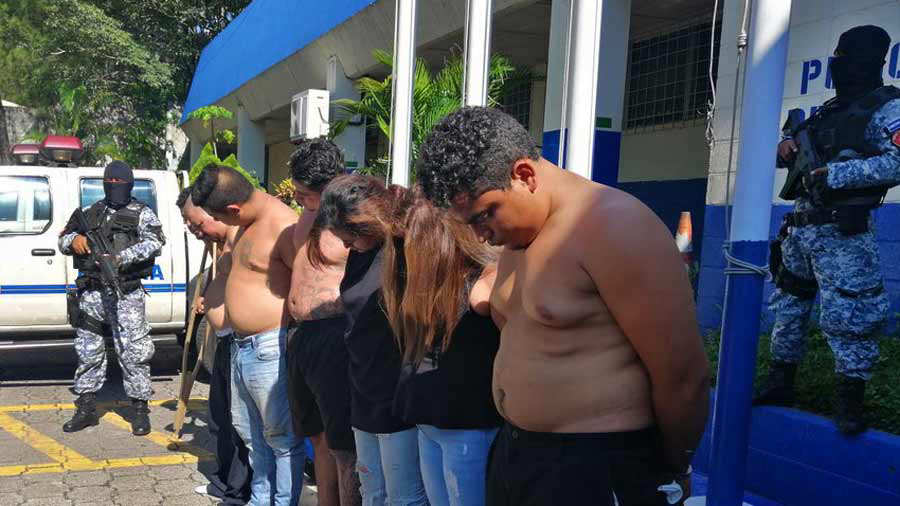 The subjects had hired the victim to move them from a restaurant in San Salvador to a house located in the Santa Eduviges urbanization and Eucalyptus Street.

A driver of the Uber company was found by the police in a house in Soyapango where seven alleged gang members had kidnapped him and who had orders to kill him. The arrival of the authority was in reaction to a citizen’s call warning of the crime, the National Civil Police (PNC) reported.

The victim had been hired on 29 September by gang members to transfer them from a restaurant in San Salvador to a house located in the Santa Eduviges urbanization and Eucalyptus Street. in Soyapango. According to the Police, the victim had been deceived to the place, because The plan was another: kill him.

The authorities explained that at Uber driver They found him bound hand and foot. Next to him they found seven members of gang 18, including two women. All were caught in flagrance.

According to the police officer, identified by his last names Castro García, after a call to the 911 emergency system following a scandal they were causing they moved to the Santa Eduviges neighborhood of Soyapango, where they found “seven terrorists from gang 18 together with the victim”.

“The victim was rescued alive thanks to the reaction of the Police and the citizen complaint, which they begin to call, they have more confidence in the institution thanks to the sacrifice they are making,” said the officer.

#Soyapango | Officer Castro Garcia explained that the procedure was carried out by agents of the 911 Emergency System. #PlanControlTerritorial. pic.twitter.com/rtxO7TXFnM

The call was made at hours of this morning and staff of 911 Soyapango moved to the area where they verified the complaint. “The order that these gang members had was to kill this citizen,” police said.

According to the Police, Raúl Brahona has information that he is the leader of that criminal structure.

All will be prosecuted for the crimes of deprivation of liberty, terrorist organizations and illegal use or occupation of real estate.

In the procedure they were seized phones and the victim’s car. He said that these individuals were committing crimes in Apopa, specifically in the area of ​​the Popotlán neighborhood and had taken refuge in that area of ​​Soyapango, where they continued to commit misdeeds.