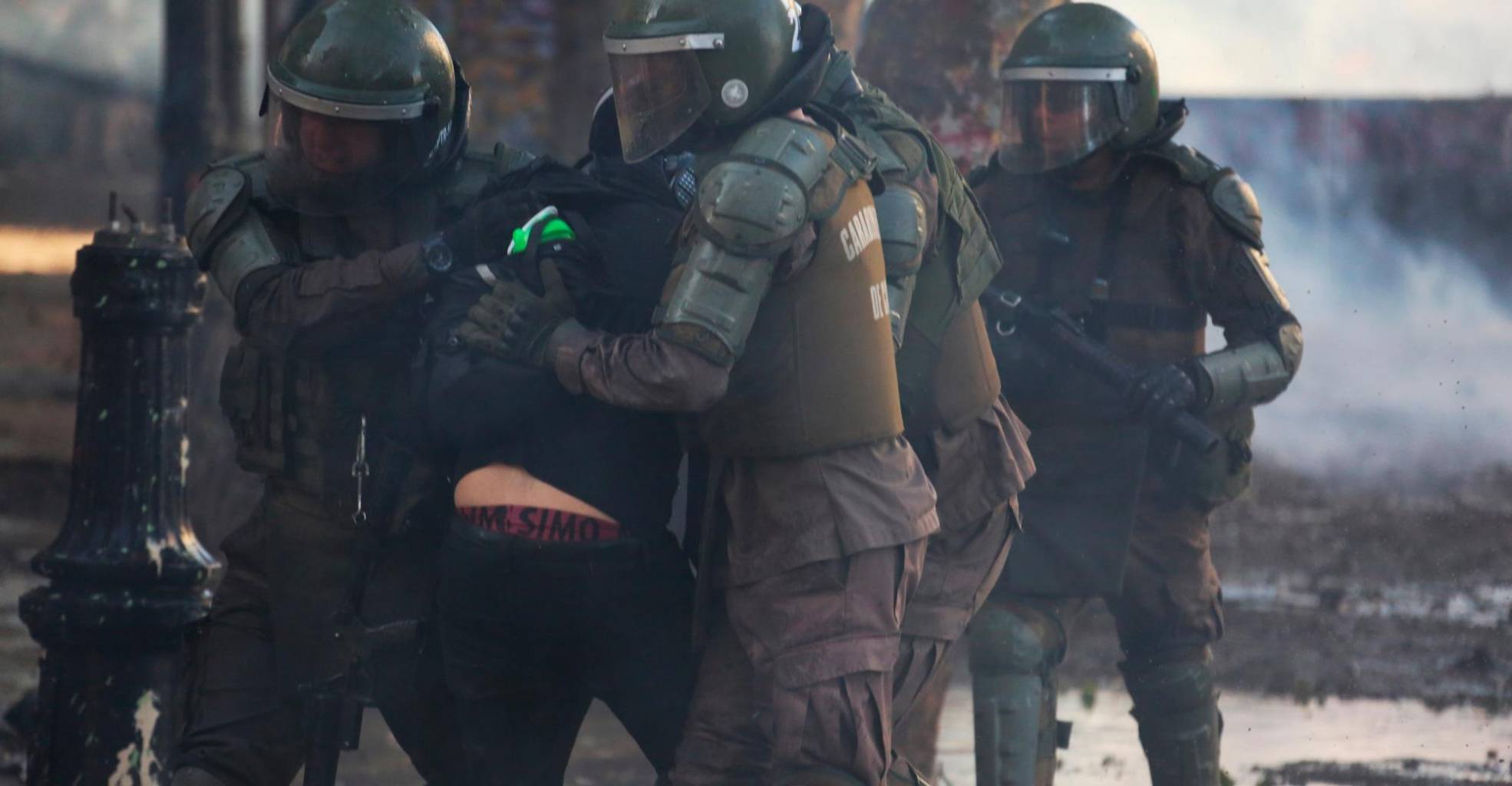 The police force of Carabineros de Chile faces acts of violence that have not ceased in the 40 days of social crisis in the country and that have opened the debate on its capacity to guarantee security and rebuild public order.

The controversy comes after a night in which 12 fires, 54 looting, 12 events of damage to public furniture and 14 attacks on barracks across the country were recorded, according to the official report released Wednesday by the Ministry of Interior.

These are phenomena that are accompanying the Chilean social outbreak since its inception, which keeps a multitude of citizens manifesting themselves in a mostly peaceful manner in the streets in demand of a more equitable socio-economic model, but which in parallel has already left 23 dead in different acts of violence (fires, abuses and five of them allegedly due to the action of State agents) and thousands of injured.

In addition, hundreds of complaints about human rights violations weigh in the containment of protests in Chile, observed by various international organizations, such as Human Right Watch (HRW) or Amnesty International (AI), in addition to the National Institute of Human Rights (NHRI) of Chile.

'We are retiring, we are overwhelmed ’

The controversy over the capacity of the Carabineros body has gained strength this day after an alleged audio of a carabinero was leaked that before a looting in a shopping center in El Belloto (in the region of Valparaíso -center-) assured that the agents They had to retire because they were overwhelmed.

'We retired from El Belloto. We are absolutely outdated. I have injured police officers, stoned vehicles, Molotov bombs, I don't have gas, I can't fire shotguns. There is the cagá. We are not bound to the impossible. We have practically melee. The more we can't, the more you can't ', it is heard in the audio.

The country's Minister of Defense, Alberto Espina, reinforced this idea during his participation this Wednesday before the Defense Commission of the Chamber of Deputies, where he said the police are overstepped.

'The situation the country is experiencing is extremely critical in terms of security, it is reaching levels of violence that were not registered in Chile since the return to democracy under any circumstances. Assaults, looting, confrontations in the street between citizens, police and carabineros absolutely overwhelmed and overwhelmed, 'said Espina.

On the other hand, from the Colonel of Police Carabineros Julio Santelices said that 'the police are not exceeded', although they are exhausted after 40 days of protests and acts of vandalism that never cease.

'The carabineros are not exceeded. We have shown that we are more united, more cohesive than ever. We have all our command in the population. Our carabineros, although they are tired, exhausted, maybe very injured, but very united and cohesive, 'Santelices said.

The colonel also showed his confidence that together with the Investigative Police 'they will' reestablish 'public order' and asked the community for collaboration to end the acts of violence.

On Tuesday, there were 99 serious violence events that left 109 police officers injured, 30 civilians injured and 915 people detained throughout the country.

The 12 reported fires affected public buses, a pharmacy, a bank branch, a road toll booth, a Regional Secretariat of Education, several commercial stores, the headquarters of the Communist Party of Chillán (center) and the newspaper El Líder de the city of San Antonio (center).

The 54 looting affected local and commercial establishments in different regions of the country, while damage and vandalism were also reported against the headquarters of the National Congress, located in Valparaíso, some subway stations, the newspaper La Estrella de Iquique (north), the offices of a court in Santiago, two provincial governorates and two municipalities.

Finally, 14 attacks on police headquarters were reported, eight in Santiago and six in the rest of the country.

The help of the army is sought

The debate on police capacity comes at a time when the Chilean Government has sent a bill to Congress that seeks to enable the Armed Forces to protect public services and infrastructure such as hospitals, drinking water plants and telecommunications systems, among others, without the need to decree states of constitutional emergency.

In this way, it is intended to release the police officers who do that work so that they can patrol and combat violence.

In addition, the Police of countries such as Spain, France and England will help and instruct the Chilean state in procedures to address situations of violence such as they face in this crisis.