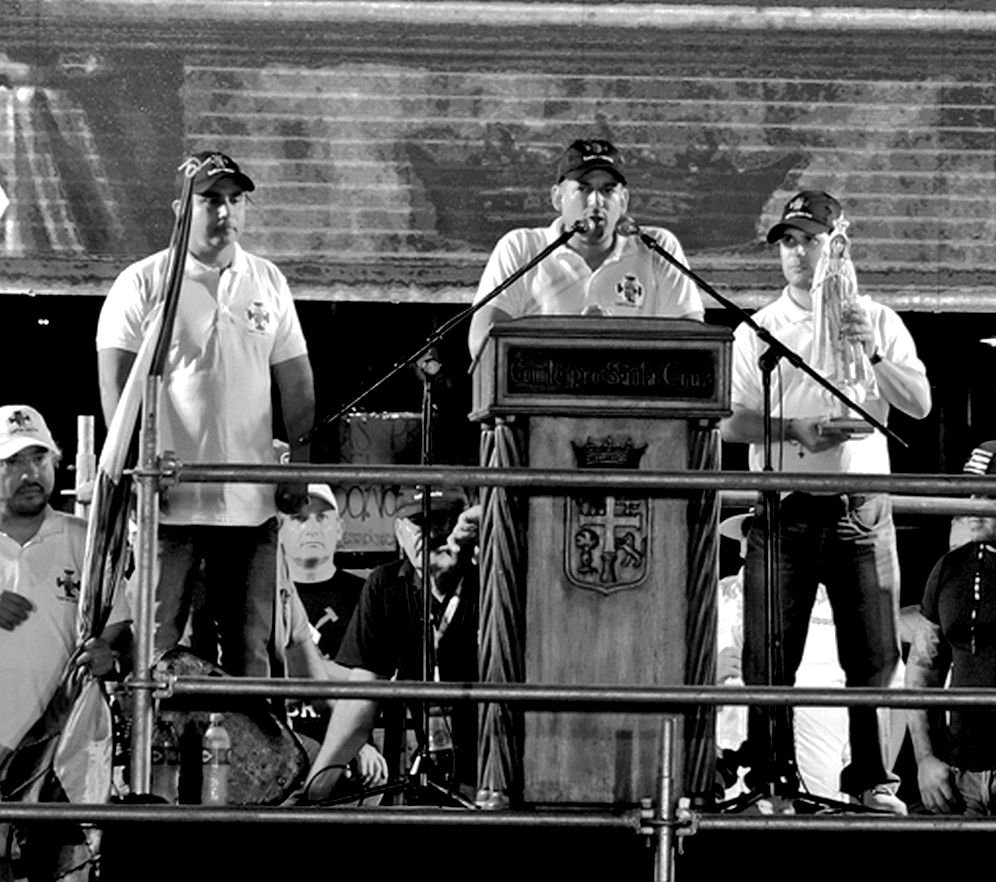 Beyond agreeing with a new election or, in the last case, with a second round as possible exits to resolve the current conflict in the country and thus restore in a better way the confidence in the democratic system in Bolivia, it is necessary make a critique of the theological and political discourse expressed by Luis Fernando Camacho, president of the Santa Cruz Committee, in recent days. And mention the risks that the current conflict in the country is understood as a religious conflict or a ethnic-racial conflict, rather than an institutional political conflict and resolved within that framework.

It is worth mentioning that from the political theory, political discourse is a type of language related to the framework of power, a language that enables the formation of identities in society (Marsh and Stoker, 1997). This phenomenon is studied from political science, beyond being an instrument of political communication, as a support for symbolic domination, hegemnic articulation and social legitimacy.

In this context, Camacho's speech, mentioning that the Bible returns to the Government Palace, on the one hand, shows that it seeks to understand political life in terms of religion and to see political institutions, such as the State, as if they were theological institutions, which is not correct. In this regard, history shows us that the unification or confusion of religion and politics brings coercive religious laws. More knowing that religious morality cannot be imposed, legislated or won from the State; Christian faith cannot be achieved with a crusade or conquest, as was the imposition of the Catholic faith in the beginnings of the Spanish conquest of America.

The establishment of a faith through the State, as was also observed in the Middle Ages, caused much persecution and death, both among Protestants and Catholics who believe differently from the official state religion. That is why it is very important to understand a proper relationship between religion, church, politics and the State in the handling of the discourse of any political actor in this century, and this was exemplified in a very wise way in the life of Jesus Christ when he said: () Give to Csar what belongs to Csar, and to God what belongs to God (Matthew 22:21).

On the other hand, it should be mentioned that the plural church in Bolivia has to be aware that as its role expands in society, it must be very careful in its relationship with the Government and politics. The Church must act separately from the State, so that its persuasion is not coercive, nor is the order of the State confusing. The identity of each of them is vital. They must keep it. The Church has the mission of evangelizing the human family so that each person has the opportunity to receive salvation and eternal life, according to their belief, and the State has the mission of administering power and material resources to ensure freedom, the order, and the sustenance of all the inhabitants of the planet.

According to history, uniting the Church and the State is a terrible mistake. Separated, they are useful and valuable for the life of the world. United, they come to be a mistake, both for the political body and for the ecclesiastical body.

Returning to the issue of the separation of the region and politics, it should be mentioned that a State and its laws should not be prescribed to a religious profession; because these laws are guarantees of political and civil rights; and since religion does not touch any of these rights, it is of an indefinable nature in the social order, and belongs to intellectual morality. Religion governs man in the house, in the cabinet, within himself: only she has the right to examine his intimate consciousness. Laws, on the contrary, look at the surface of things: they govern only outside the citizen's house.

Applying these considerations could a State govern the conscience of the subjects, ensure compliance with religious laws and give the prize or punishment when the courts are in heaven, and when God is a judge? The inquisition will only be able to replace them in this world. Return the inquisition with your ideas? Religion is the law of conscience. Every law on it cancels it, because by imposing the need on duty, it removes the faith from faith, which is the basis of religion. The precepts and sacred dogmas are useful, luminous and metaphysical evidence; We must all profess them, but this duty is moral, not political (Simn Bolvar. The speech before the Congress of Bolivia).

On the other hand, analyzing the political discourse of Luis Fernando Camacho, understanding the discourse not only as a written and spoken language, but as any meaningful action, whatever its context or material support, it should be noted that said discourse is not consistent and Very changing over time. On the one hand, he mentions that raising a list of traitors to the democratic cause, Pablo Escobar style, in Santa Cruz. On the other hand, he prays and receives the blessing of evangelical pastors, just like Bolsonaro in Brazil.

Then, on October 21, he gave Evo Morales a 48-hour term to convene a second round, under the threat of possessing Mesa as President. Subsequently, ask for a second round. Then he asks for annulment of the elections. Finally, on November 2, he asks for the resignation of President Evo Morales, given a deadline of 48 hours, until Monday, November 4, to resign once and for all. It is not the first time that the civic leader gives deadlines. He did it on October 4, when he gave until noon of 7 to expel the illegal colonizers from Chiquitania, under threat of withdrawing them l.

Although it cannot be denied that Camacho's leadership has several interesting elements, such as well-placed pants, some will say, when he went only to La Paz with Evo Morales's resignation letter; also, on the other hand, it shows little capacity to organize when he received it in El Alto. It is worth asking why they did not appear at the airport of El Alto Albarracn, Villena, Mesa or any of the Conade? Is there a coordination between the civic and political actors of the opposition? It is very likely that Camacho is not listening to the other leaders of the opposition and we are facing the emergence of a messianic leader who seeks to draw attention to the measures he takes.

With regard to the speech of Luis Fernando Camacho in the town hall of November 4, the intentionality of mixing religious and political elements in his speech is clearly identified, by the icons shown while addressing the citizen, such as the use of the image of the Virgin Mara, the use of the papal altar, which shows him as a martyr of democracy and as a messianic leader who established the kingdom of heaven in Bolivia by bringing the Bible to the palace.

With so many elements of political and social reality, the speech of the president of the Santa Cruz Committee uses deliberately religion as an instrument of hegemnic articulation and social legitimation of his leadership, and shows as if the conflict that Bolivia is experiencing is a spiritual warfare between Christians and pagans. In this context, religion becomes a device and artifact of polarization with the followers of the MAS, opening the positions to religious fanaticism in the political struggle.

Thus, the grotesque and irreverent instrumentalization of the Christian faith in the legitimization of the leadership of the Santa Cruz Committee is evidenced. Bypassing one of the ten commandments recorded in the book of Exodus 20: 7: Do not take the name of Jehovah your God in vain; for not giving Jehovah innocent who will take his name in vain.

In this context, it should be mentioned that only the prudent exercise of politics, understood in terms of negotiation and dialogue, can save us from reaching a greater bloodshed in the country. But, also understanding that the intercessory prayer of the Christian and Catholic people greatly help political, civic and social leaders find the spaces for dialogue to resolve the current political crisis and restore the right to free locomotion, and the work that it allows to take the bread of each day to the most humble homes.