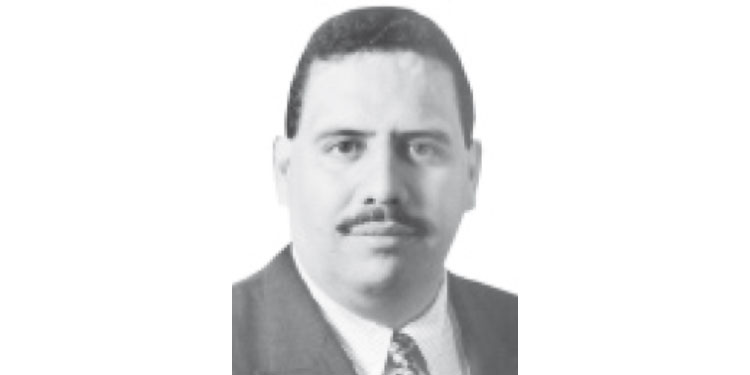 Enrique Alejandro Pinti, is a great actor, humorist, theater director, writer and playwright from Argentina, born in Buenos Aires, in 1939. He is the creator of a lot of sketches, stories and monologues for television programs, as well as plays. In 1989, his humorous political monologue "Vote Pinti" was brought to the screen, where he makes an extraordinary and very tight historical review of democracy and law, from its Greek and Roman roots, to the present day. Of course, at first they call attention to it, two things: First its jocular form, and second, the fast-paced way in which it says them, by the way, not easy to follow. His monologue says:

“What happens is that the Greeks did not settle for the Oedipus complex and the Electra complex, so they went ahead and invented forms of government that still govern us today. They first managed or ruled with the aristocracy, which was the government of a few, then the plutocracy that was the government of the Pluto dog, which I don't know what the fuck it was, and then one afternoon they were there at the forum, the Parthenon, they didn't have a damn thing to do, very idle people, they always were, some said: and the aristocracy is over, with the plutocracy where we are going to stop, because we don't invent a new one, and one said: democracy … there we embark, we embarrass because today people don't know what that means. ”

“Democracy is like saliva, you saw, everyone has it in their mouths but nobody knows what it is for or where it comes from. What happens is that if we go to the etymological meaning of the word it would seem as if we mean people and government, therefore, it means "government of the people", but they sleep peacefully, the people did not rule in the fucking life in any epoch, in no civilization. They always elected representatives who in 80% of the cases ended up darning it. Besides, the Greek demos, the town, was very select, because not everyone could be a town in Greece. ”

"No, no no … you imagine the assemblies with the people gathered in the square trying the laws, and suddenly a croto (a lazy man) raised his hand and said:" No, I oppose ", no, no, no, To be considered a people in Greece, he had to meet many requirements: he did not have to be a slave, a craftsman, or a commoner, the women had no voice or vote, the boys did not count, and then who was left? Ten old soretes that handled the threads just like now. ”

“Because the Greeks invented the Oedipus complex, the Electra complex, democracy, and since we were few and my grandmother went out at night, the Romans came and when the Romans came they ended up darning the whole story, because they invented the law. The famous Roman law, which is still today the basis of Western jurisprudence, because thanks to it all the black birds of all times of the world continue to live, thanks to the law, because until that time the laws were simple: You stole a chicken your balls were cut, there wasn't much to talk about. ”

"Then the right appeared with such sophistication, that the section, that the subsection, that the habeas corpus, which depends on which egg, on which hen, on which hen he has stolen … finally ended up cutting the" geese "to the owner of the chicken coop , and the thief installing a hatchery with all the eggs he had stolen, in total, until the sentence came out. Done the law done the snare. And the first who cheated the law, who were they? Those who had to enforce it, from the emperors to the last Lic … all corrupt.

“The Roman emperors, for a good one they had, had ten degenerates like Nero, like Caligula. Caligula, that Roman emperor who made a horse minister … that example has spread so much in the twentieth century, but so much, so much. Of course, Caligula was quite modest, because he put only one horse minister, there are other rulers who have put complete stables in the cabinet … we are still paying for it. ” In my opinion, said in one sentence: Great monologue.