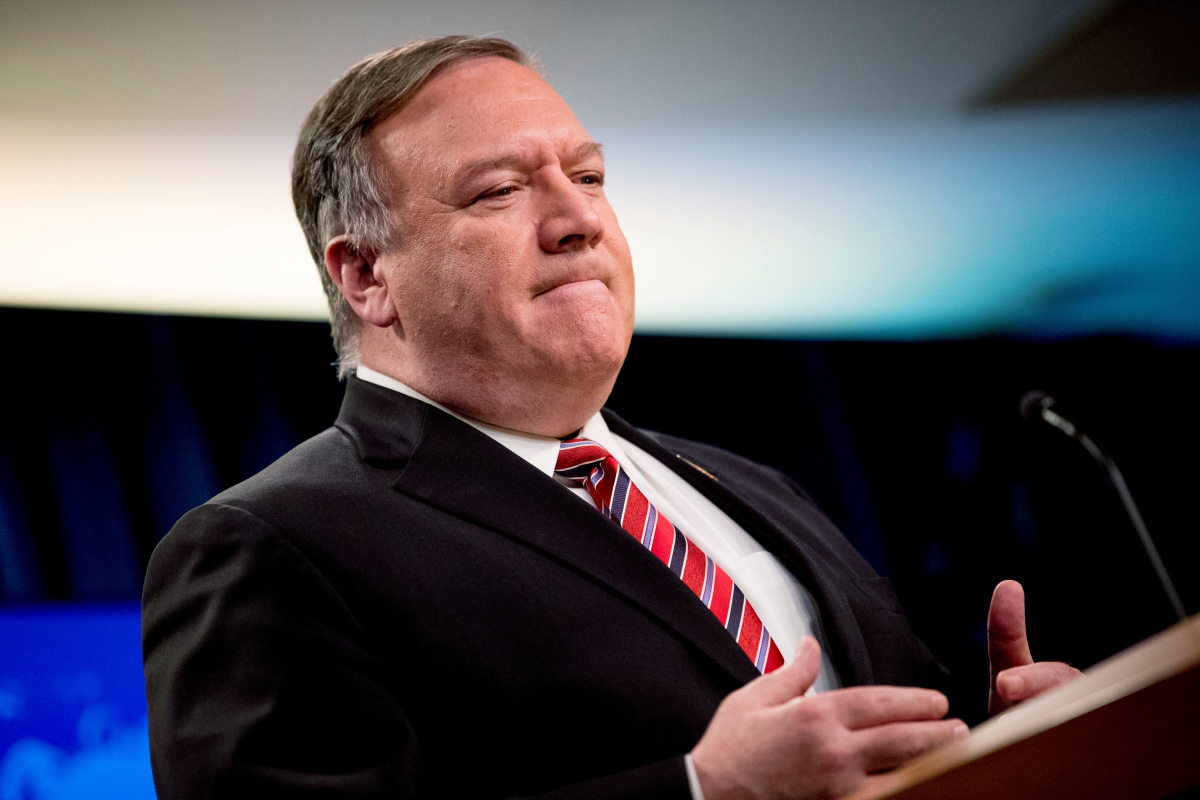 USA Asks to enlist embassy for when Maduro leaves power 0:55

(Source CNN) – The United States Secretary of State, Mike Pompeo, told CNN and other media this Wednesday that the pressure they are exerting against the Nicolás Maduro regime “is greater than ever, thanks to the sanctions, to the support of the international community and the strategy implemented ”.

To this is added, he assured, “the fall in the country’s income as a result of the collapse in oil prices, the mismanagement of resources, the coronavirus and also the will of the Venezuelan people.”

Pompeo stressed that they know that people wonder how they could survive the current situation. For this reason, he announced that his team is thinking about how they would reopen the United States embassy in Caracas once the transition begins.

The Maduro government has not commented on this latest statement.

The Secretary of State affirmed that they are supporting the people of Venezuela and expressed the disposition to recover the close relationship that the two countries have had.

The official said that they have communication with the Maduro regime all the time, and explained that those contacts are consistent with the idea they have about how democracy should return to Venezuela.

In this regard, he noted that the Department of Justice has been consistent in acting against illicit drug trafficking and other crimes that are unacceptable. “They are putting the United States at real risk,” he added.

When asked by CNN if a maritime blockade is planned or how far the White House is willing to go at a time when Maduro seems firm in power, Pompeo assured that they do not usually announce the anti-drug operations in which they are involved, but he left Of course they have a goal that has remained unchanged.

He ratified his commitment to do everything possible to help the Venezuelan people achieve that goal.

Regarding whether they have consulted the Mexican government about the links between Maduro and the drug cartels in that country, Pompeo assured that they maintain communication with the Mexican authorities and that they are hopeful that they will work together.

The United States special envoy for Venezuela, Elliott Abrams, also present at the conference call, added that they are working with the Mexican government, to whom they have expressed their great concern over this issue.

Abrams said that the State Department and the Treasury Department are advancing an active investigation, and that when they consider that they have enough information they will supply it to the Mexican government, which, he notes, has in the past cooperated with them to eliminate this type of exercise.

Abrams assessed the situation facing the Maduro regime, which, he says, is getting closer to Iran. “We assume that they are paying cash for a barrel of oil, which means that none of their supposed friends, such as China and Russia, is willing to lend to them.”

Abrams stressed that they will continue the investigation in Mexico and ended by saying that they need to take more measures.