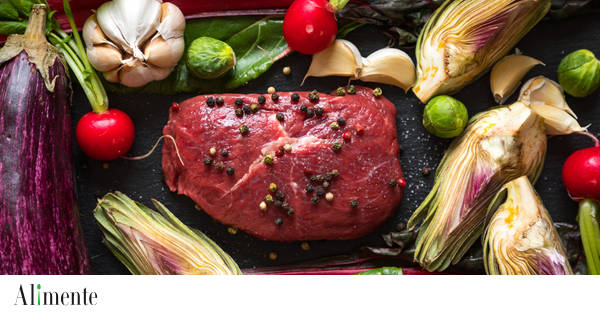 When in 1859 Charles Darwin wrote ‘The Origin of Species’, really the brown mess. They love to throw themselves on all the creationists – who still today deny evolution and give all the war they can – marked a before and after in biology, a discipline that, from then on, developed always keeping in mind Evolutionary thinking But perhaps he did not have such a significant influence on medicine, that he continued without looking at our remote past and, of course, continued to study the disease from man and not from the species.

In the mid-90s, however, something began to change. The publication of the famous ‘Why we get sick: the new science of Darwinian medicine’, by Nesse and Williams, proposed a new way to address health problems: it was to move away from focus to gain perspective, to look at the past to understand Better present. It was, in short, trying to understand diseases from the point of view of our evolutionary design.

“Darwinian or evolutionary medicine is a branch of medical science that aims to study the disease in the context of biological evolution,” explains Dr. José Enrique Campillo, Professor Emeritus of Physiology and author, among others, of ‘The monkey obese ‘or, more recently,’ Homus Climaticus’. To better grasp the idea, it suggests that we think of evolution as an engineer who designs a prototype of a machine and adapts its different mechanisms according to the needs that arise in normal life. This design would be perfect to overcome the adversities of everyday life, but if it is subjected to sudden and shocking changes without giving the engineer time to make the necessary adjustments, the machine will fail.

That machine is us, of course. “Evolutionary medicine believes that many of the diseases that afflict us today are a consequence of the incompatibility between the evolutionary design of our organism and the use we give it today.” A clear example of this is that of our spine, which is a perfect design for walking, but not for eight hours at a table with a computer, or two hunched hours hooked to WhatsApp. Improper use of design: consequence, disease.

Dr. Campillo was, along with Loren Cordain, a pioneer in the application of Darwinian medicine to food and its consequences. The question ‘why do we get sick?’ Thus became ‘why are there foods that make us sick?’. “And the answer was clear: because we consume them against our evolutionary design.”

Cordain was the architect of that money maker that is today the paleodiet. And although in his name they have been done, and are still being done, many nonsense, it is worth it to see how, under the magnifying glass of evolution, it is possible to understand some of the evils that afflict us today.

“Since we were apes, we have been going through different stages. Different climates formed different habitats that conditioned food. Thus, our metabolic systems were changed so that we could adapt to the needs of that moment ”(‘ that moment ’, in evolution, can be millions of years, let’s consider it). If droughts or glaciations condemned our ancestors to go hungry, our ‘engineer’ led them to be able to accumulate fat. A lot of fat: “There is no other animal with a greater capacity to accumulate fat than us. Neither the bear nor the seal. And at that time, two million years ago, this ability gave us survival advantages. ”

“There is no other animal with the same capacity to accumulate fat as we do. Neither the bear nor the seal”

Our ancestors ate very little and only occasionally. That was the design. What happens is that, in a brief (this time yes) period, we have gone to eat not only every day, but also very caloric foods … and also without spending energy to hunt or cultivate them. All this becomes obesity and diseases linked to it.

In 2010, a team of 50 geneticists from around the world partnered to carry out a gigantic study. They took a sample of 250,000 people and looked at a specific aspect of their genetic profiles: they wanted to see what genes were involved in this ability to ‘save’ energy to which we have referenced, what genetic mutations were what had led to this accumulation of fat, those reserves.

The results of this study were published in ‘Nature’ and revealed not only that there were 34 saving genes, but also that there was a clear correlation between people with a higher body mass index and those with a greater number of saving genes. “These data mean that, at one end of the table, there are people who have inherited very few of these genes; therefore, they will always be thin; on the other extreme are those who have inherited many saving genes: they are fat children and they will be fat adults. It is impossible to lose weight through diet, so you have to resort to surgery and pharmacology. In between we are the great majority of the population ”.

Two million years ago, while Lucy and her entire troupe walked through the forest, that package of saving genes was a guarantee of survival: they allowed if they found a dead elephant, for example, they would frighten the vultures and stay a few days at their Around, satiating. Their enormous capacity to accumulate fat allowed them to assimilate it at full speed. Although they spent a week afterwards with nothing to put in their mouths, they had reserves to survive. But, in addition, the engineer made another change in the design: since our ancestors barely received glucose from their food, it caused a certain resistance to insulin to prevent them from suffering from hypoglycemia. That resistance that comes to us ‘from the factory’ is a key piece to understand the current epidemic of type 2 diabetes.

How is it possible that in our environment there are undernourished obese? Dr. Campillo looks back 10,000 years ago, from the Paleolithic to the Neolithic. “At the time when our ancestors were hunter gatherers, more than 250 different foods appeared in their diet. Roots, seeds and fruits of all kinds; insects, small reptiles, birds … Given this diversity, even if we eat a small amount, we guarantee all nutrients. With the Neolithic – and agriculture and livestock – there was the law of the food funnel: we went to eat only what we cultivated and domesticated. This trend has been accentuated, so now we eat more and fewer things every day. ”

“If we feed the genes poorly, the metabolic pathways they control will cause disease”

According to his research, this situation is a drama in two specific moments of life: adolescence and old age. “There are 12-year-old kids who don’t eat beyond ten foods: potatoes, rice, pasta, bread… The same thing happens in older people. And you have to try the widest possible variety of fruits, meats, fish … I always advise that you change your brand, even as a butcher. “

Mentioning the Paleolithic means, of course, talking about the Paleo diet. And without being a concept that dislikes him, he avoids extremism. “In food, too many times they mix morals, religion, philosophy… There are tremendous ideological connotations and, in fact, it leads to the extreme that there are people who only eat what they hunt. With bow and arrow, too. We cannot claim to consume those foods that reproduce exactly what our ancestors consumed, as proposed by some of the angry supporters of the so-called paleodiet. “

Since we are genetically the same as 40,000 years ago, it is logical to think that “if we feed those genes well, they will do their job well while maintaining our health. But if we provide these genes with strange nutrients or in inadequate amounts, both genes and metabolic pathways that they control will malfunction and cause disease. ” His proposal is to eat according to our evolutionary design. And that would draw us a pyramid:

50% of our food must be like that of Ardipithecus ramidus. This ancestor was primarily fed on fruits, young shoots, seeds, stems … “Most of our food should be composed of fruits, vegetables, roots (such as carrots), bulbs (such as onions, garlic …).

“Our diet is based on foods that take very little time between us, and it is a mistake”

30% like Australopithecus aferensis. In the years in which these ancestors lived, fresh vegetables began to be scarce. They consumed when they could the same as their predecessors, but they searched the ground and found tubers, green seeds, nuts … And they completed their diet with honey, eggs, insects, fish … The consumption of food of animal origin began . 18% like that of Homo ergaster. Two million years ago, climate changes made plant foods very scarce; To survive, we had to turn to animals. “We, to be consistent, should take some meat, eggs and fish.” 2% the news provided by Homo sapiens sapiens. With the passage to the Neolithic and the development of agriculture and livestock, new foods emerged. Milk, legumes, oils … but also, especially in recent decades, sweets, sugars, processed … “Today, our diet is mostly based on these foods that have been with us for a short time and it is a mistake. Now , numerous defenders of the paleodietas reject the consumption of milk or legumes because they are not ‘paleo’, but it is an impractical attitude “.