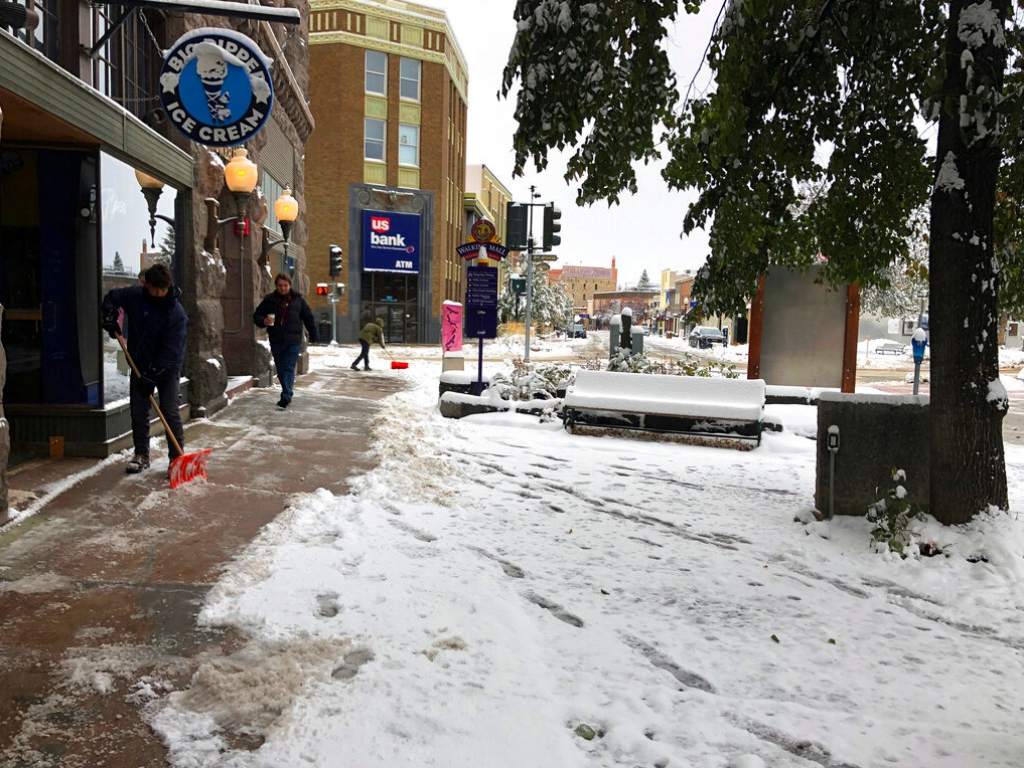 SOUTH DAKOTA, UNITED STATES.- The classes were canceled and there were problems with transportation in several states of the United States because of a powerful storm with winter conditions that crossed the Great Plains, authorities said Thursday.

Winter storm warnings and alerts extended from Wyoming and Montana to western Nebraska and headed to North and South Dakota, as well as Minnesota. Meteorologists predict that the storms would cause strong winds and heavy snowfall until Friday, with low visibility conditions.

Snow and gusts of wind near 65 kph in some areas made transfers dangerous.

In some communities, people cleared the snow instead of the autumnal leaves.

"The earth is hot below, so as soon as the paleas the sidewalks are clear," said Drew Peterson, owner of a pharmacy in Chadron, where more than 12.7 centimeters (5 inches) of snow has fallen so far.

Meteorologists predict that 30.5 centimeters (1 foot) of snow or more will fall in parts of South Dakota and North Dakota until Friday and almost the same amount in Nebraska.