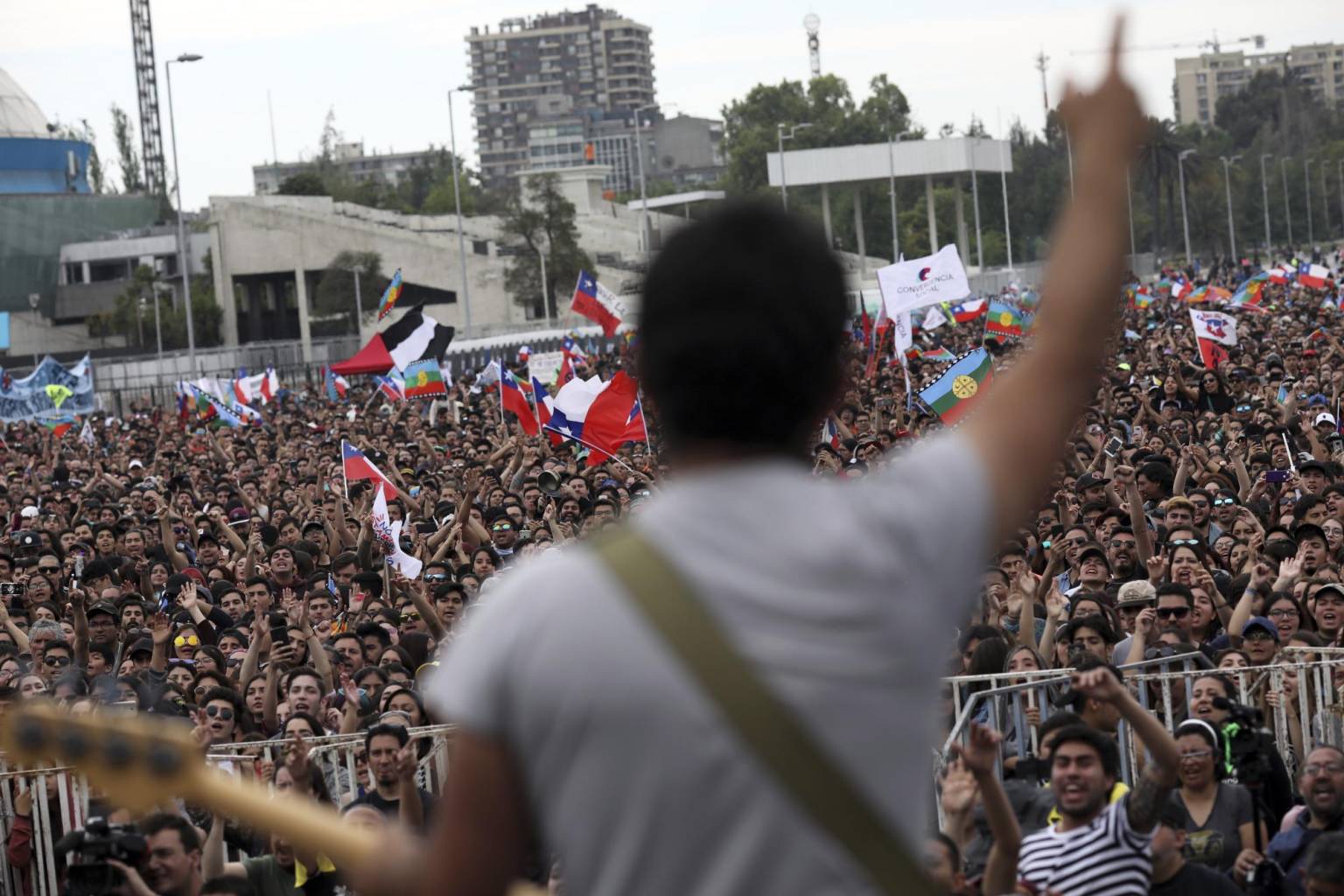 SANTIAGO, Chile (AP) – President Sebastián Piñera continued on Sunday without being able to stop the massive protests in Chile on the tenth day of a social outbreak that daily expands its demands, from more cycle paths to a new Constitution.

However, the acts of vandalism in the country are decreasing markedly: from 33 the day before to 16 the last day, the government said.

Some 15,000 people – according to the police – gathered in a park near the center of Santiago to participate in the festival “For the right to live in peace”, with the presence of various artists.

On the other hand, a thousand cyclists circled between the 12 blocks that separate the government palace from the main square of the Chilean capital, which on Friday was the scene of the largest demonstration in the country's history – with more than 1.2 million people_, while popular neighborhoods increase in popular neighborhoods. The “cicletadas” were also carried out in cities in the north and south of the country.

In the afternoon more protests of a musical nature were expected.

Meanwhile, the political class awaits a cabinet change that Piñera announced the day before.

The range of social demands ranges from wage increases to increases in pensions, better health care, more education and housing, as well as a reduction in tolls, more bike lanes and changes to the Constitution.

Piñera announced on Tuesday a social agenda that includes reductions in the prices of electricity and medicines, increases in the pensions of the poorest and the minimum wage, and decrease in the salaries and benefits of parliamentarians, ranging between 27,000 and $ 44,000 per month. It also analyzes lowering water and tolls rates, he added.

The political analyst Marcelo Mella told The Associated Press that Piñera must reach agreements with the political class, because he cannot dialogue with the protesters, who are "a very complex movement, there is no interlocution of the movement." So far they have not ruled in favor of any party and lack a spokesperson.

The president "has a very low level of support at the level of public opinion," he added, generating incentives in the center-right opposition to not negotiate.

Only three out of six opposition political parties on Tuesday accepted an invitation from Piñera to negotiate on ways to solve the crisis.

The president must choose to respond to demands for changes to the political regime – such as reforms to the Constitution, Mella added, or to the free-market development model left by the Augusto Pinochet dictatorship, including tax reform and the retirement system. , and curb “any possibility” of constitutional accusation announced by sectors of the leftist Frente Amplio.

The violent social outbreak on Friday, October 18, which followed student protests against a rate hike in the underground transportation system, resulted in protests not seen even during the bloody Pinochet dictatorship (1973-1990).

The government informed that “as of 00:00” on Monday, October 28, the state of emergency that governs the majority of the South American country of 18 million inhabitants will be lifted. The curfew was left without effect in several Chilean cities.

The journalist Marcos Sepúlveda in Santiago, Chile contributed to this office.