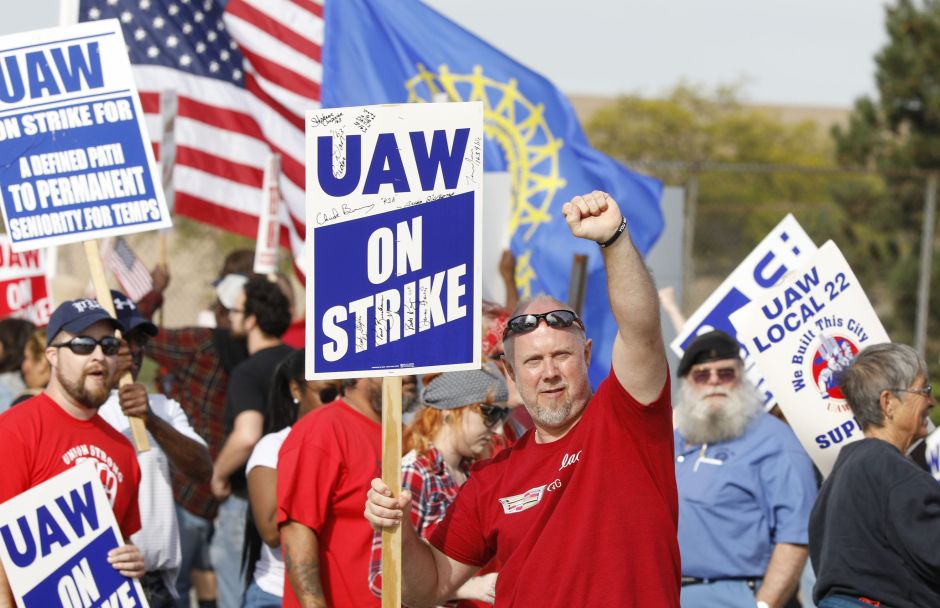 Strikes by members of United Auto Workers (UAW) against General Motors are close to 30 days.

A month in which an estimated 50,000 employees in 19 states of the United States have protested against the largest manufacturer in the country for several reasons. The most important of them: better wages, job security and a stop to layoffs.

"We have made it clear that there is no job security for us when GM products are manufactured in other countries for the purpose of selling them here in the United States," Terry Dittes, vice president of the Union, said in a statement. “We believe that the vehicles that GM sells here should be built here. We do not understand GM's opposition to this proposal. ”

Yesterday, Mary Barra, CEO of GM, met for the first time in person with the leaders of the UAW, which had not gone on strike in more than 12 years, Automotive News reported.

GM made a new offer to the union on Monday, after the manufacturer rejected the UAW's counter proposal. This new brand proposal has not been answered by the Union yet.

Today, the largest car manufacturer in the United States sent a message to the UAW, hoping to resume the production of vehicles that has stopped for weeks and has several delayed slopes, the new Chevrolet Corvette Stingray 2020 could be one of them.

"We have informed the union that it is essential that we re-produce quality vehicles for our customers," said Gerald Johnson, head of global manufacturing at the automaker, in a letter.

UAW replied in a statement the following: "Our members are ready to return to work, but GM is deliberately stopping the process to deprive UAW-GM workers of picket lines to protect millions of dollars in corporate bonds."

What do workers ask for?

Among the UAW's requests to GM are higher salaries, less hiring for temporary workers and more full-time jobs.

Also, workers reject the closure of two plants – one in Lordstown, Ohio, which closed earlier this year and the other in Hamtramck, Detroit, which will close in early 2020 – which GM announced at the end of 2018.

Two other issues have kept the strikes burning are health insurance and job security.

“We defend General Motors when they needed us most. We are now united in unity and solidarity for our members, their families and the communities where we work and live, ”said UAW Vice President Terry Dittes in a statement.

What does General Motors offer?

Regarding the issue of plants, GM said it would build an electric van in Hamtramck and that Losrdtown will build batteries for electric vehicles, but it will take some time and activities will not start immediately.

He also promised to open negotiations and even made his offer public to the workers. This is what GM offers:

Preserve 5,400 jobs and invest $ 7,000 million in its plants in the United States.
Offer increases in wages or lump sum in the four-year agreement.
A $ 8,000 bonus per member
An improved formula for sharing profits
How the events happened

The workers began their strike on Monday, September 16, after there was no agreement.

On Tuesday 17, the talks between UAW and GM continued, but the problem got worse when GM said that the protesting employees would stop receiving health insurance coverage under the company's plan and would be transferred to Union coverage. , called COBRA.

“We understand that strikes are difficult and harmful for families. While on strike, hourly employees will be eligible for COBRA so that their health care benefits can continue. ”

While there are no changes in the type of coverage and no employee or member lost their insurance, the decision was not liked by UAW.