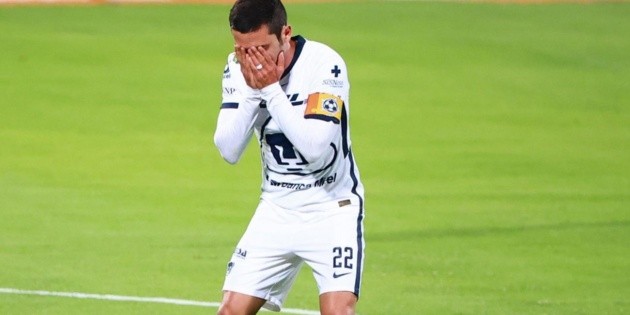 After Pumas UNAM presented its five reinforcements for the Apertura 2021 and the renewal of Johan Vásquez was made official, it was believed that Andrés Lillini’s squad was closing ranks for the next tournament. However, an interest of Tigres UANL in Juan Pablo Vigón has led to the reopening of bets for other possible arrivals.

In a conversation with the reporter Alan Lara, from Telediario, Jesús Ramírez confirmed the negotiations between both university squads for the pass of the midfielder and captain of the felines. In addition, the sports president auriazul stressed that the UNAM would go to the market in search of a reinforcement that supplants the possible departure of Vigón.

“Obviously the situation is not given 100 percent, there have been talks but there is nothing concrete. It can happen, obviously we have players in the Cantera who may have a chance, but I think that to complement the team we would have to, in the If Vigón left, I think we would have to look for someone, “he said.

And it is that the conversations between both groups have intensified in the last hours. Both the selling club, the player, and the buying team are about to carry out a negotiation that would leave a good flow of cash in the coffers of Pumas, but this is the main obstacle for which there is still nothing closed: the money.

From the noble zone of Cantera they are refused to let the captain leave for less than 3 million dollars, while from the Volcano they do not want to raise the offer of 2.5 mmd, so there will still be cloth to cut until everyone reaches an agreement. The truth is that Vigón would be with a foot and a half outside Ciudad Universitaria and the club and he knows that he must keep his back with another reinforcement.