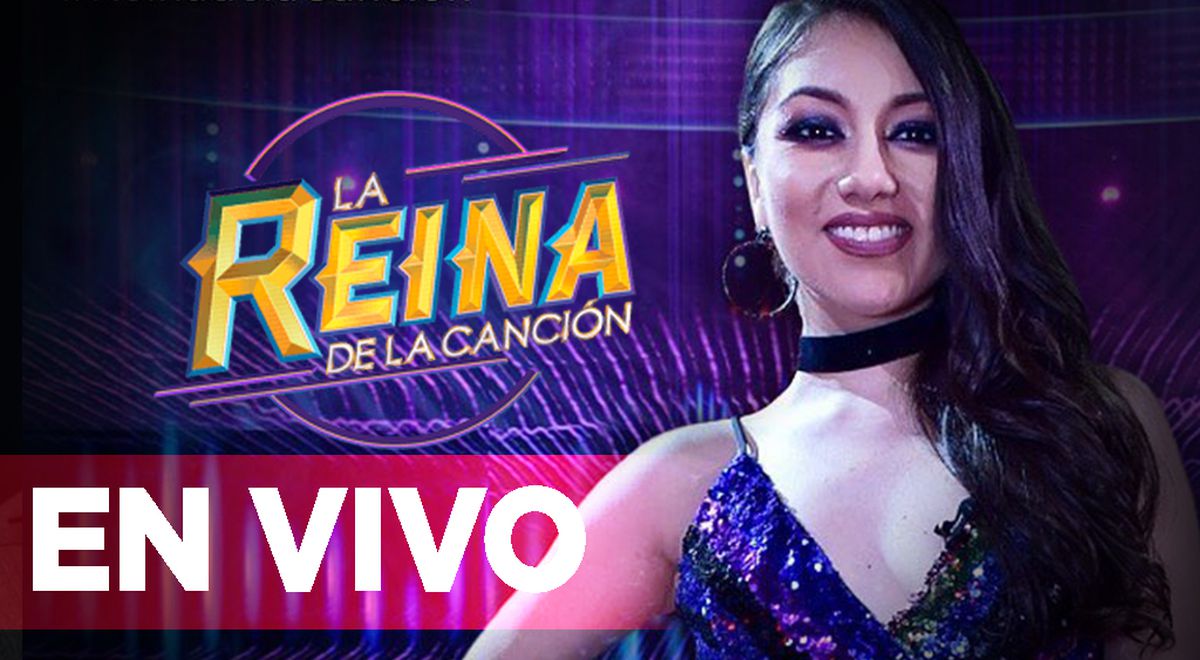 The 20-year-old Cuban, Yennis Bencosme, delighted the jury that qualified “Queen of the song” with a romantic theme that she performed with Pedro Capó.

The Cuban-Ecuadorian participant Victoria "Vikina" Cristina López lit the dance floor with the hit song "Another drink" by the urban performer Sech, with whom she sang and impressed the jury.

“Despite the things that happen on stage, those things are going to happen. You are going to run out of sound, you are going to fall but the good thing is that we continue, we continue with energy, ”said the Peruvian Fátina Poggi after getting off the stage of“ Queen of the song ”.

Fatima Poggi dazzled with urban theme in "Queen of the Song"

The Peruvian representative Fatima Poggi left to leave everything on the track of "Queen of the song", to interpret her first urban theme by Sony Music

The Mexican Gladys Ruiz was the first eliminated from the gala

The 31-year-old artist, Gladys Ruiz was the first eliminated in the semifinal gala of "Queen of the Song."

Thus begins the reality "Queen of the song"

The host of the program, Alejandra Espinoza, started the great semifinal of the contest "Queen of the song" that looks for the next superstar of Latin music

The reggaeton Jefnier Osorio Moreno, better known as Lunay is already in the backstage to climb the stages of "Queen of the song" and sing with one of the contestants.

The Sinaloense MS Band by Sergio Lizárraga also known as the MS Band is already in the recordings of the reality show "Queen of the Song". "The girls did not hesitate and took the photo of the memory with the MS BAND," says one of the last posts of the official Twitter account of the event.

Who is ready for tonight ?, announces the official Twitter of the Univision reality show, tonight the six semifinalists will perform an unpublished theme worked exclusively by the Sony Music family for each of the contestants. "This group will be the next superstar of Latin music," the producer of the show, Daddy Yankee, is heard.

The six semifinalists of "Queen of the song" are preparing for their presentation this Sunday. The talent reality show of the Univisión chain reaches its final stretch and there is almost nothing left to know who will be the new great star of Latin music.

YOU CAN SEE: Peruvian Fatima Poggi went to the semifinal of "Queen of the song" after great performance

The six participants have a great challenge, and they will interpret a theme created for each one. Executive producer Daddy Yankee gave the announcement. "Next week your challenge will be to interpret an unpublished theme made for each of you, exclusively from the Sony Music family, this theme could become your first single," he said.

Young talents who manage to pass the semifinal phase of the contest will have all the possibilities to conquer the great Queen's trophy of the song. This Sunday, November 17 at 8PM, viewers will witness the struggle of those who aspire to become the next star of Latin music.

YOU CAN SEE: Peruana dazzled Olga Tañón and Daddy Yankee with rancher in Univisión reality

Which artists will be this Sunday in Reina de la Canción?

This semifinal will be loaded with great songs sung by the participants, as well as some guest artists who will light the gala. Daddy Yankee will also be present, as well as other great surprises.

Among the singers that have been announced are Reggaetonero Sech, Lunay, singer Kany García, mopper Anuel AA and Banda MS.

What happened at the last gala?

In addition to the interpretations of the participants, who revived some remembered themes, they also underwent duels among their partners. Crying and tension took over the stage when they presented their performances.

Daddy Yankee was the fourth jury in the mass elimination. Melaner Quiroz, Wanda López and Aimée Miranda unfortunately could not continue, however, they said they will continue to pursue their dream of being the best singers and thanked the opportunity to be in reality.

Fatima Poggi is pronounced before "Queen of the song"

Through Instagram, the Peruvian participant sent a message to her followers to vote for her and be able to be a finalist in Daddy Yankee's singing reality. "I just finished my essay and let me tell you that this Sunday you will see a Fatima that you have never seen," said the young singer in one of her stories.