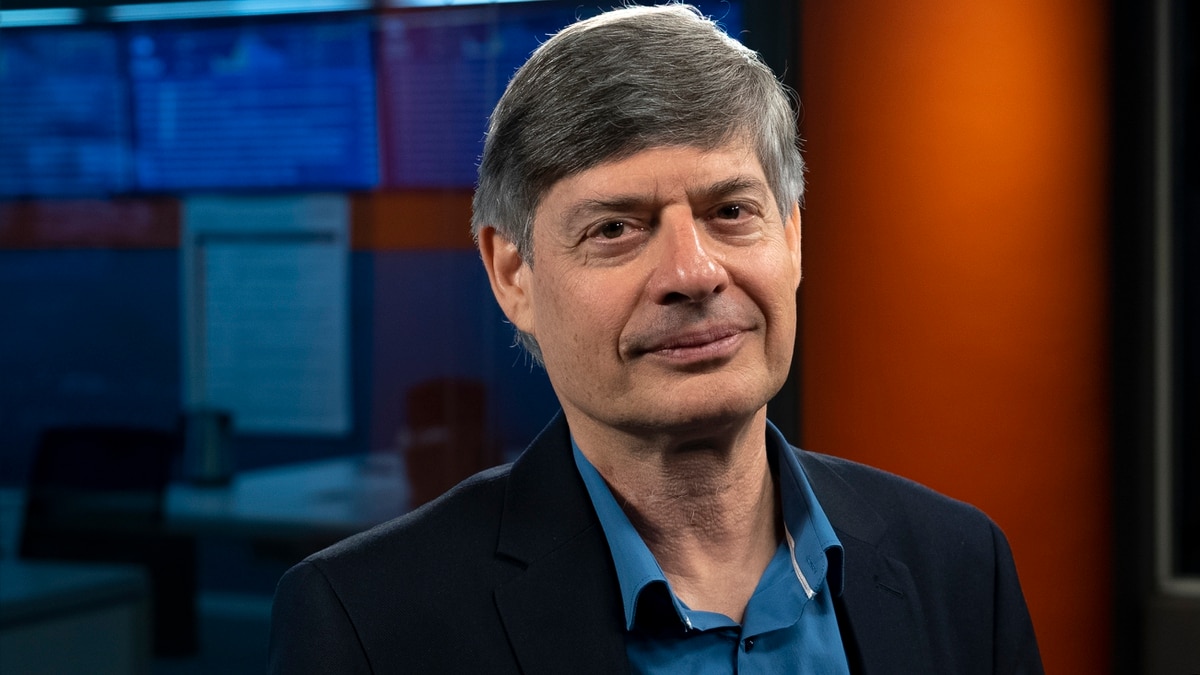 Married to an Argentinian and Atlanta fan, Israeli historian Raanan Rein periodically travels to our country and knows few of our political gatherings, which he especially enjoys. He came to Peronism studies 30 years ago, when he was investigating Francisco Franco in Spain, and has published more than ten books relating the movement founded by Juan Domingo Perón with foreign policy, sports, football and immigrant communities. Author of a theory that was key to think of the first Peronism, "the second lines" that were elementary for the coming to power and were already invisible in the government, Rein was in Buenos Aires to present the Arab Peronist boys. Vice President of the University of Tel Aviv, since 2005 he directs the S. Daniel Abraham Center for International and Regional Studies at that university and is a corresponding member of the National Academy of History of Argentina (ANH).

– He came to present The Arab Peronist boys, which is the continuation of another book that we already present here, The Jewish Peronist boys. Did it have a good impact?

– Yes, I came to present this book, which was also declared a book of cultural interest in the City of Buenos Aires and in the province of Salta, so I had the opportunity to present it in two very different frameworks. It is a book that is part of a trilogy, because in the oven is "The Japanese Peronist boys." The three books try to analyze the policies of the first Peronism towards the different groups of immigrants in Argentina, when there is a very important change with respect to non-European or non-Catholic immigrants. There begins the march of Argentina towards a multicultural and multireligious society.

– Yes, I was surprised to read the book, because you say that even Peronism was not common for families of Arab origin, such as the Saadi de Catamarca, the Sapag de Neuquén, the Romero de Corrientes, the Menem and Yoma de La Rioja, were integrated into the political life of Argentina, which begins in the first Peronism. For me it is surprising, because when you talk about the Saadi, the Romero, the Sapag, the Menem, you don't talk about Arabs, you talk about Argentines, like so many Jewish families, you think of Argentines. His contribution as a researcher is that, before the first Peronism, this was not as normal as today, they were not integrated into political life.

– It is not that the process begins with the first Peronism, it begins earlier, with the governments of the Radical Civic Union. However, there is a dramatic change with the first Peronism, because it gives legitimacy to a hybrid identity, that is, of an Argentine but of Jewish, Arab or Japanese origin. It is interesting to see how Perón himself evolves. When it comes to power, it maintains the vision of Argentina as a Catholic nation and, then, there is no room for non-Catholics. But after two or three years, we see a change in policies and also in discourse. Perón says that there is no contradiction between being an Argentine, a good patriot, with a different identity component. It opens the door for a more massive participation of people of these collectivities in political life. In the case of the Arabs, it is clear how they begin to increase their economic capital, but also their political capital.

– And influence, which is a way to translate political capital.

– Yes of course. I'm going to give you a piece of information. After the parliamentary elections of 1948, Peronism has 200 national deputies, of which 25 had Arab origin, something like 12%, an overrepresentation of Argentines with Arab origin. Today it would be impossible to think something like that. With Peronism we have for the first time a deputy of Japanese origin, so there is a very important change with this recognition policy with the legitimacy of having diasporic ties with a community and countries of origin, Syria or Lebanon.

– His great contribution is to see it as a community. I suppose that from the Middle East you can see more clearly, it is more difficult to see it from that point of view for those who are not from the Arab community. He also speaks in his book about the long road to the mosque in the city of Buenos Aires. How was that?

– It is true. During the first Peronism there is an attempt to establish a mosque in the city of Buenos Aires, it was already legitimate then to have a mosque in the urban landscape of Buenos Aires, although the initiative does not prosper. But it culminates with the decision of Carlos Saúl Menem to establish a large mosque in Palermo. And as for communities, there is a continuity between the first Peronism and Menem. Although it has adopted other economic and social policies, in this case there is a clear continuity. It is something that is also seen in constitutional reforms. In the 1949 constitution introduces a non-discrimination clause based on racial origin or religion. And Menem in the (current) constitution of 1994 allows a non-Catholic Argentine to be president of the nation.

– That integration, however, did not continue in the case of the Jewish community during the second term of Cristina Fernández de Kirchner. Although that could be changing, since in the annual dinner of the AMIA were important future officials, linked to Alberto Fernández, who were present. Would you say that it is something that is surpassing the stage of isolation that characterized Kirchnerism?

– I hope so, but here I will say two things. First, it seems to me that the basis of Argentina's relations with Israel is strong enough to survive any more or less friendly government with the State of Israel, for many reasons, but more than anything because here lives an important community of Argentines from Jewish origin, and there lives an important community of Argentines. By the way, it seems to me an important message from the president-elect, and it seems to me that there is an attempt by the president-elect to return to the first Peronism. As you know, I still use the concept of populism when I talk about Peronism. If one uses this concept, and thinks in historical perspective, we can talk about an early populism talking about Yrigoyen, a classic populism that of Perón from the 40s and 50s, a neo-populism of Menem's liberal court in the 90s, about a radical populism or from the left with the Kirchners, and now it seems – although I recognize that it is a little early to make a judgment – that Alberto Fernández tries to return to the messages of the first Peronism, reformist and non-revolutionary, who tries to add and not subtract, weave networks, alliances and coalitions, and that is very pragmatic. That is already noted in the foreign policy messages regarding the United States and towards the State of Israel, but it is also noted in the statements made by economic and social policy.

– It seems that it is representing a more traditional Peronism, but it is also true that Peronism in power becomes hegemonic, seeks to displace the different, seeks unanimity. Don't you think that danger exists?

– It is a danger that accompanied Peronism since its inception, partly because of its heterogeneous nature, it always had currents that competed with each other. The greatness of Perón had to do with that possibility of balancing between the different currents and not letting anyone reach a hegemonic position. In the history of Peronism, every time a current reached a hegemonic position, it turned out to be a fiasco and an electoral defeat. Therefore, if the president-elect is going to try to follow this "mandate" in quotes, to balance between the different currents, he will be more successful.

– Mauricio Macri managed to rebuild the link between Argentina and the State of Israel?

– Yes, it was a very good period in bilateral relations. Among the Israeli political leaders, relief was felt when Macri was elected as president after the tensions during the presidency of Cristina Kirchner, especially in relation to the Iran issue. Therefore, it was very interesting when Alberto Fernández from the first day of the election began to transmit messages to Israel saying that he was interested in rebuilding the link and reminding them that he was against the Memorandum with Iran from the first moment.

– Finally, I ask you to reflect on how you are seeing Latin America, which is crossed by tensions, regardless of whether they are right-wing governments or left-wing governments, from Sebastián Piñera's Chile to Evo Morales' Bolivia, passing through the Mexico of Andrés Manuel López Obrador and the Brazil of Jair Bolsonaro.

– It is, without a doubt, a moment of transition in Latin America that has to do with the inability of liberal democracy to offer an important participation for the population. The liberal model of a parliamentary democracy that only allows people to go to the polls every four or five years, for new generations is no longer enough. The right and left governments have to offer new models that offer new channels of participation for the population.