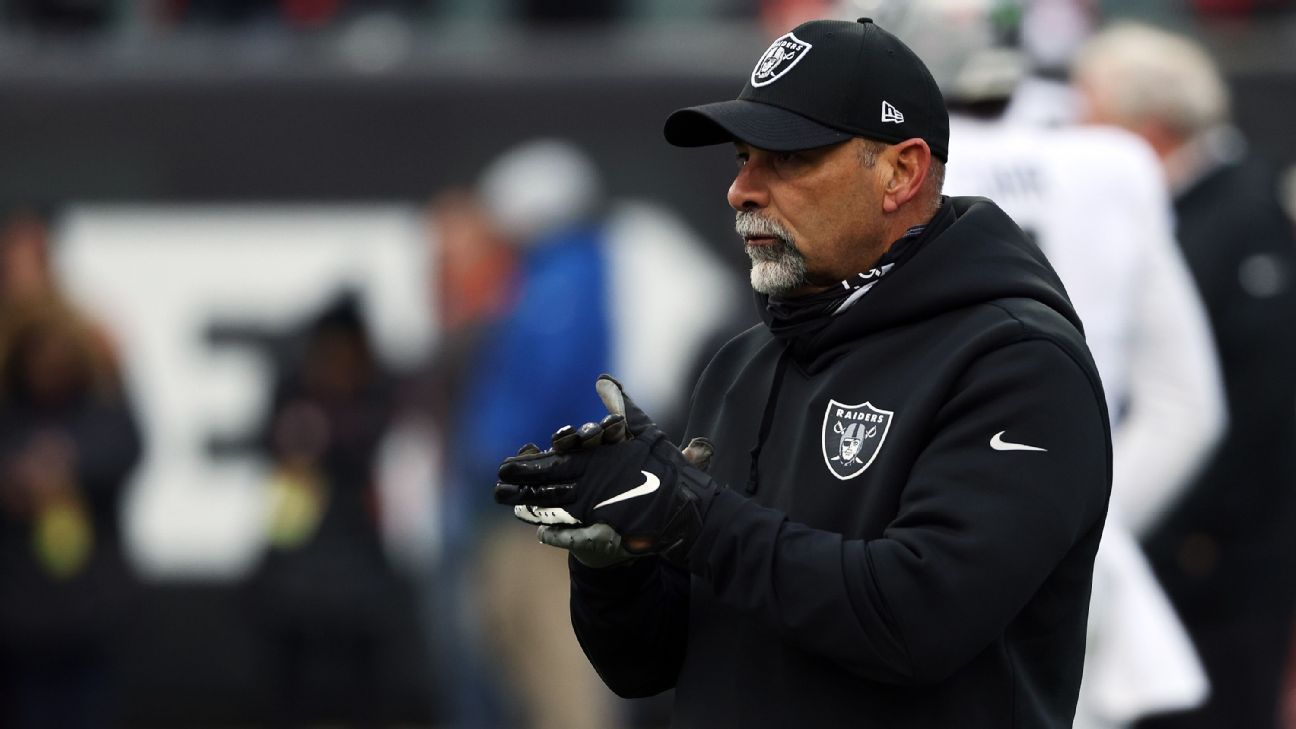 “I think we all think he’s the right guy,” Carr said of Bisaccia. “He’s shown that people listen to him. Our team listens to him. And I love him so much that I’m grateful for him. All those things will be decisions that I don’t make, can’t make. I only play quarterback … but with everything what happened, if you really look at what happened, all the missing pieces, everything that changed, yes, he kept the union”.

“You go on and on and on, and that’s just offense,” recalled Carr, who had led the Raiders to the Bengals’ 9-yard line before being picked off at the two on fourth-and-goal with 12 seconds left. “The fact that the staff kept it together and kept us competitive and finding ways to win games, I think that’s what our organization is about, right? So, we’ll see what happens. We know what we want to see happen.”

Carr also said he would stay out of direct talks about his future with the team. He has one year left on the five-year, $125 million extension he signed in 2017.

He said his agent and the Raiders have a good relationship.

“God knows there’s been a lot to communicate about, right? When the time comes, I never want a face-to-face. I’m going to play quarterback, and that will get the message across.”

“I’m not going to go to dinner and say, ‘We have to do something.’ I’m not that guy. I will let my voice be heard, but in a different way.”

Crosby, who was just named to the second team All-Pro, called Bisaccia a “great leader” for the Raiders.

“If it were up to me, I think everybody in the world knows what my call would be,” said Crosby, who had a sack among his six tackles Saturday. “I love Rich. You know, I’m biased, obviously, but he’s … he’s a great trainer … he came in and led us to 10 wins. We went out, in a short week, and to Cincinnati everything.”

“One of the best people I know. One of the most honest guys I know. And I’d back him up any day of the week. I love that guy to death. He knows it. I appreciate everything he’s brought to the table. I hope we continue to do so.” “.

Raiders owner Mark Davis has remained silent on the search for the team’s head coach, as well as the future of Carr and general manager Mike Mayock.

Meanwhile, Bisaccia laughed when asked if he thought about being promoted to the full-time job.

“I’m thinking of those guys in that locker room who played with their heart and soul,” he replied, “and had a chance to win at the end.”