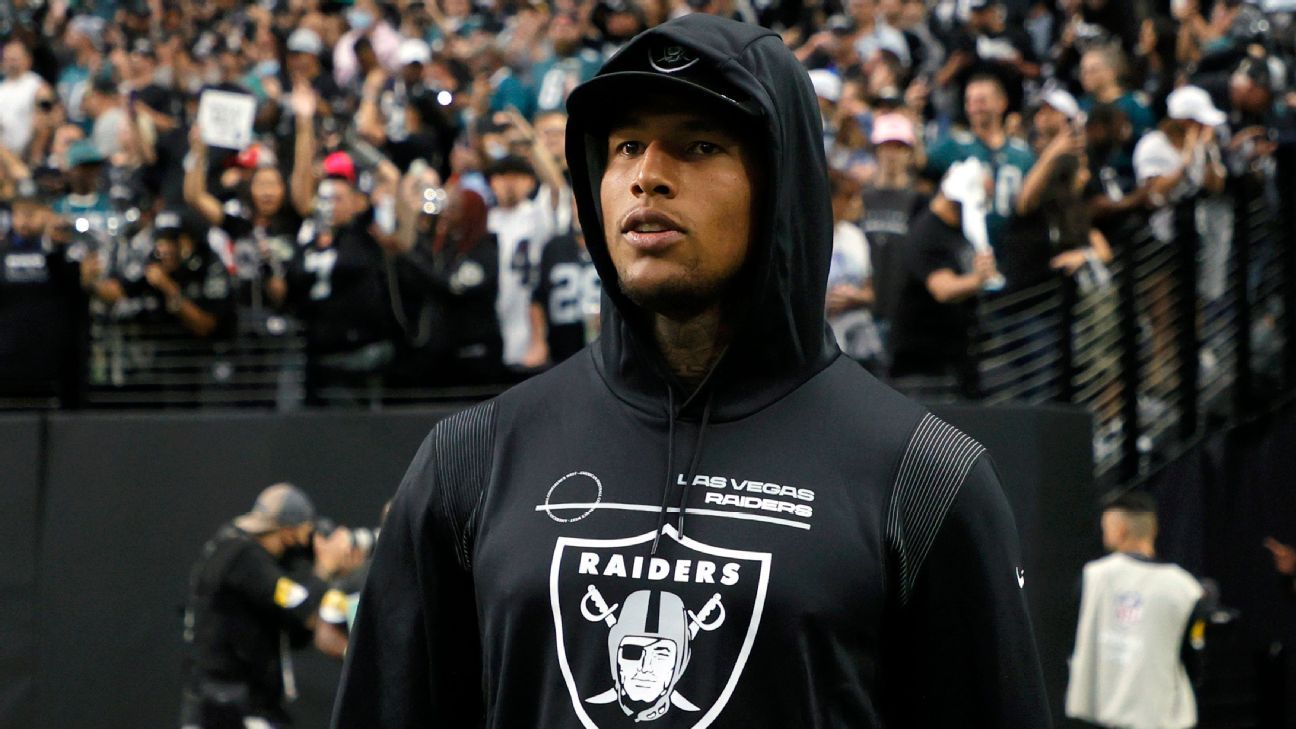 The player did not train this week after suffering injuries to his back and left knee, Foster Moreau is shaping up to replace him

Las Vegas Raiders Pro Bowl tight end Darren Waller was ruled out of Sunday’s game against the Washington Football Team after appearing on the injury report as in doubt on Friday.

Waller, who set a franchise record with 107 receptions last season, suffered injuries to his back and left knee in the Raiders’ 36-33 overtime victory over the Dallas Cowboys on Thanksgiving.

Darren Waller will not be available to play this week with the Las Vegas Raiders. Getty Images

Waller was injured from the game in Dallas and missed the second half, also not practicing this week.

This season, Waller has 53 receptions for 643 yards and two touchdowns.

It will be Waller’s second game to miss this year after an ankle injury sidelined him from a Week 7 win over the Philadelphia Eagles. In that game, tight end Foster Moreau had six receptions for 60 yards and a touchdown.

Moreau, a 2019 fourth-round draft pick from LSU, missed three games as a rookie in his rookie year due to a torn ACL. Moreau has 10 touchdown receptions in 40 professional games, including 12 receptions for 135 yards and three touchdowns this season.

Information from Paul Gutierrez was used in the writing of this note.