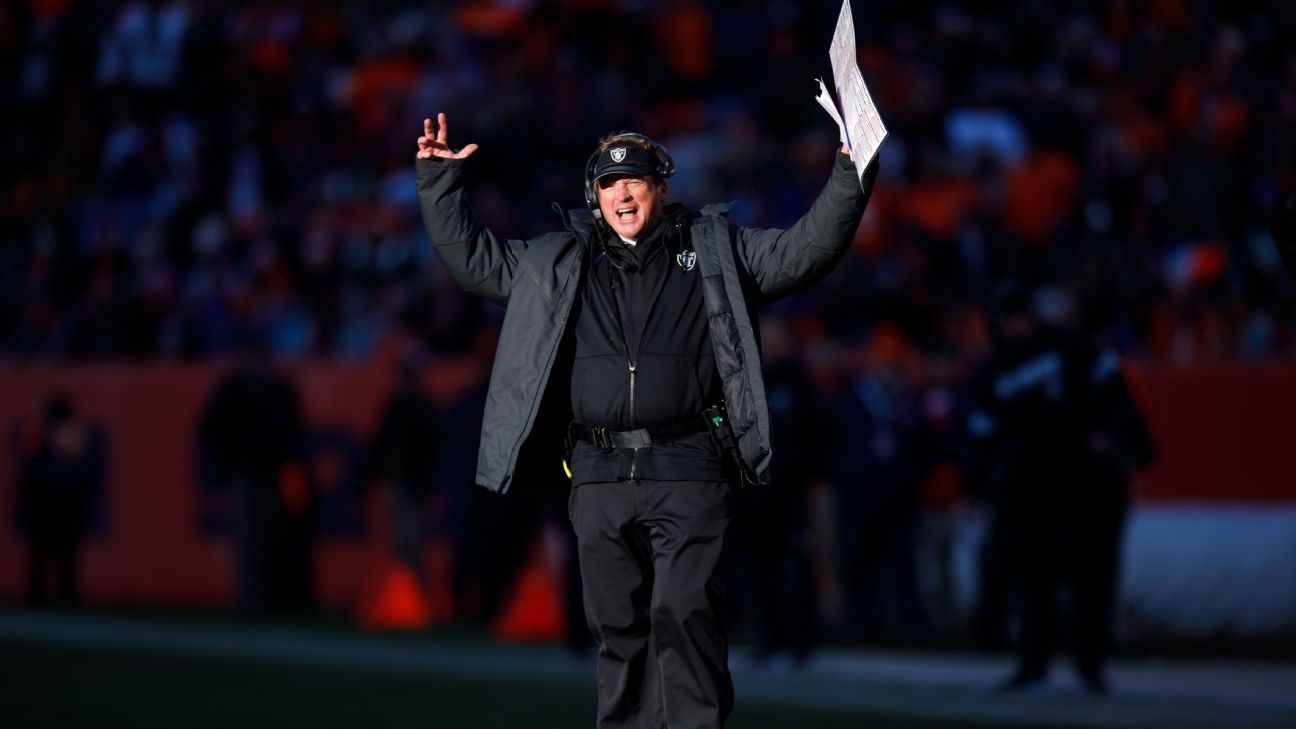 The first glimpse of the Las Vegas Raiders in action might come earlier.

In an interview on Saturday night during the boxing show between Tyson Fury and Deontay Wilder at the MGM Grand Garden in Las Vegas, Jon Gruden said the team would celebrate their June mini-camp in the city.

“If we can let everyone in, we will,” Gruden said, according to the Las Vegas Review-Journal.

The first official event to be held by the NFL in Las Vegas will be the NFL draft, which will take place April 23-25. The June Raiders mini-camp is scheduled for June 16-16.

The Raiders will play their first season in Las Vegas in 2020, after spending the last 25 years in Oakland. Before that, they played 13 seasons in Los Angeles. They passed from their inaugural season in 1960 to 1981 in Oakland, too.