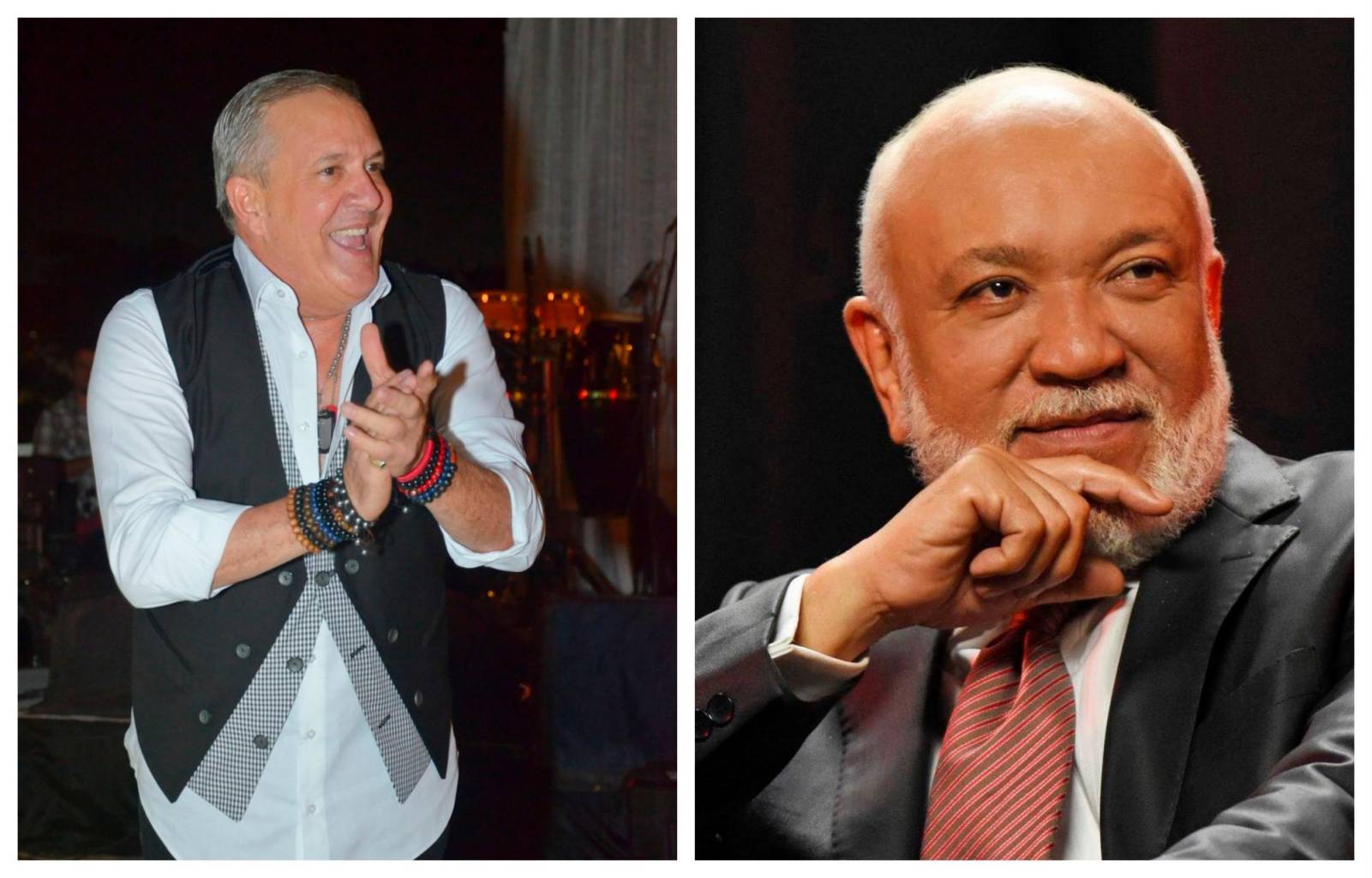 "The greatest disrespect that I have been given in 50 years of career was given to me by Jochy Santos," said Dominican singer and communicator Raúl Grisanty about the animator and the displacement he said he did not receive it on his television show .

The producer also spoke for the first time about his conflict with the communicator, who said that when the song "It's getting late" came out he personally called the "funny man" to allow him to debut with the theme in the program "Funny with Jochy ”, but the animator“ bounced ”telling him that he was calling and never did.

“The song came out: It's getting late, so I for friendship, love and everything to Jochy I call, I call him. Nobody calls him, I call him and I say: Jochy I need to debut with that song there, ”he said during an interview on the show“ Women on the radio edge ”.

“He told me I call you, there began the first … he didn't call me, he never called me. I humbly call you, I have always told my children, never let yourself be trampled, but the day I found out that you look over here, above the man, there cease to be my children because I am the humblest guy who You can see in your life. But I don't let myself get an idiot. ”

The animator also said that the song was made in salsa with the Chiquito Team Band group. "It's the most beautiful song I've written in the history of my life, or rather I sang because Pamel Mancebo wrote it."

Grisanty said that attitude hurt him and still called him again and Jochy told him that he was in the process of the new program. He added that he told him that he could add to the space, since every time he attends the rating he went up.

After that moment he has not spoken to Santos again. Although he said he thanks him for the support he gave to his son Raulito Grisanty and concluded by saying that if Jochy invites him for his new program and he would go without any problems.

He is not the first artist who claims he was disrespected by the production of the missing television show.

In the middle of this year, Aramis Camilo said he was canceled the presentation a day earlier, ensuring that they played with his time and that of his team

According to the artist, the production of the space disrespected him and the members of his team. "They played with my work team with their lack of ethics and professionalism, I will not tolerate it, understand that this is the third time not the first time," he said in a long post published on Instagram.

The annoyance of the singer also spread to the head of space, Jochy Santos, to whom he said. "I will not be willing now, nor in later times, to visit his program that evidently prefers to promote anti values ​​trying to take advantage of a sibling lawsuit and as always handled with elitism, I will continue to owe my beautiful people from each town," he argued. .

Venezuelan actress Gaby Spanic also had a bad time. The production of "Funny with Jochy," he said in January this year that he canceled his interview because he was late

On her side, the singer also explained that she arrived at dawn in the country and that the producer of the program is a "disrespectful who practically ran it" from the place.

Spanic said that the producer of the program, Ricardo Santos, told him that he would not be interviewed because he arrived late to the program, which accepts that it was so, but explained that the plane in which he arrived in the Dominican Republic did so in the early morning and that She was on the channel with two hours to complete the program, so she understood that there was time to do the job. The artist arrived in the country to promote the comedy “Divinas”, which she presented with Alicia Machado, Patricia Monterola and Sonya Smith.