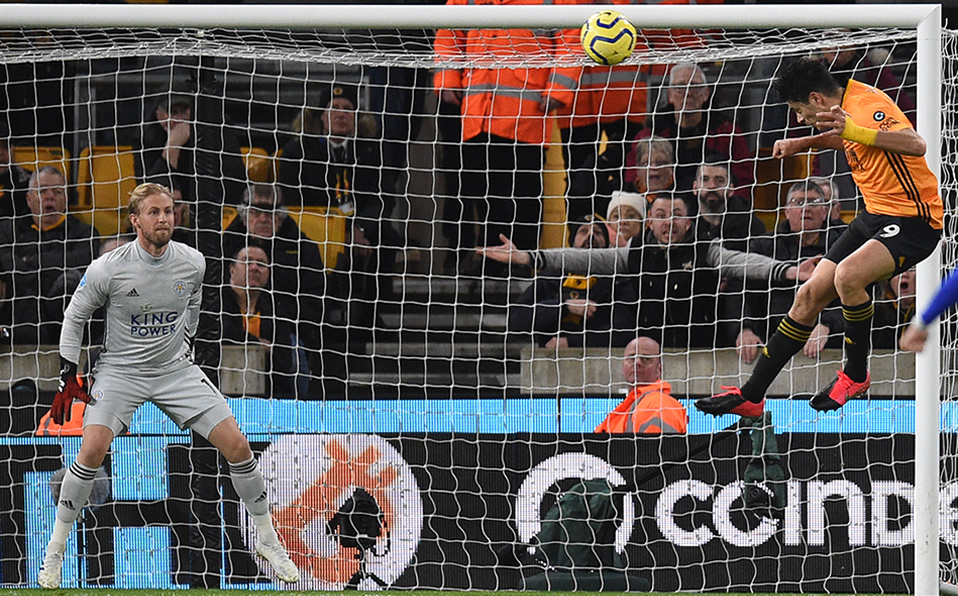 The Mexican Raúl Jiménez could not specify three of the clearest options of his team and in the end that cost Wolverhampton the draw against a Leicester who stayed with ten men in the second half.

It was the 40th minute when Jonny Castro Otto overflowed on the left wing and from outside the area he drew a rainbow that found a completely unmarked Jimenez in the heart of the area, however, the nine could not hammer in good form, sending the ball very deflected.

The Wolves continued to attack but found no fortune; Adama Traoré’s entrance gave freshness to the attack and it was precisely the Spaniard who served a measured center to Raúl, who now connected fully but without direction, flying the ball.

But that was not all, since on the end of the match he was again unmarked in the center of the area and again was unable to direct his shot, which was emptied by one side of the post of Kasper Schmeichel’s cabin.

There was not much more and the Leicester was able to endure to take a point from Molineux Stadium, which recriminated the arbitration, because the VAR annulled a goal by Willy Boly for a millimetric offside by Pedro Neto at the time of centering.

In this way the Wolverhampton adds 36 units to be placed in step seven of the Premier League table; on the other hand the Foxes reach 50 points, firm in third place.