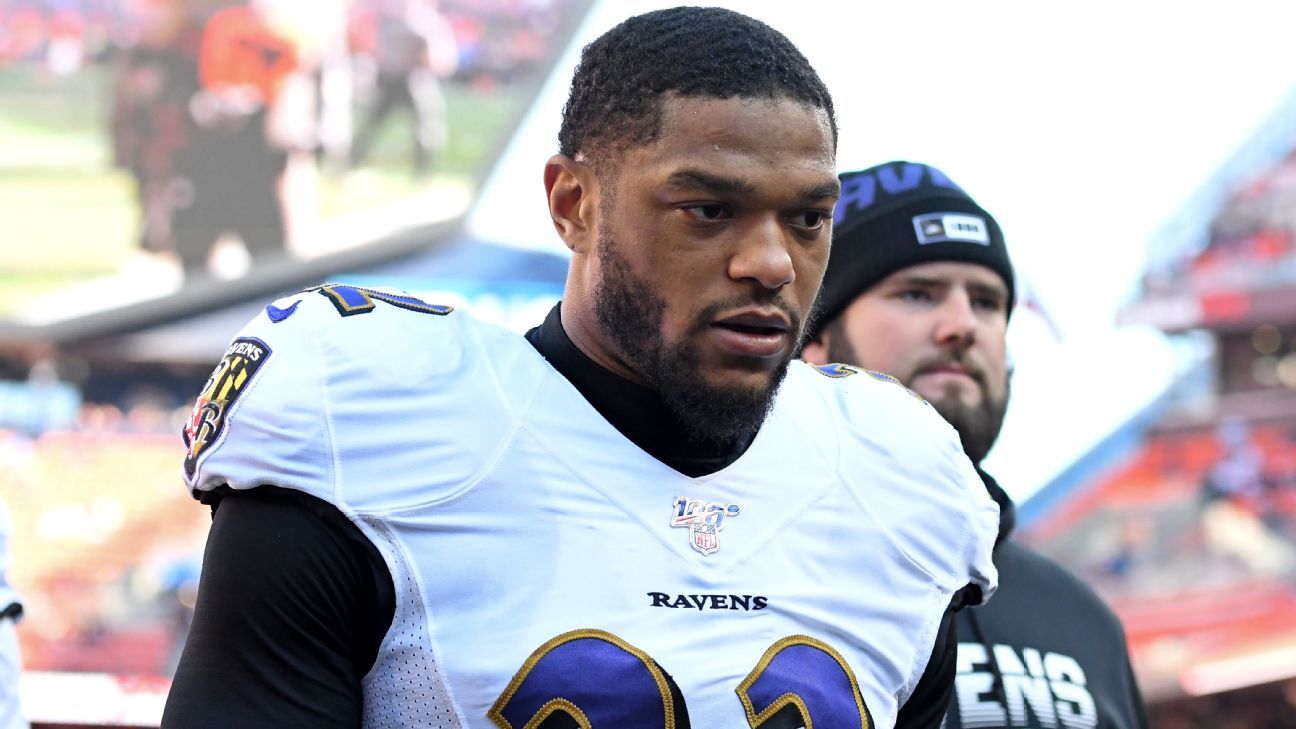 The organization issued a brief statement; the police have no crime report

OWINGS MILLS, Md. – Baltimore Ravens cornerback Jimmy Smith informed the team that he and his family were robbed at gunpoint Tuesday after being followed from Los Angeles International Airport.

“We are aware of the Jimmy Smith situation,” the Ravens statement said. “We have talked to Jimmy and he and his family are fine.”

Jimmy Smith after the game against the Browns. Getty

No other details were given by the organization.

A spokesman for the Los Angeles Police Department and the LA Sheriff’s Deparment said they did not know of the incident and did not have a report. LAX (Los Angeles airport) police did not immediately return a call from ESPN.

Athletic first reported the incident of Smith and his family.

The 32-year-old Smith has spent a 10-year career in Baltimore after being selected in the first round in 2011. He signed a one-year, 2.5 million extension with the Ravens on January 1.