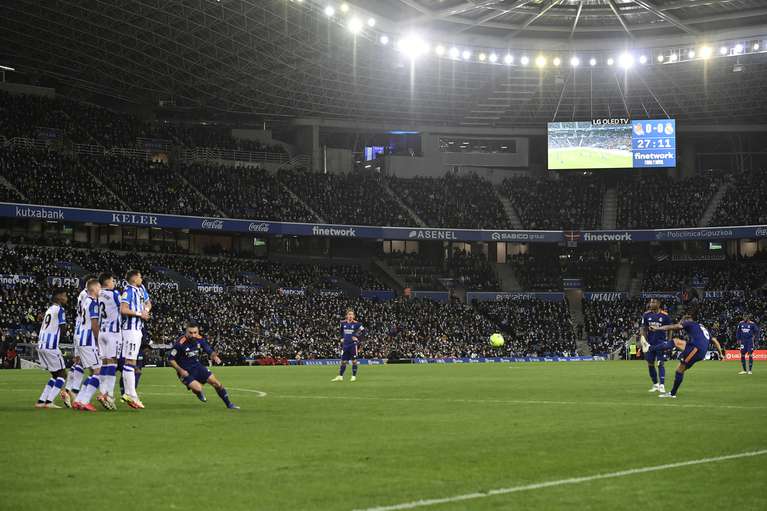 An own goal by Uruguayan defender Leandro Cabrera at the start of the second half ended on Sunday in favor of Rayo to defeat Espanyol 1-0 and continue to fight for places in the European cups.

It was the Madrid team’s seventh victory in eight games at the Vallecas stadium. His unbeaten streak in his fiefdom is the best since he also put together eight games without losing in 2002.

The recently promoted also boasts the best balance of results at home since the first division. One of their victories was against Barcelona and the only setback at home was a draw against Celta de Vigo in November.

“The atmosphere helps because for the rival to play in Vallecas is very difficult,” said Rayo coach Andoni Iraola.

El Raayo took the lead in the 54th minute with Cabrera’s own goal. The Uruguayan central defender wanted to clear a cross from Álvaro García’s left, but he nested the ball in his own net.

After a month of absence due to injury, Colombian striker Radamel Falcao García reappeared to play the last 15 minutes of the game with Rayo. Falcao had not played since he suffered a muscle injury in a 2-1 loss to Real Madrid on 6 November.

The victory this Sunday left Rayo in sixth place with 27 points from 16 games, four units above Barcelona and two behind Atlético de Madrid and Real Sociedad, fourth and fifth, respectively.

Espanyol, which finished with 10 men due to the expulsion of Fran Mérida in the discounts, is 11th with 20 points.

Valencia beat Celta 2-1, just their second victories in 12 league games. The victory in Vigo left them in eighth position. Celta was 14th.

For its part, Levante remains the only team without victories this season after drawing 0-0 against visiting Osasuna. At the bottom of the table, Levante accumulates eight defeats and eight draws.

In addition, Elche defeated Cádiz 3-1 at home and ended a seven-game winless streak, moving away from the relegation zone. Cádiz, 18th in the table, suffered its third defeat in a row.

On Saturday, leaders Real Madrid beat the fifth Real Sociedad 2-0 and the second Sevilla beat Villarreal 1-0. Real Betis was third after beating Barcelona 1-0, seventh in the standings. Atlético de Madrid is fourth after losing 2-1 to Mallorca.