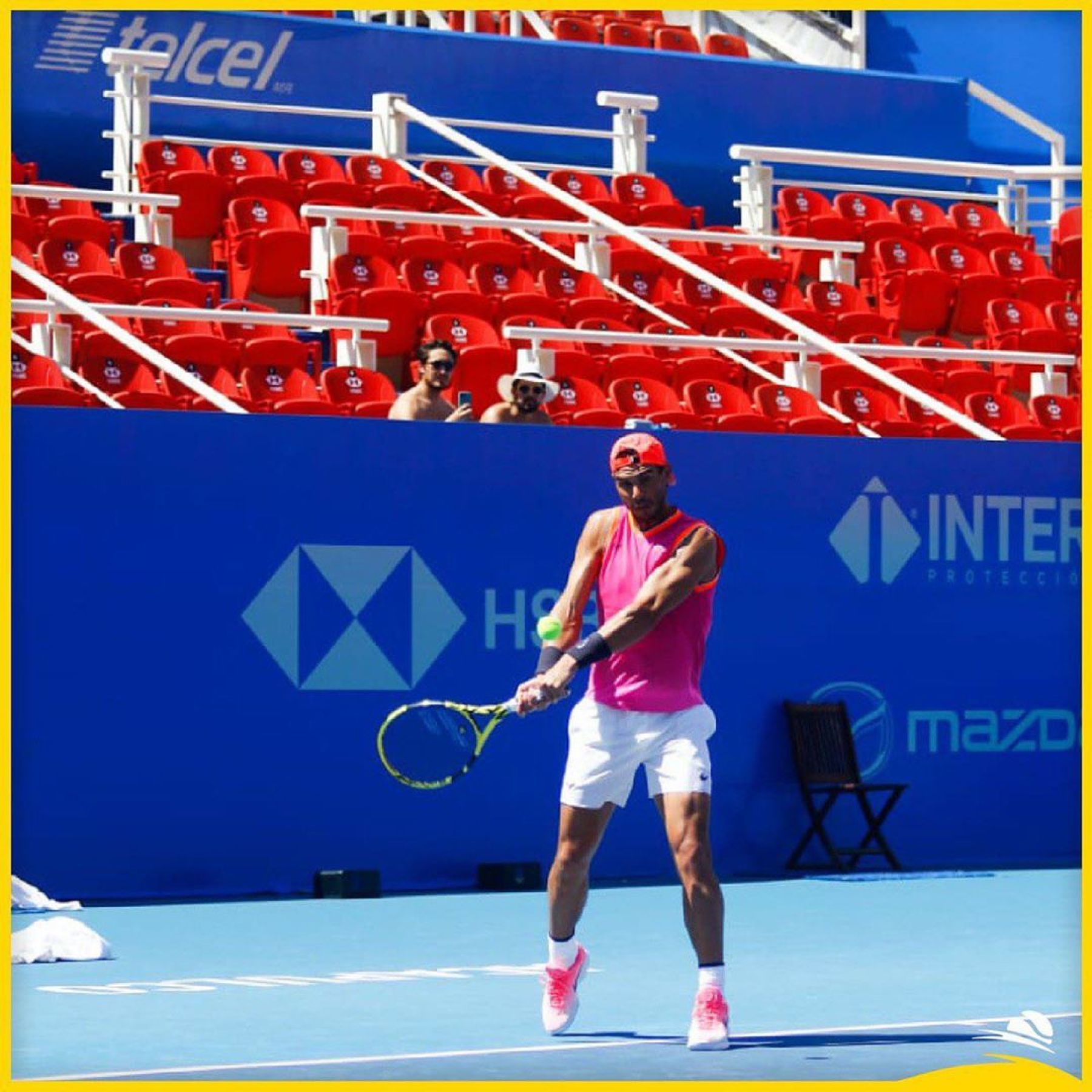 The 27th edition, which takes place in the port of Acapulco, Guerrero, has among its players the number two of the ATP ranking, Rafael Nadal.

Finally the Main Draw of edition 27 of Mexican Tennis Open, in which the number two of the ranking of the Association of Professional Tennis Players (ATP), Rafael Nadal, who since yesterday does not stop training in the Central Court of Mextenis Complex (last used this year) for his debut on Tuesday.

As every year the Draw Ceremony it had the best of energies; the results for the matches that will start on February 24 generated even more expectation in Princess Imperial World, while those present were taking out Silver Cup

the names of the men and women to be measured on the hard court of Acapulco, Guerrero.

At 3:15 p.m. the ceremony began for men, which revealed the main picture in which, in addition to Nadal, also the presence of Alexander Zverev, Matteo Berrettini, Stanislas Wawrinka, Grigor Dimitrov Y Alex de Miñauras well as the return of Nick Kyrgios, defending champion.

The women’s team is led by the Americans Madison Keys Y Sloane Stephens, who – next to Venus Williams, which reappears on the hard court of Acapulco, Guerrero, after its absence in 2019 – celebrates the 20th anniversary of the Wta (Women’s Tennis Association) in the port with a combination of young and experienced players.