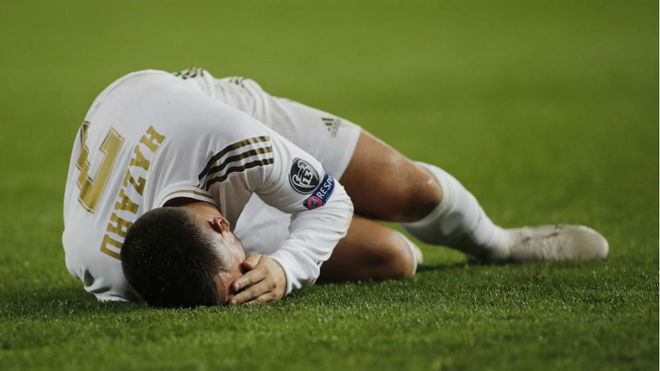 Real Madrid Another injury for the Belgian

The Belgian has spent most of the season out injured and is set to miss more action after fracturing his distal fibula against Levante.

During his time on the pitch, the former Chelsea forward has played 15 games – ten in LaLiga Santander and five in the Champions League – scoring once and assisting five times.

Injuries have prevented Hazard from reaching his best and the tone was set from the beginning of the season.

He missed the first three games of the campaign – against Celta Vigo, Real Valladolid and Villarreal – with a thigh injury he picked up in training.

After returning against Levante in September and finding some form in October and November, Hazard was struck down with a more serious injury to his ankle during Real Madrid’s 2-2 draw with Paris Saint-Germain in the Champions League.

Three months and 15 matches later, the 29-year-old returned to action against Celta Vigo last weekend and then started a second successive game at Levante on Saturday.

Unfortunately, he suffered another blow when I injured the same ankle during the second half and was replaced by Vinicius Junior.

Now, it looks like Hazard will miss the majority of the rest of this season, including the upcoming matches with Manchester City and Barcelona.