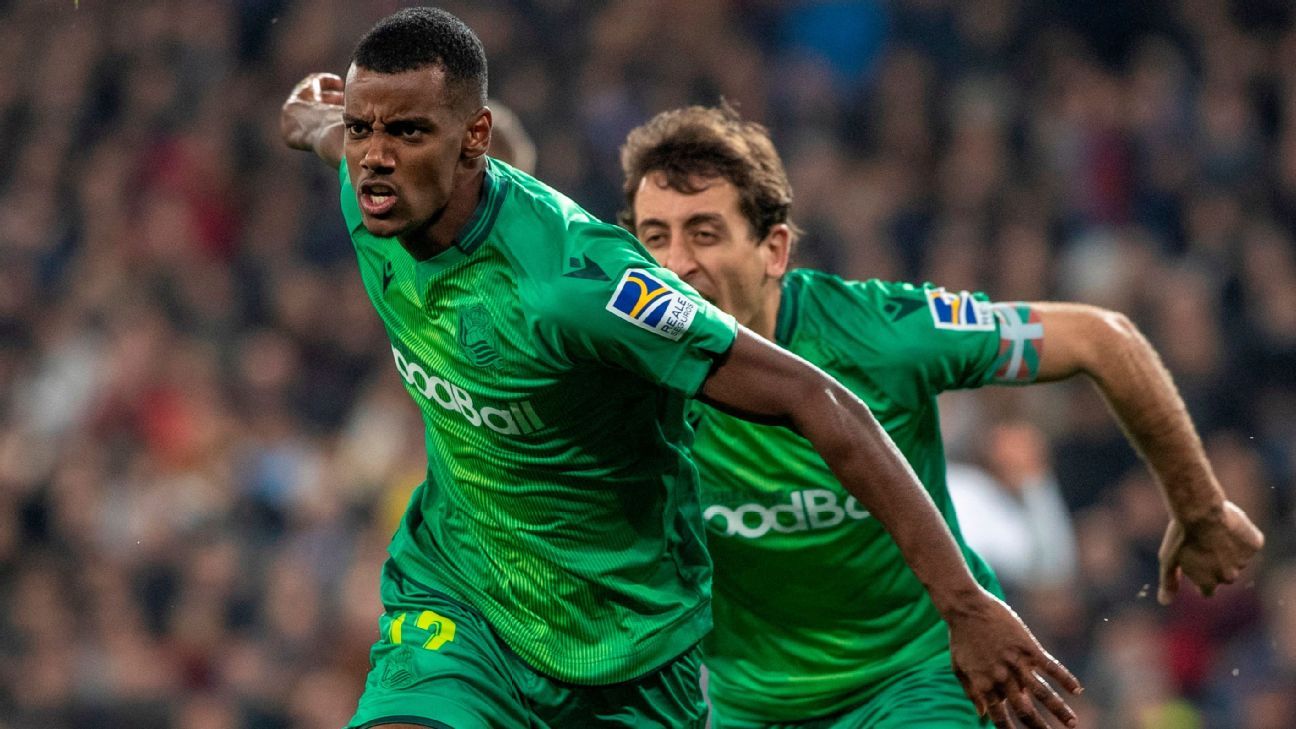 MADRID – The Real Sociedad gave an exhibition of style in the Santiago Bernabéu, in the maximum expression of the Imanol Alguacil football bet, to dynamite the Copa del Rey of surprises eliminating a Real Madrid that returned to the past, vulnerable in a damn competition for Zinedine Zidane.

The Real Sociedad left a recital for the memory to achieve their pass to the semifinals after unplugging the team in a better way, a Real Madrid that cut with a crash his streak of 21 games without losing, in a new black night in a competition to which Take the measure.

Real Madrid lacked tension, as if it were not notified of a Cup full of surprises and the entity of a Real Sociedad that associates its name with good football. With personality and taste for the ball, always finding spaces for the speed of Isak who took the shame of the Madrid defender as long ago did not happen.

Suddenly Real Madrid was disorganized and vulnerable, quite the opposite of what Zidane achieved in a reconstruction that had merit. He missed Casemiro’s figure and accused the lack of tension. The lateral ones made water and the central ones did not give enough. In the absence of control the currency in the air could fall from either side. Benzema ran into Remiro, sure down, and Militao saved the first by throwing himself into Januzaj’s career when he was firing the shot.

It was the beginning to moments of great football of the Real Sociedad. Without suffering anything except when the ball fell to Vinicius and with an identity as a team that values ​​his coach. If Brahim launched races against the world with the desire to shine, Odegaard appeared to be decisive. At 22 minutes he picked up a rejection of Areola with a dry shot from Isak and found the space between the legs of Militao and Areola to overtake his team on the stage where they await him with open arms.

The Madrid reaction showed more pride than football. It was put by a fast and cheeky Vinicius. He recovered suddenly the image that so excited Madrid but with which he lost all last year. He was a devil impossible to stop and chose well the resolution of the plays. Benzema was not right in the beating. Nor Kroos after actions of the Brazilian who woke up to the stands.

The fineness of Vinicius contrasted with the image of a slow Marcelo. James appeared to hook a left-footed shot to which Remiro flew but he lacked defensive work for a Real Madrid that broke. In Isak’s boots was the tie. And he forgave up to three clearings before tuning aim and being the great protagonist.

To the lack of success in the pass to those of Zidane added impotence in the last meters. The wood repelled a stub from Ramos after Brahim’s best action while Isak installed the fear. The warning was given and the reaction from the bench came resorting to Modric that changed nothing. Sheriff hit Marcelo’s side, where he sent Oyarzabal.

The curtain of a second part that defines a competition as the Copa del Rey was opened. Madness and lack of control. Goals and passion. The VAR canceled somewhat of Isak after a pass from the Odegaard seal. The notice of the sentence should wake up a Real Madrid aimlessly but nothing could be further from the truth. It gave way to the same, with transparent Areola. Nacho was marked as lateral, with Odriozola in Munich transferred, when Barrenetxea left easily and put the ball to Isak, free of mark, behind Ramos and with Marcelo, of course, being late.

The brightest encounter of Isak’s career magnified him by signing his seventh goal in the tournament with a dry shot up, to the Areola squad that did not believe what he saw. It was the 56th minute and a Real Madrid that came from exhibiting defensive firmness, fitting seven goals in ten games, would receive four at once when the duel broke out in exchange of goals.

Marcelo made up his black night with a left-handed shot to the net that resurrected the Bernabéu, but what he gave in attack threw him on the ground in defense. Bad ball out and late to Isak who gave Mikel Merino the room. The blow was a live that usually knocks down any team but Real Madrid should not be taken for dead until the last second.

It took Zidane a long time to make the changes and with nothing to lose and the fourth was a punishment. When he did Rodrygo and Jovic locked up an opponent who was content to defend. It was a mistake because Real Madrid chained arrivals. Vinicius was canceled a bit but he gave another one to Rodrygo and in the added time Nacho headed put maximum emotion to three extra minutes. Real Madrid pride shrunk the heart of the entire Royal Society and its fans. He ended up selling his elimination face but did not stop a new surprise of a Mad King’s Cup with his new format.