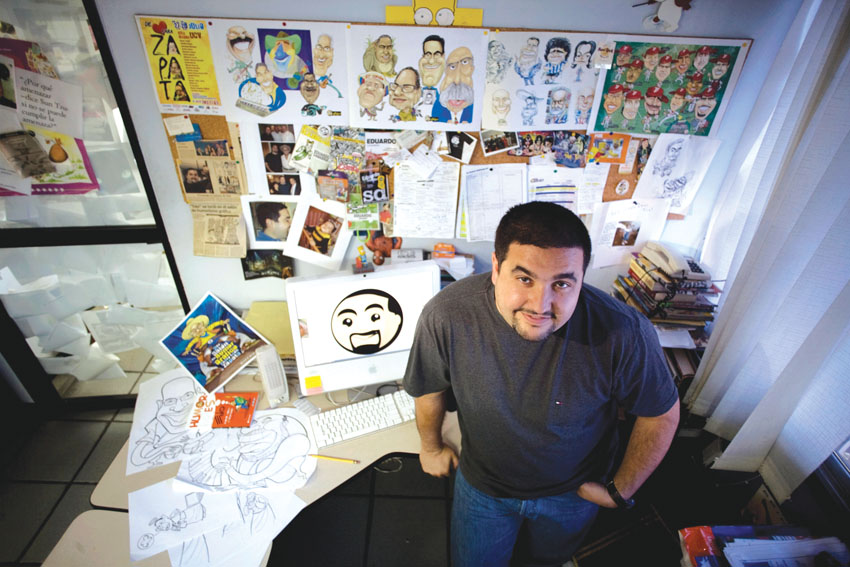 The artist let the image of a chameleon run on twitter again, which is a hint of the evolution of politics in Venezuela.

The cartoonist EDO shared this Sunday the image he had published for the first time on February 14 of this year where he expressed his opinion on what the changes have been within Venezuelan politics, narrowing down in a very direct way that all, both right and left, belong to the same corruption side.

It is no secret to anyone that EDO has always been against corruption that concerns the great political leaders of Venezuela, using art as their means of protest.

“I published this cartoon of the chameleon on February 14 of this year. Is it still in force? Are we doing well? ”, He said on a Twitter account accompanied by the image in question.

In the image you can see a chameleon mutating, from “uh, ah” while it is deep red to “we are doing well” being a light blue color.

The Creole obtained great acceptance from his followers, because the publication exceeded 1000 likes and 984 retweets on the social network, along with hundreds of comments that agree with his way of thinking.

I published this cartoon of the chameleon on February 14 of this year. Is it still in force? We are making progress? pic.twitter.com/umep0XZD4Y