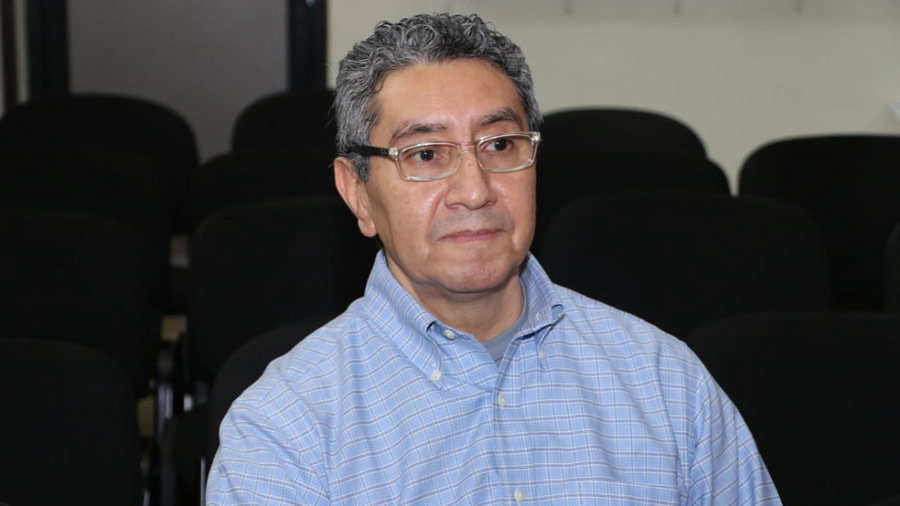 The arrest was carried out at a tax office, where the former official appeared to hear the charges against him. Figueroa already faces a civil lawsuit for alleged illicit enrichment.

The Attorney General's Office (FGR) confirmed on Wednesday night the detention of René Figueroa, former Minister of Security of the Saca administration, who is charged with the crime of money and asset laundering.

The arrest was carried out at a tax office around 6 pm, where the former official showed up to hear the charges against him.

The Public Ministry initially informed that it would give more details about the case at a press conference on Wednesday night; however, they later said that "for security" more information will be provided until Thursday.

In his first statements at the Prosecutor's Office, Figueroa told reporters that he voluntarily arrived: "I introduced myself because I am innocent."

San Salvador | 🚨La @FGR_SV confirms the capture of René Figueroa, former Minister of Security of the Saca administration, who is charged with the crime of money and asset laundering.

– Office of the Attorney General of the Republic of El Salvador (@FGR_SV) October 3, 2019

Later, investigators from the National Civil Police (PNC) took him, without handcuffs and in a private vehicle, to a police headquarters that was not revealed.

Last July, the Prosecutor's Office filed a civil suit for illicit enrichment against the former Minister of Security and his wife Celia de Figueroa whom he accuses of having benefited from an amount of $ 1,028,974.50.

At that time, the Public Ministry explained that there are 18 irregularities found during the management of the former official who was in charge of one of the main State portfolios (2007 – 2009) during the administration of former President Antonio Saca.

Figueroa could not fade the accusations made by the Probity Section of the Supreme Court of Justice to family assets. The Full Court sent him to trial last April after he failed to justify income of $ 300,000.

In the Probidad investigation there are several deposits of significant amounts that former President Saca would have made, said the judge of the Court Óscar López Jerez.

Figueroa was one of the main officials in Saca's cabinet. He was the Ministry of the Interior until 2006, the year in which he went on to preside over the new State portfolio in the area of ​​Security. During its management the so-called “Super Hard Hand” plan was executed.

Saca is serving a sentence of ten years in prison, after having confessed to having stolen $ 301 million during his presidential term.