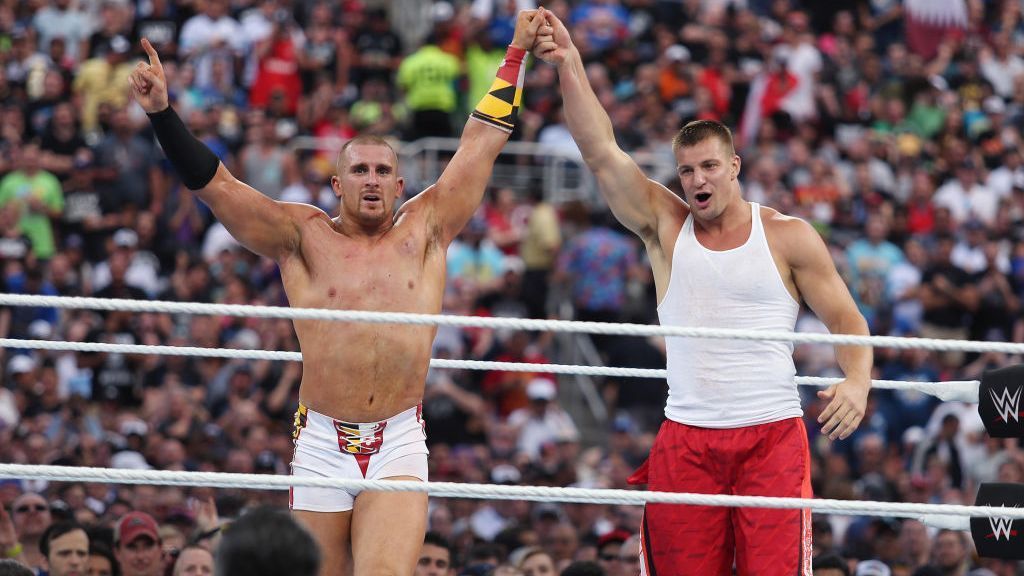 Former New England Patriots tight end Rob Gronkowski is close to finalizing a deal with WWE, according to a report by FS1’s WWE Backstage program.

Gronkowski is “deep in conversation” with the promotion of professional wrestling, according to the report, although how it will be used on screen is unknown. The report noted that Gronkowski could appear on WWE SmackDown as early as March 20.

WWE declined to comment when ESPN contacted him on Wednesday.

Gronkowski, 30, has worked with WWE previously. He participated in the Andre the Giant Battle Royal at WrestleMania 33 in 2017, jumping the barricade to help fighter Mojo Rawley (a friend of Gronkowski) win the match.

In August, Gronkowski said at a sponsor’s press conference that he would be interested in doing a big WWE match in “maybe five years,” but that he couldn’t see himself as a full-time fighter.

“With wrestling, I don’t feel like I would be a full-time wrestler, but there is one thing I would like to do,” said Gronkowski. “And that’s having a crazy fight. Practicing a little bit, going out, like in a Royal Rumble, I have my friend in WWE [Rawley], practice and have a complete WWE fight. I’m not saying when, maybe five years. I have the rest of my life to do it. I always dreamed of doing that, just once, going in and out giving everything. That may be a possibility, once, in the future. “