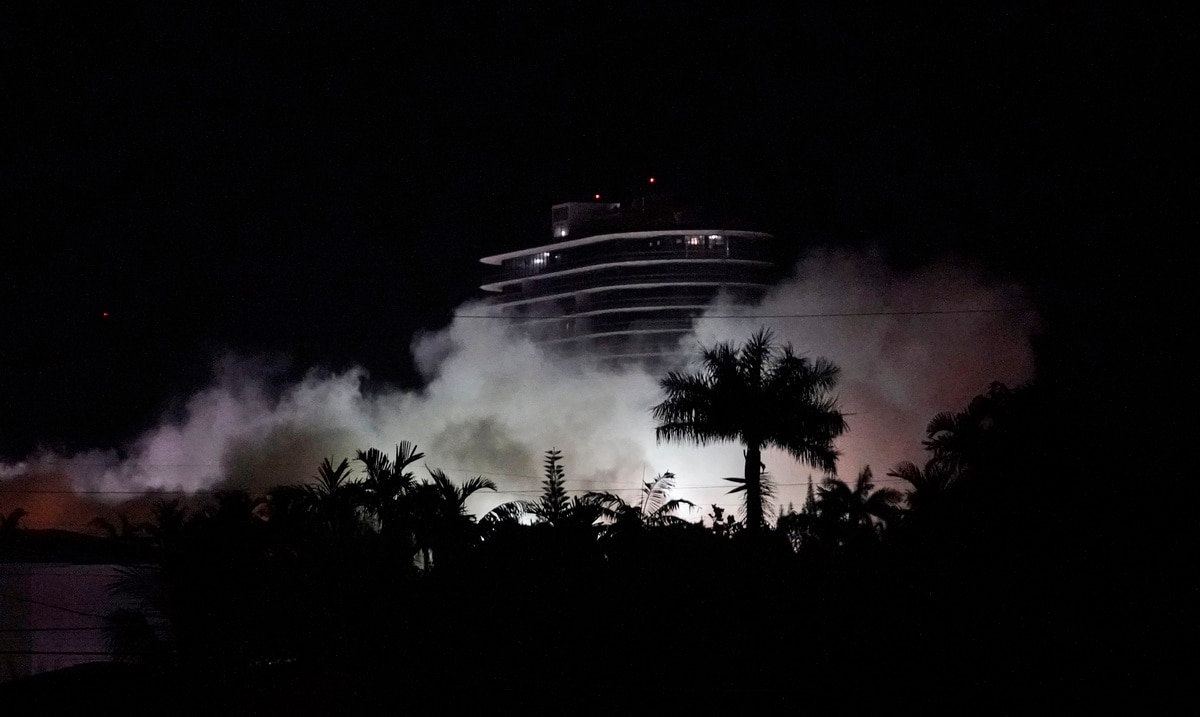 Rescuers received the green light Sunday to continue searching for the victims of a landslide in South Florida after demolition crews planted explosives to tear down the rest of the structure.

Some of the new debris was immediately removed so rescuers could begin moving into areas of the underground parking lot that are of special interest. Once there, they hope to get a clearer picture of the gaps in the rubble and where some of the 121 people believed to have been trapped in the collapse of the South Champlain Tower in Surfside on June 24 could be.

No one has been rescued alive since the first hours after the accident. Miami-Dade County Police identified 58-year-old David Epstein as one of 24 documented deaths Sunday in the landslide. His remains were recovered on Friday.

The proximity of Tropical Storm Elsa had added urgency to demolition plans, as forecasts pointed to strong winds in the area by Monday.

It was feared that the damaged structure could fall, posing a danger to rescuers and preventing them from working in some areas. Part of the remaining building was displaced on Thursday, forcing work to be suspended for 15 hours.