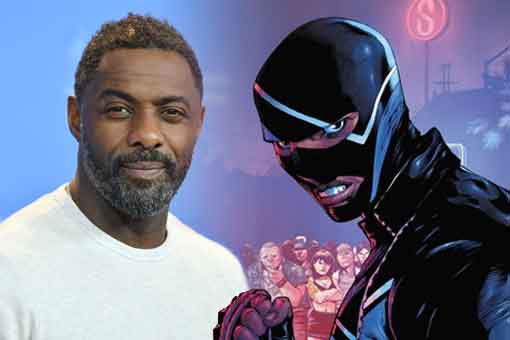 There is much speculation about which DC Comics character the actor Idris Elba will play in James Gunn's Suicide Squad.

At first everyone thought that Idris Elba would play Deadshot in Suicide Squad replacing Will Smith, but the plans changed and it was reported that he would be another DC Comics character.

Early rumors suggested that it would be Bronze Tiger (Bronze Tiger / Ben Turner), an expert in martial arts that has belonged to both the Suicide Squad and the League of Assassins.

But now, they have revealed that he will actually be Watchman.

Who is the DC Comics Watcher?

Over the years, several characters have had the identity of Vigilante, but the version that Idris Elba will play will be Donald Fairchild. His story began in New 52 and is about an African-American man who was a basketball star. He lives in a dangerous area of ​​the city, since there are criminals and gang gangs. After the death of his sister, he decides to be Watchman and seek revenge. His specialty is melee and use almost any object as a weapon.

Along with the role that Idris Elba will play, they have also revealed that Nathan Fillion will play Arm-Fall-Off-Boy, while we will also see Sean Gunn as Weasel, Flula Borg as Javelin, Pete Davidson as Blackguard, Michael Rooker as Savant and Mayling Ng as Mongal.

If all this is confirmed, it will mean that James Gunn is turning on some pretty dark comics for his Suicide Squad. So it will have nothing to do with the previous 2016 movie.

Suicide Squad will be released on August 6, 2021 and hopefully it will be as successful as the David Ayer movie, since on that occasion they reached over 746 million dollars and that there were many negative reviews. But if James Gunn has shown anything, he knows how to make movies of groups of comic characters, because his two deliveries of the Guardians of the Galaxy are very good.