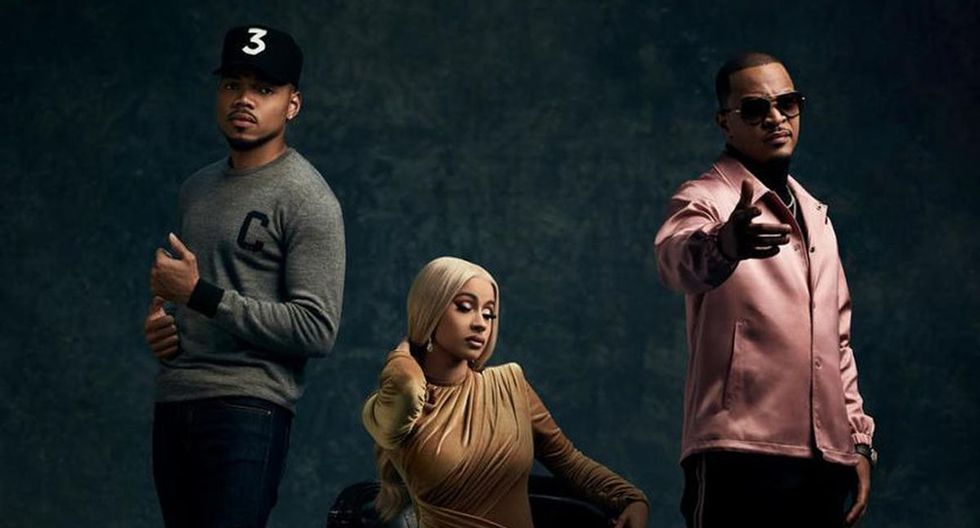 With “Rhythm + Flow”, Netflix reaffirms its commitment to effective entertainment, that is, with much success and with less budget than a series. Under the animation of the mega stars Cardi B, Chance the Rapper and Tip “T.I.” Harris, they will tour cities in the United States looking for hip-hop talents that have not yet been discovered.

With this format, Netflix provides a great opportunity for talented rappers from cities like Atlanta, Chicago, Los Angeles and New York to demonstrate that they are good material to be stars of the genre.

The series premiered on October 9, exclusively on Netflix and there will be 10 episodes that we will see in stages, from the casting to the final competition. It should be noted that the program will have a format similar to that of recognized programs such as "American Idol", "The Four" and "The Voice".

▶ Cardi B confessed that he got bored shooting “Hustlers”, a film that starred with Jennifer Lopez

"Rhythm + Flow" will feature 10 chapters that will last an hour each. These will be released at three week intervals.

• The first week, the premiere will be on October 9 and chapters 1 to 4 will be aired.

• On October 16, episodes 5 to 7 will be broadcast, in which they will show off on stage.

• Finally, the third week, which will premiere on October 23, episodes 8 to 10 will be broadcast, in which the grand finale will take place.

With this format, Netflix provides an opportunity for talented rappers to prove that they are good material to be stars. (Photo: Netflix COMPETITION FORM

• The first stage of the contest will present the auditions of the participants. These will be in the initial 4 chapters.

• The second stage will comprise the Cyphers, rap battles and music videos.

• And stage 3 of “Rhythm + Flow” will be shaped by the grand finale. In addition, each finalist participant will make a collaboration.

• The winner gets a cash prize of one million dollars and a spot on the Spotify Rap Caviar Live tour.

In statements for Los Angeles Time, the urban artist said that "Many people wonder how I was going to judge a competition, because I am very new, but I know a successful record when I hear one."

His debut album, "Invasion of Privacy," won in the rap category at the 2019 Grammy Awards and is still number 51 on the Billboard 200 after 78 weeks on the list. “Right now there are so many good rappers on Instagram, but they just don't have star quality. I'm looking for that. ”

Meanwhile, Chance the Rapper, another of the judges admitted that “he had seen a million voice or talent competition programs that were transmitted in a certain way. And that was not something I was involved in. ” The 26-year-old artist also points out that "this was my chance to leave my mark on (a talent show) and see it the way I would like to see one of these shows."

For the producers of “Rhythm + Flow”, the desire to authentically document the reality of life that is based on hip-hop and is reflected in music moved them away from traditional television. “Originally, we were going to take it to one of the big networks, and in fact we found it there. But large networks, without offending, could never capture that environment, ”said Mike Jackson, producer of the program.

“Netflix immediately got what we were trying to do. They saw the importance of a show like this and knew the impact it could have, ”he revealed.