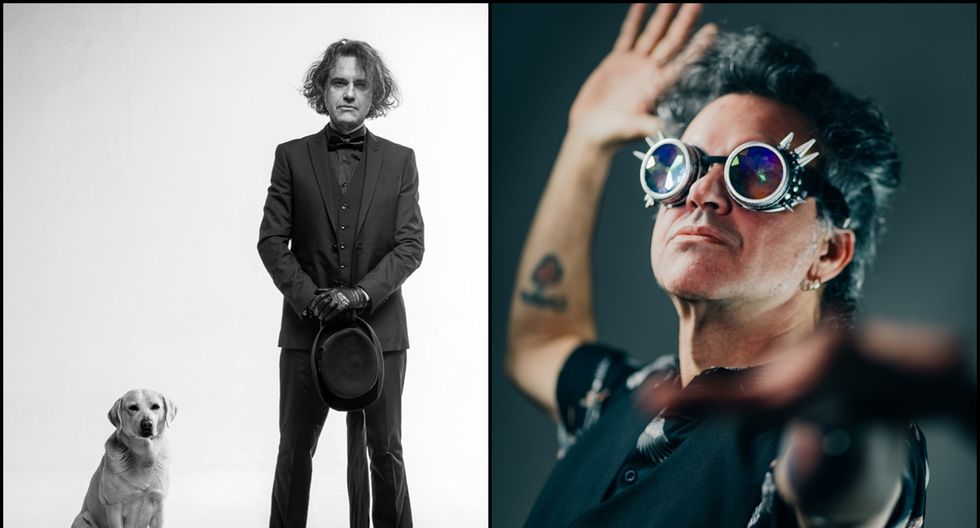 There was a time that was beautiful and it was really dark: Overload, Dune, Don Cornelio and La Zona, El Corte. And in the center, with a singer whose look is debated between Robert Smith and David Bowie, Friction. In the end, all this underground movement in Buenos Aires would end obliterated with the cataclysmic success of Soda Stereo. But that is the fire that consumed Gustavo Cerati, also a Friction vocalist, a postpunk emblem founded by a nineteen-year-old kid named Richard Coleman (Buenos Aires, 1963).

► Soda Stereo announces tour in tribute to Cerati, with Chris Martin and Juanes as guests

With a record of services that commits the elite of Argentine rock — from Charly García to Calamaro, by integrating a capital band like Metropolis, signing a dozen albums with Los Siete Delfines and five as a soloist — Coleman's career is inserted in the core of Argentine rock. Do you feel the historical weight? "No. I have a slight conscience, but it is more of a sense of survival. And of thinking about the future, what else can be done. I feel very respected by my colleagues and I have a nice audience that follows me. And that makes, for example, that tomorrow I am traveling to Lima to be with you. "

Indeed, Coleman – that multiform block of sound that goes through decades – plays in Lima this Saturday for the 25 years of Dolores Delirio, a band that grew up under the protection of the so-called 'prince of darkness' of Argentine rock, a label that never ended curdle in an artist who seemed to be always ahead. Since 1982, when he posted a notice looking for a keyboard player "who likes Ultravox, Bowie and Eno" and contacted Daniel Melero, today become an emblem of the electronic indie platense.

"Oops, another crazy man! He said. And there were very few of us who listened to that kind of music," he recalls. The other madman was Cerati, who worked in parallel the first Soda album and repeatedly invited him to join the group. In an act of high ethical dignity, Coleman said no because he envisioned that as a trio they would work better. All he did was generate mutual admiration and repeated requests to amalgamate his talent, noticeable in "Soda Stereo" (1984), "Signs" (1986), "The Last Concert" (1997), "There We Go" (2006), "You will see me coming back" (2007) and "Natural force" (2009).

Did you ever tell Cerati that he was the brother you never had. You also emphasized that his legacy compromises excellence and passion. "Yes, what has left me as an imprint is that passion is the nerve, the engine that carries out any artistic project and understand excellence as the best that can be applied before perfection, which is an enemy of art. It always has that there is a rarity in proportion, an irregularity that determines beauty, and in that search the concept of excellence comes in. Demanding to the fullest, squeezing the last drop to outline the disproportionality that beauty has. I learned all of that from Gustavo, from watching him so much on the road. "

On a road that would bring him twice to Peru, 2006 and 2009. "I was in Lima and Arequipa on two beautiful tours presenting 'There we go' and 'Natural force'. I remember the love and respect of the Peruvian public for music Gustavo I remember some expeditions to the Galleries Brazil to buy oddities and the impressive white landscape of Arequipa when we got off the plane.Now I will review some songs from my repertoire and from which I worked with Cerati all these years and we will close with a couple of Dolores songs Delirio, a band that, for the rest, seems to me of great quality. "