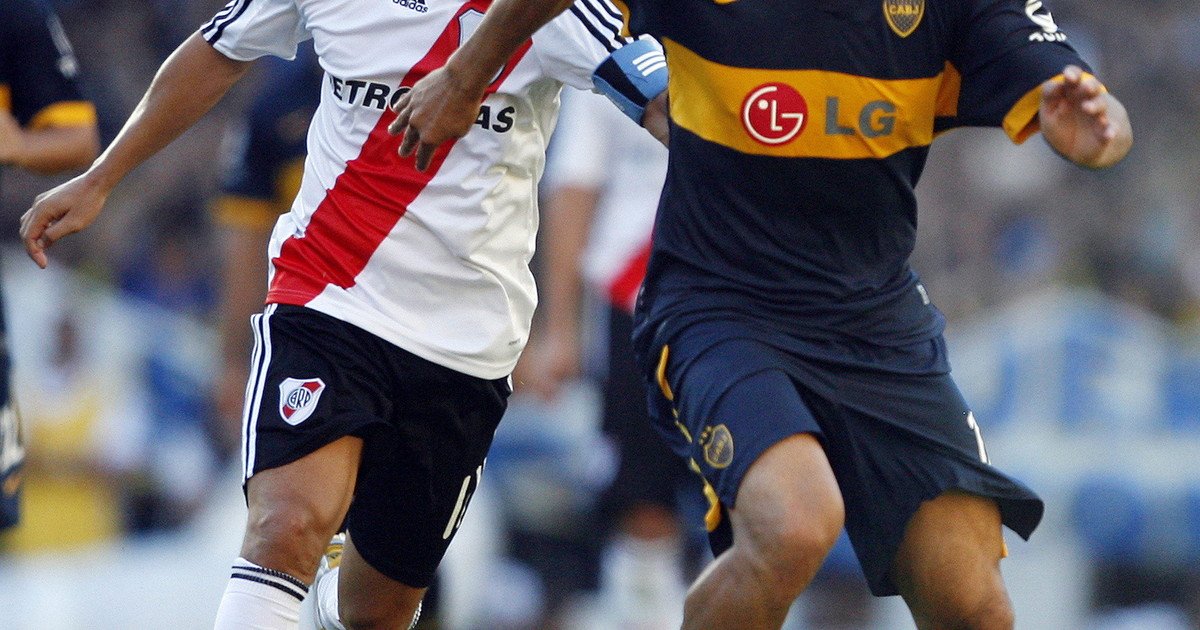 Take the test. When one thinks of Maradona, the first thing that comes is the goals: the two to England, the time he started to crawl Fillol, the free throws in Napoli. The same goes for Messi: the crazy dribbles at the Camp Nou, the great goal against Mexico in the Copa América, the one that made Nigeria in Russia 2018.

With Riquelme, however, something curious happens: in general, the first thing you remember is the Yepes pipe. Roman made fabulous goals, transcendent goals that defined tournaments. However, the pipe to the defender of River in the Libertadores of 2000 became an icon. It could be in thousands of shirts.

Just as in other clubs we talk about the black palate, we ask for delivery. A player that perhaps in another team would not take place, in Boca can become flagship. It all depends on effort, commitment, courage. But around this, there is a difficult mistake to banish: Boca may not be a colorful team, but it is far from being rustic.

"I would never have played in Boca because I don't like being flintstones," Norberto Alonso said recently. Throughout history, Boca had very virtuous players, surely more than River: Rojitas, Marzolini, Márcico, Latorre, Guillermo, Gago, Tévez, Salvio, Maradona in his best-and worst-moments, and the cousin inter pares Juan Roman Riquelme.

Boca is a good footing team where ostentation is poorly seen: luxury is vulgarity. Never in the Bombonera is going to see a block of more, a rabona of more, the contempt to an inferior rival. Roman, heir to a tradition of hooks that stand out not only for skill, but for the ability to play the game – Di Stefano, Bochini, Francescoli, Diego – was educated in that imprint.

Exquisite until paroxysm, he was ashamed to be reminded of his prawns. They lowered their tone. I believe that this practice of understanding – of Borgian attenuation – made us better: better bosteros, better people.

In modern football, where the physical is so relevant, Riquelme quickly understood that the fool is the one who runs the most. In the economy of the movements it had a defining advantage. With a fake weary walk, he started to operate at a different speed, that of the mind. He read the game better and anticipated the development of the plays.

Sometimes he played a touch, sometimes he gave an unexpected pass, sometimes he kept the ball to give the strikers time. He was a specialist of narrow spaces. It could be said that it even caused the closure; He let himself be trapped and then, with a masterful touch, a footstep, an amague, a change from foot to foot, he broke off the mark and followed the advance with those neutralized rivals.

We get used to thinking that Boca is a successful club, but it wasn't always that way. All my elementary school and a large part of high school I witnessed how we ran out of gasoline in the last sections – sometimes much earlier – and it was my friends from River, Ferro, Argentinos, who celebrated. But then Bianchi arrived. And with him, Riquelme.

Except in the last stage, in which he suffered several injuries, Riquelme got at least one title per year. Five league tournaments, an Argentine Cup, three Libertadores, a South American Recopa, an Intercontinental: eleven times he shouted "Champion".

He won with almost all the technicians: Bianchi, Ischia, Russo, Falcioni. And with all the presidents: Macri, Pompilio, Ameal, Angelici. Roman, a gentleman of fine print, made us fall into the madness of believing that the Gremio giants were windmills, that Real Madrid came from the Bara insula, which could be lived in a pure epic world without limits.

Football is, above all, a story. For those of us who grew up with the radio company, football was the voices of Muñoz, Víctor Hugo, Pancho Caldiero; it was the magazine The Graphic, the sports of Clarín. Even today, when the image is intended as an absolute panoptic, we need a rapporteur to make us believe in what we see.

I always thought that writers who turned their backs on football missed a large storyhouse. There should be no other sport, except boxing, with the ability to produce so many. Somehow, the athlete, and more one like Román, evokes the classic hero that is told from a frosted voice.

The mud of history

Maradona lives in – for, through, through – the media. Championships, couples, fights, calls, reconciliations, scandals, births: public life and private life are mixed to the point that gives the impression that what has no centimetry in the press, is not really happening. Riquelme has an opposite personality. Does not use social networks, does not come out with models. Talk to the media only when you have something to say.

How many children do you have? How are they called? Are you in a relationship? Do your parents live? All these questions that are answered almost automatically with Maradona – well, except for the children -, with Riquelme they are suspended. "Divinity likes to hide," writer Luis Chitarroni once said. He was talking about another writer, Rodolfo Wilcock, but it may well apply to Roman.

A hypothesis. If it is true that you play as you live, Maradona repeats with the press what he did on the court: he never worried about hiding his game because he was so skilled and had such cunning that no one could stop him. Riquelme, on the other hand, has the fencer's gift. Dose the apparitions and always surprise. Both when giving a pass and when presenting to the press.

Román's last thrust is a few days ago, when he ran as second vice president, accompanying Jorge Ameal and Mario Pergolini in the December 8 elections. He did it a few hours before the closing of the presentation of lists, in which, more than a soccer play, it seems a chess move. Checkmate.

Roman did not need to get into the mud of politics, nobody comes out clean from there. The current president, in fact, has already begun to dirty him. Why, then, does he play his mythical past? Twelve years ago Boca has not won the Copa Libertadores. I think he comes back for that, like when he came back in 2007. To give glory to the club he loves. And who loves him.

Patricio Zunini is the author of "Román", which will soon appear in IndieLibros and Alto Pogo.