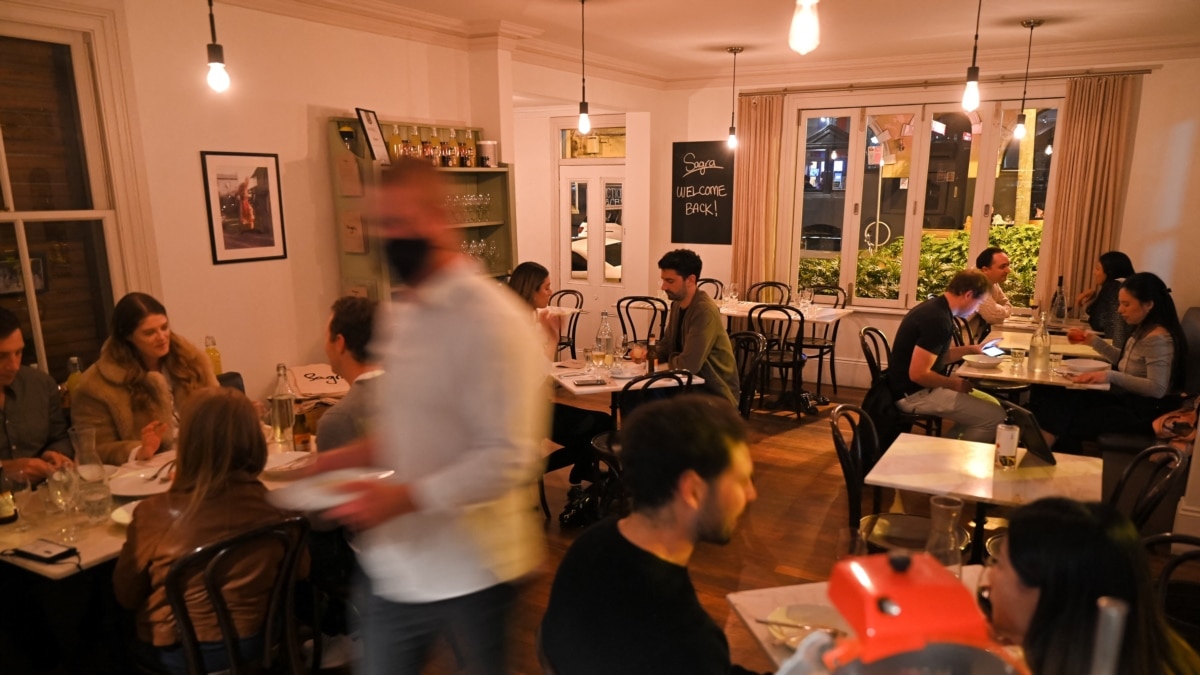 SYDNEY, AUSTRALIA – A Sydney restaurant is using a multilingual, Chinese-made hospitality robot to address chronic staff shortages as Australia’s economy begins to recover from COVID-19 border closures and lockdowns. The robot, which performs the function of waiter, is programmed to know the layout of the tables and deliver the food from the kitchen. It is also multilingual, programmed to communicate in English and Mandarin. The so-called BellaBot is built by the Chinese firm PuduTech. Each machine costs about $ 17,000, or each device can be rented for $ 34 a day, the equivalent of a two-hour salary for restaurant staff. These devices are in use in other Australian restaurants and imports to Australia do not appear to be affected by the recent trade tensions between the two countries. Liarne Schai, co-owner of the Matterhorn restaurant in Sydney, is delighted with her new member of the mechanical staff. “Ah, I love the robot. I love the robot, it makes my life so much easier. It is like a tower that has four trays. You will carry eight of our plates at one time. A geographical map is assigned to the floor (customer names, table locations, etc.) and it knows where all of our tables are, ”Schai said. The Australian hotel industry workforce has traditionally been based on international students. However, they have been restricted from entry after Australia closed its borders to most foreign nationals in March 2020, in an effort to slow the spread of the coronavirus. The labor shortage is affecting not just hospitality in Australia, but a variety of industries, from construction to information technology. Liarne Schai explained that she has been trying for months without success to hire workers. “It is the biggest problem we have at the moment. We have been posting ads for chefs, waiters, kitchen assistants for six months and have not had any applicants. We are offering higher than stated salaries, we are offering bonuses, we are offering everything you can think of to attract the right staff, and I am not even getting inappropriate staff or untrained staff. I’m not going to get anyone, “he said. The labor shortage should decrease when Australia reopens its borders to foreigners, but analysts believe that many vacancies will remain unfilled. Employer groups have demanded that Australia increase the number of jobs. Migrant workers. Australia’s official unemployment rate is 5.2%. But with more than 700,000 Australians out of work, the government is being asked to boost training programs and national wages. Connect with ! to our YouTube channel and activate notifications, or, follow us on social networks: Facebook, Twitter