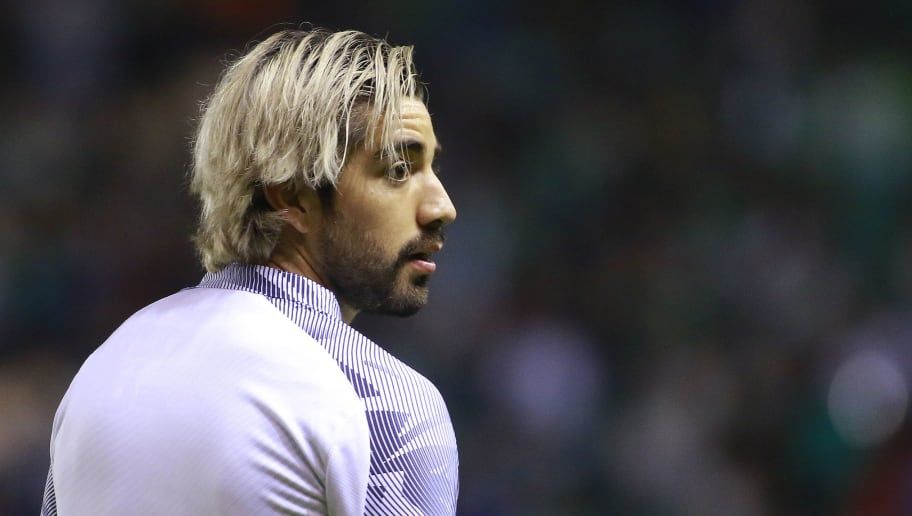 The novel between Rodolfo Pizarro and Monterrey was finished, because on Wednesday the Mexican player’s separation with the Regiomontan institution became official, thanks to the payment that Pizarro made through a third party to unilaterally break his contract with the Rayados de Monterrey, in an operation that was around 20 million dollars. Monterrey was notified in the afternoon that the 25-year-old would not continue as a Rayados player, because his desire is to continue his career in the new MLS franchise based in Miami, So from now on, it can be said that Rodolfo Pizarro is a new player of Inter Miami, a team owned by David Beckham, who convinced him to sign for his team in exchange for European projection in the future. ES️¡ES OFFICIAL⚠️Rodolfo Pizarro leaves the Rayados de Monterrey to continue his career in MLS with Inter Miami. ⚽️Good luck, CRACK!  pic.twitter.com/52Zii70BUg– Half Time (@time) February 13, 2020 This information was released by the club itself thanks to a statement issued through social networks at 5:50 p.m., where the total cost of the operation was not specified nor was the name of the player’s new team mentioned, but left in of course it was to continue his career in the Major League Soccer of the United States. The signing was delayed for two reasons; the main one was due to the taxes that must be paid when a contractual bond is terminated, which they were not willing to disburse from Miami, so they tried to negotiate some other way to carry out the transaction. The second cause was because Pizarro had two termination clauses to leave Monterrey. One aimed at European clubs, who could take the tuzo squad for an approximate cost of 9 million dollars, or the one that was finally made of 20 million dollars to another team on the continent. This situation hindered the hiring of the player, since from Miami they were looking for alternatives to buy the player through some European team and triangulate the operation.This confirms one of the outputs that generated the most expectation during the entire winter market, because during this period There was talk of a possible return to the Chivas, offers of European football and, of course, the loud rumor of emigrating to the MLS. Rodolfo Pizarro arrived in the Rayados in July 2018, from the Chivas de Guadalajara, who received about 16 million dollars for the player’s letter. In this year and a half with the regiomontanos he won a Concacaf Champions League and an MX League, leaving good results in the North Sultana.In this same period, the ’20’ of Monterrey played 64 games, scored 9 goals and gave 6 assists His level made him return to the Mexican National Team, but he ended the ownership with the club for football and attitude issues, largely caused by his desire to leave the club, situation for which he was relegated to the bench. Now he will join the Inter Miami ranks and will compete in the Eastern MLS Conference, awaiting the start of the competition on March 1, when it will debut before the LAFC of Carlos Vela. Another of the dates that should be scheduled on the calendar is when you face the Galaxy of Javier ‘Chicharito’ Hernández and Jonathan Dos Santos, on March 14.