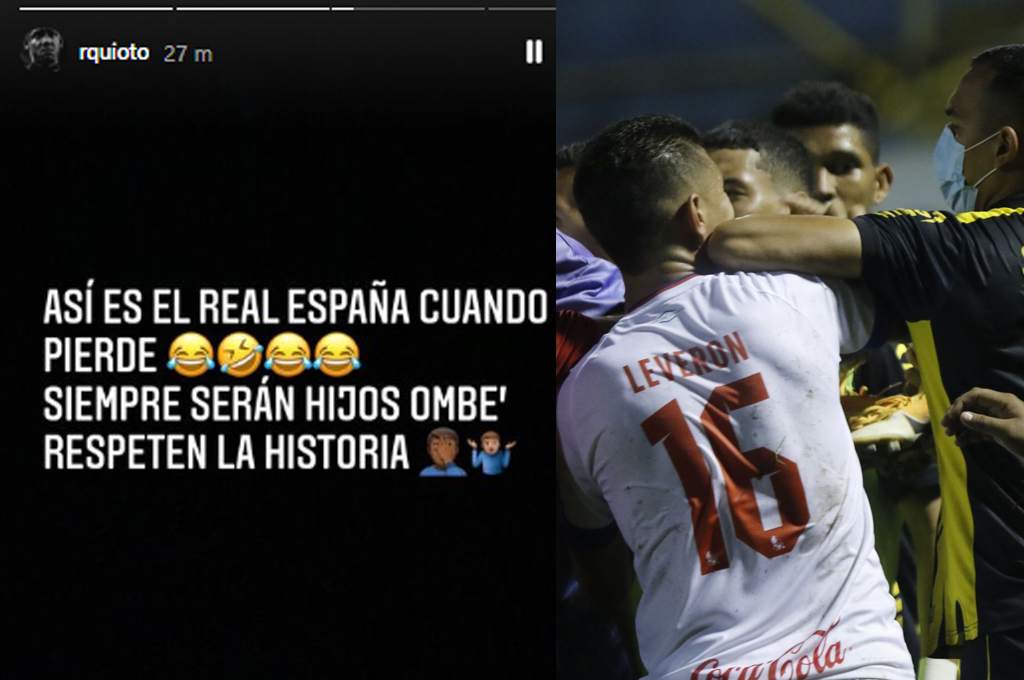 Romell Quioto, true to his style in social networks, has raised controversy once the match that Olimpia won against Real Spain ended thanks to a mistake by the referee Saíd Martínez who annulled a legitimate one to the locals and that in the next action Olimpia managed to score through Michael Chirinos and that meant the final 1-2.

When the referee whistled for the end of the game, the Real Spain substitute players went to blows with goalkeeper Edrick Menjívar after an exchange of risque words.

READ: QUIOTO TO BUSINESSMAN: “I DOWNLOADED YOUR WOMAN AND YOU BLOCKED ME”

Then several footballers got in the middle of the fight and there were blows and insults between the players themselves, an action that caused a controversial opinion from Romell Quioto on his Instagram account.

“That’s how Real Spain is when it loses, they will always be ‘ombe’ children, respect history,” wrote the “romantic” with laughing emoticons.

In a second publication, Quioto continued to add salt to the wound and recalled a great goal that he scored at the National Stadium against the aurinegros in his time as Olympian, “where he grabbed them,” he wrote in a mocking tone. “They even wanted to fight me,” he continued.