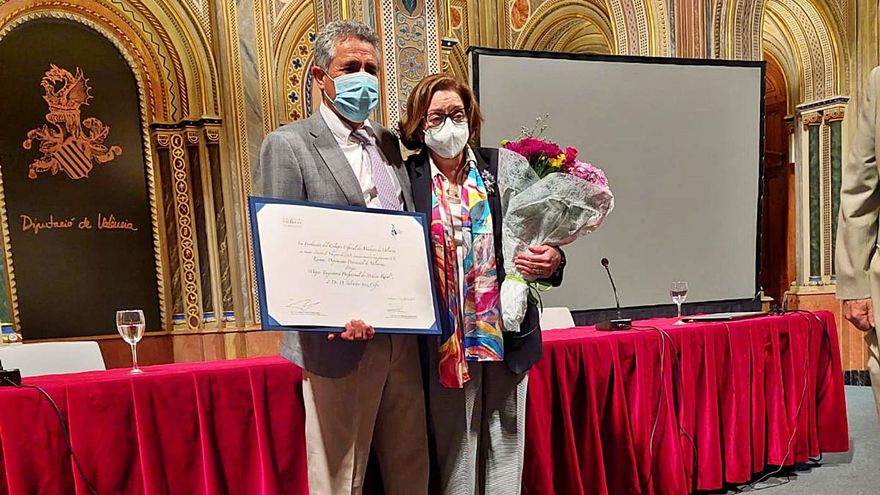 Now, 38 years after that day and 42 years since he began to practice rural medicine (he previously passed through two towns, Estivella and Albalat dels Sorells), the Foundation of the Illustrious Official College of Physicians of Valencia (Icomv) has awarded him the VI Award for the Best Professional Career of Rural Doctor. A recognition that, according to the doctor himself, he shares with his friend Jorge and his family. “I have not won it, we have won it together,” he says from the other end of the telephone line.

Sáez retired last October because “it was his turn”, he clarifies. “Would it have continued for more years?” Asks this newspaper. “Yes, of course it is, it is practicing in my town, with my people,” he says with conviction. It is his town, the one that welcomed him upon his arrival from his hometown, Valencia. However, now it’s time to “rest and take away that enormous responsibility that rural doctors have.” Salvador refers to being the only ones. To be alone in consultation. If something characterizes the work of a doctor in a town, it is “that you always do it alone”, “I used to team up with my nurse, but we always work alone in the towns and that entails a very great responsibility because you cannot consult with other professionals before the problems that arise ».

Another of the peculiarities of being a rural doctor, details the protagonist of this story, is that the literality of the concept “family doctor” is fulfilled. «You know the people, you are totally involved in their life because you not only know their medical situation, but also where they work, their relationships with others and even with yourself, since they are neighbors, you live with the patient every day and that helps to treat them in consultation and know all the necessary information ». The patient is your friend, he is your neighbor, he is the one who runs the bar where you have your coffee or the one who attends you behind the counter of the bakery. “This contact with people is very important, the family doctor is real, he is closer, I would say more human.”

The award-winning doctor says that in the villages there is more time of specific dedication for each patient. The consultations are not overcrowded and there, yes, that of “rural medicine, integral medicine” is possible. So much so, that being a doctor in a small town, and also living in it, means being one 24 hours a day, seven days a week. “I have been living with my family in Alcublas since I started consulting,” he says. In all these years it has been integrated into the entire associative fabric of the municipality. “I have been president of the marching band for 25 years.”

And remember, next, one of the anecdotes that shows that there are no schedules when it comes to taking care of yours. “We were at a band concert and a lady came shouting, ‘Doctor, doctor, you have to come, something serious has happened!'” At that moment, Salvador had to put down the rod trombone — his instrument — and ran to the office. Serie. “In a procession, in a parade, presenting a concert, anytime and anywhere, things happen when they happen,” he says. Not only does he treat his patients, but he lives with them, one of the most valuable characteristics of his profession, admits the doctor.

Now, once retired, Salvador will continue to practice through associations and NGOs. He will continue, from another area but without abandoning the gown that has accompanied him every day for much of his life, dedicated to serving others in a small town in the Serranos whose name Dr. Sáez does want to remember: Alcublas.