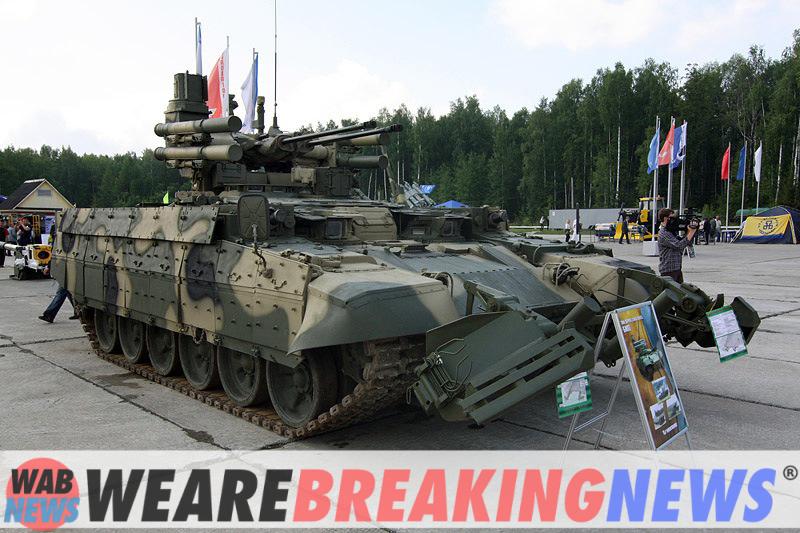 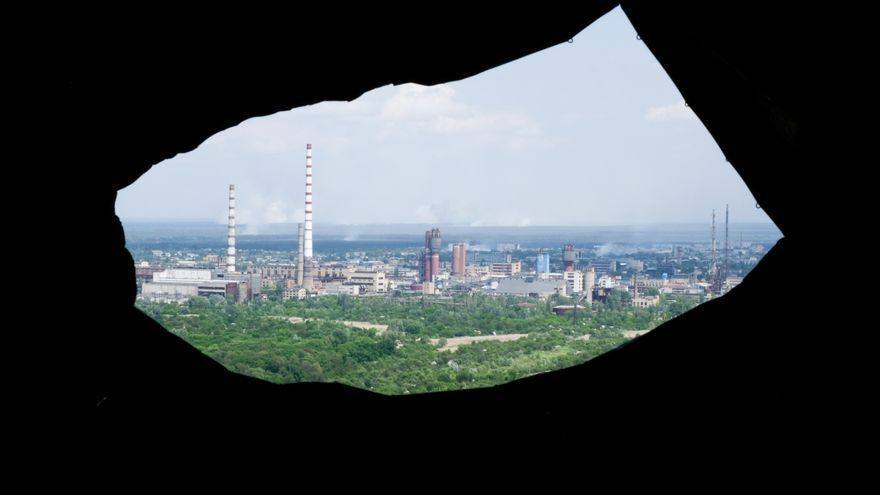 Ukrainian authorities have reported heavy fighting as Russian forces try to advance on Severodonetsk, a heavily bombed key city in the eastern Luhansk region that numbered just over 100,000 before the war and is now almost entirely the focus of the offensive. of Vladimir Putin in the east of the country.

“The Russians are advancing towards the center of Severodonetsk,” the governor of Lugansk, Sergei Gaidai, wrote on his Telegram channel on Monday. “The fighting continues, the situation is very difficult.” Taking the city would allow Moscow to complete its control over the Luhansk region.

In an interview with the Associated Press, the mayor, Oleksandr Striuk, has said that heavy fighting is taking place streets as Ukrainian forces try to drive out the Russians. As indicated, the Russian troops have advanced a few blocks towards the center of the city. Witnesses have told Guardian that Russian tanks are advancing towards this area.

In its last report on Monday morning, the Ukrainian Army confirmed that Russian forces are reinforcing their positions on the northeastern and southeastern outskirts of Severodonetsk and bringing equipment and ammunition from Russia to press their offensive.

“We cannot count the dead”

The authorities have denounced that the bombardments have been so intense that it is difficult to quantify the victims and the damage. “The number of victims increases every hour, but we cannot count the dead and the wounded in the midst of street fighting,” the mayor told AP.

Local authorities believe that between 12,000 and 13,000 people remain in the city sheltering in basements and bunkers to escape the bombing. They also estimate that 1,500 civilians in the city have died since the war began, both from the attacks and from lack of medicine or treatment.

Haidai has assured that Severodonetsk’s critical infrastructure is destroyed and 60% of the housing stock cannot be rebuilt. Electricity and telecommunications have been cut, according to authorities. “More than two thirds of the houses in the city have been completely destroyed. There is no mobile connection. The bombing is constant,” said Ukrainian President Volodymyr Zelensky.

Lugansk’s governor has repeatedly accused Russian forces of wanting to wipe the city off the map by subjecting it to chaotic shelling, destroying residential buildings and killing civilians. “The residents of Severodonetsk have forgotten when was the last time there was silence in the city for at least half an hour. The Russians are hitting the residential neighborhoods relentlessly,” he said last Friday, when he accused the Kremlin forces of attacking the city from several directions at once.

epicenter of the fighting

The city has in recent days become the epicenter of fighting in Donbas, which Moscow is believed to be trying to capture entirely. Severodonetsk is key to this, specifically to seize the Luhansk region, which Russia already controls almost entirely and which together with Donetsk makes up Donbas. According to Western analysts, Moscow is focusing on Severodonetsk almost entirely at the moment.

Both the town and neighboring Lysychansk are situated on the strategically relevant Siverski Donetsk River and are the last major settlements under Ukrainian control in Lugansk. Russian forces are believed to have tried to isolate them, by surrounding them, from the rest of the territory controlled by the kyiv government.

“Capturing Severodonetsk is a fundamental task for the occupation contingent. And they do not care how many lives they will have to pay for this attempt to raise the Russian flag on 32 Druzhby Narodiv (Friendship of Nations) Boulevard, however bitter the name may now sound, where the Severodonetsk administration is located,” he said. Zelensky. “We are doing everything possible to repel this offensive.”

Western analysts say Russian forces have continued to storm Severodonetsk, but made no confirmed breakthrough on Sunday. They view Russian progress in “intense” urban combat as likely to be slow, researchers at the Washington-based Institute for the Study of War say in their latest assessment.

The Ukrainian authorities have compared the conditions of the city with the devastated Mariupol, in the south of the country, subjected to an intense siege for months. “They close, and Lysychansk and Severodonetsk remain surrounded. This is the main task that they are currently solving. The task is to create a ‘new Mariupol’, Oleksiy Arestovich, adviser to the head of the presidential office, said a few days ago.

After encountering unexpectedly strong resistance and logistical problems, the Kremlin abandoned its operations around kyiv and has concentrated on Donbas, the industrial region of eastern Ukraine, where the pro-Russian separatist territories recognized by Vladimir Putin are located and the scene of an armed conflict since 2014.

Russian Foreign Minister Sergei Lavrov stressed this Sunday in an interview with French television that the “liberation” of Donbas is an “unconditional priority” for Moscow. “The liberation of the Donetsk and Lugansk regions, recognized by the Russian Federation as independent states, is an unconditional priority.” About the rest of Ukraine’s territories, he said: “The population of these regions will decide.”

Our newsroom has been focused for weeks on covering the war and its consequences for all of Europe. We are making a special effort to report, explain and verify available information in difficult circumstances and have sent our reporters to Ukraine, Poland and Moldova, among other key locations. We tell you concrete stories and try to give you an overview of the economic and political effects in the medium term, looking for the most expert voices to interview in Ukraine, Russia, the United States or China. 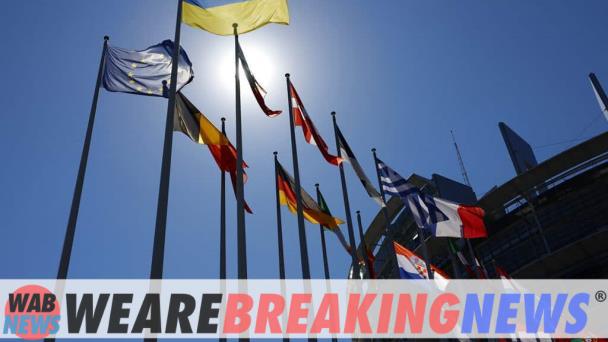 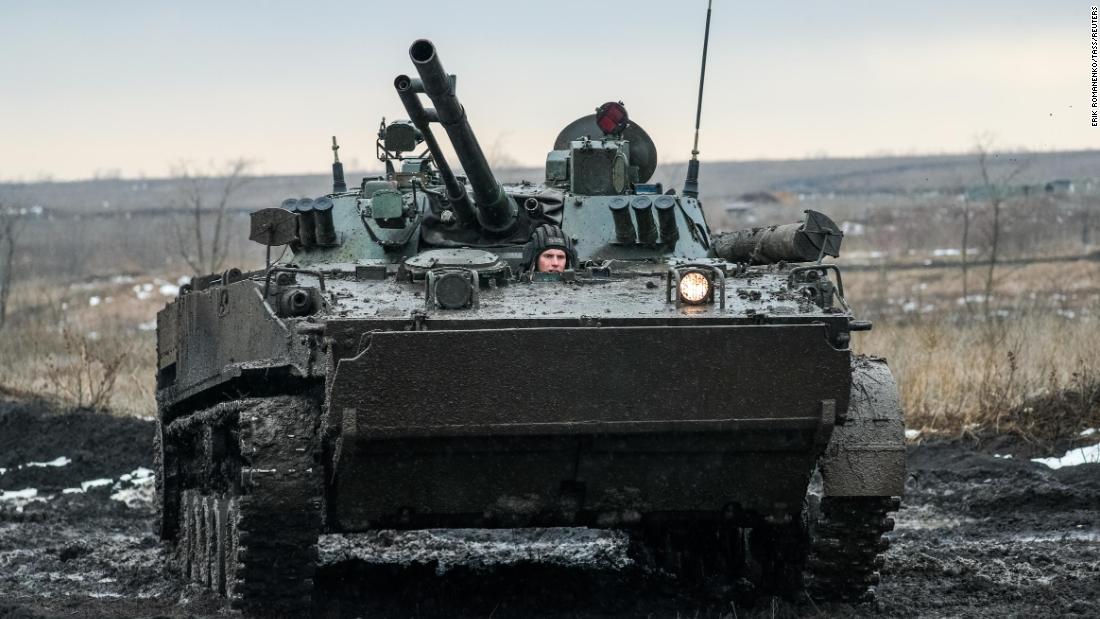 Russian Invasion Of Ukraine ‘could Start At Any Time’

Sergei Kiriyenko, Putin’s “viceroy” In The Occupied Territories In Ukraine