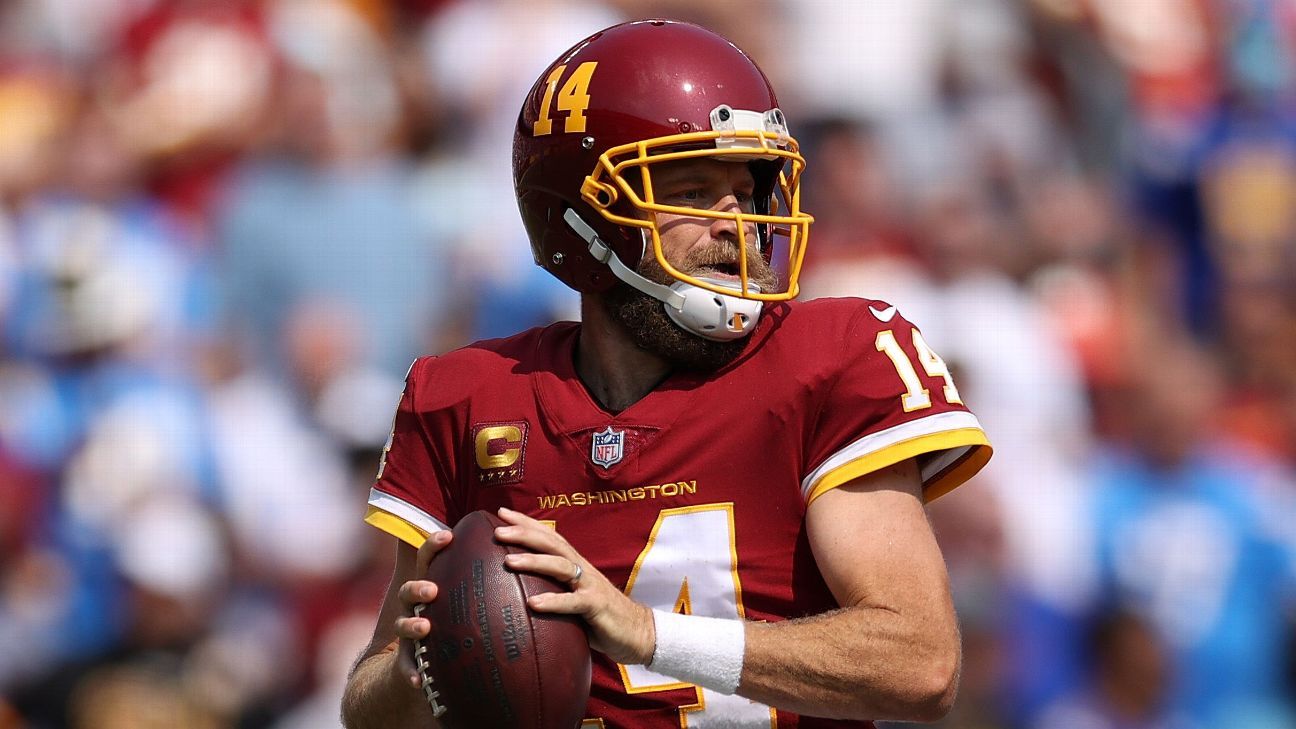 The return of the quarterback was considered unlikely before the news of the surgery, with five games to be played, but the procedure makes it official

ASHBURN – Washington Football Team quarterback Ryan Fitzpatrick will undergo arthroscopic hip surgery, ending any chance he or the franchise had for his return for the season.

Fitzpatrick’s return was considered unlikely before news of the surgery, with five games to go, but the procedure makes it official. He suffered a hip subluxation during the second period of the season opener, a loss to the Los Angeles Chargers, and was placed on injured reserve.

Ryan Fitzpatrick was injured during the opening game of his first season with the Washington franchise. Getty Images

Fitzpatrick, who underwent an MRI in early November, continued to deal with swelling and pain in the hip and groin area in recent weeks, preventing his rehabilitation.

Washington signed the 39-year-old quarterback to a one-year, $ 10 million deal in March, hoping his seniority and steady play from recent years would help. Fitzpatrick, who has played for nine franchises, expected to lead a team to the postseason for the first time as a starter.

His replacement, Taylor Heinicke, has helped Washington (6-6) win four straight games to put the club in position to make the playoffs. Heinicke ranks fifth in Total QBR over the past four games. For the season, he has thrown for 2,809 yards, with 18 touchdowns and 11 interceptions.