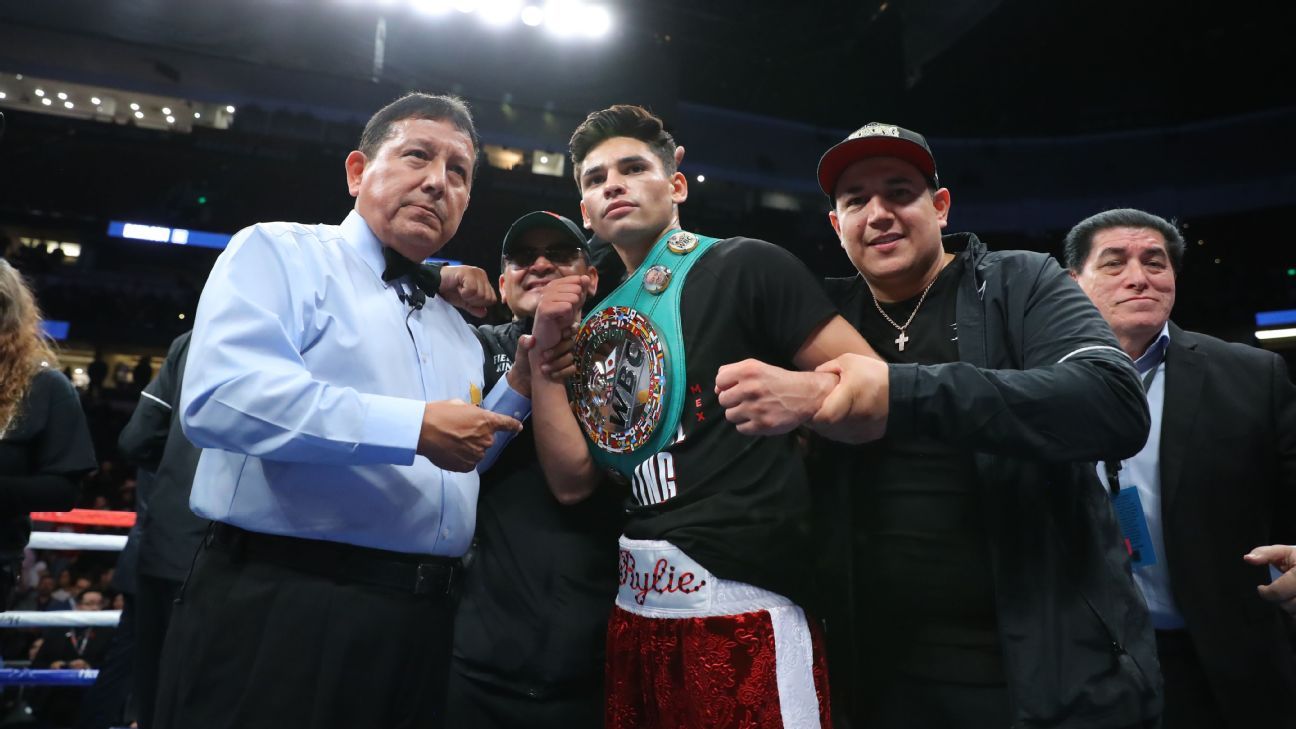 Californian Ryan Garcia knocked out contender Francisco Fonseca in 80 seconds at the Golden Boy Promotions star event at the Honda Center in Anaheim, California, to keep the Lightweight Silver belt of the World Boxing Council.

The best boxing fights during the year are on ESPN +, also enjoy exclusive content. Subscribe now (USA only).

A left hand hook by the young pupil of Eddy Reynoso ended the contest, because the count of the referee Raúl Caíz was not necessary. It took Fonseca a few seconds to recover after the accurate blow to the chin.

Garcia, who is likely to face Venezuelan Jorge Linares in a few months, challenged Devin Haney, Gervonta Davis and other Lightweight champions. Ryan improved his professional record to 20-0 with 17 knockouts, while Fonseca kept 25-3-2 and 19 knockouts.

On the back of the billboard, Venezuelan three-time champion Jorge Linares defeated Mexican Carlos ‘The Solution’ Morales at 2:09 minutes after sending him on canvas twice, the last one definitive. The ‘Golden Boy’ improved his professional record to 48-5 and 29 knockouts, while Morales stayed with 19-5-4 and 8 knockouts.

For his part, the prospect Alexis Rocha knocked Brad Solomon down in the tenth episode, but he was unable to make the knockout and ended up winning by way of the cards with ratings of 100-89, 99-90 and 97-92. Rocha improved to 16-0 and 10 knockouts by 28-3 and 9 knockouts of his victim.