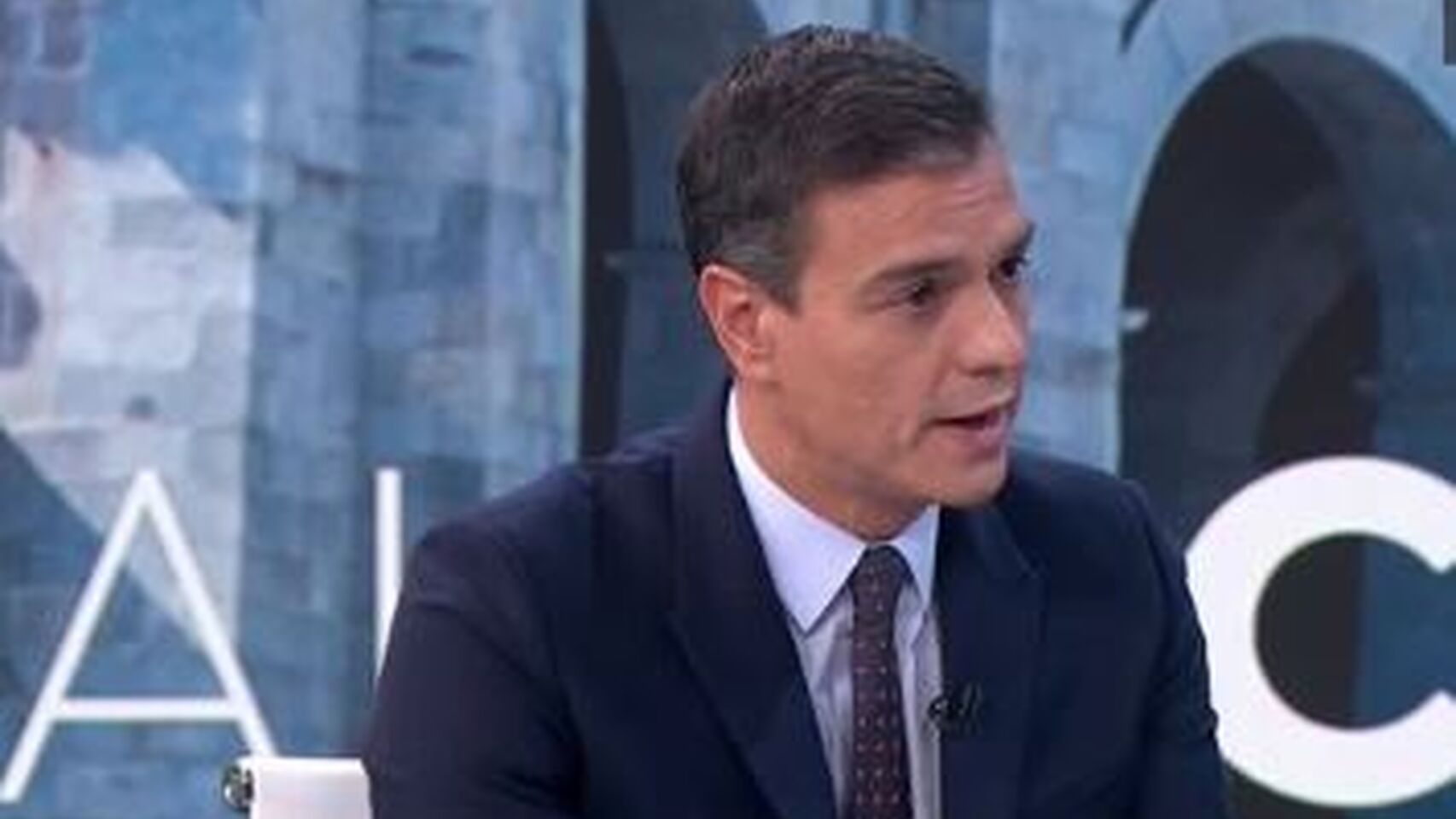 Pedro Sánchez does not finish clarifying how he intends to achieve a majority to be invested if the PSOE wins the elections next November 10. "The only guarantee that there is no blockade is to vote for the PSOE," said the acting president.

The socialist candidate has once again claimed the other political parties "responsibility" and "height of sight" to end what Sanchez qualifies as the "biggest political problem" in Spain: the blockade.

"I hear leaders of PP and Cs change their mind but the question they must answer is if they are going to continue with the blockade, citizens should know," he said during an interview in Antena 3 Noticias.

At the same time, Sanchez has ruled out that he wants to govern with the support of the parties on his right because he considers them incompatible with his "progressive and stable" model of government.

"The great coalition is the trickster that Podemos can use to attack us. They want to hide that they have voted four times that no to a PSOE government," he has defended against the accusations of Iglesias, who accuses him of approaching the right. Sanchez has also accused Casado and Rivera of wanting to "hide" their pacts with Vox: "You can't go moderate and agree with the extreme right."

To the left of the PSOE, it has again categorically rejected a coalition government. "Listening to Iglesias, a coalition with Podemos is unfeasible," he said. Sanchez has asked to look at the example of Portugal, where the left "has unlocked a government in minutes."

The acting president, Pedro Sánchez, said Monday that the day the mausoleum is closed to the dictator Francisco Franco and his remains stop resting with those of the victims, "Spain will have changed and the Circle of the Transition will be closed" .

Sanchez has explained that he does not see the exhumation of Franco's remains in electoral terms but historical and the day that happens "we will be facing a democracy that has been strengthened based on principles such as dignity, memory, reparation and justice" .

On the planned date, Sanchez has said, in line with what the Government has already been commenting on, which he hopes that this October, before the elections, will be when the dictator's remains can be exhumed and reinhumated.

The president has also valued the unanimity of the Supreme Court ruling and stressed that it is "a great victory for Spanish democracy."