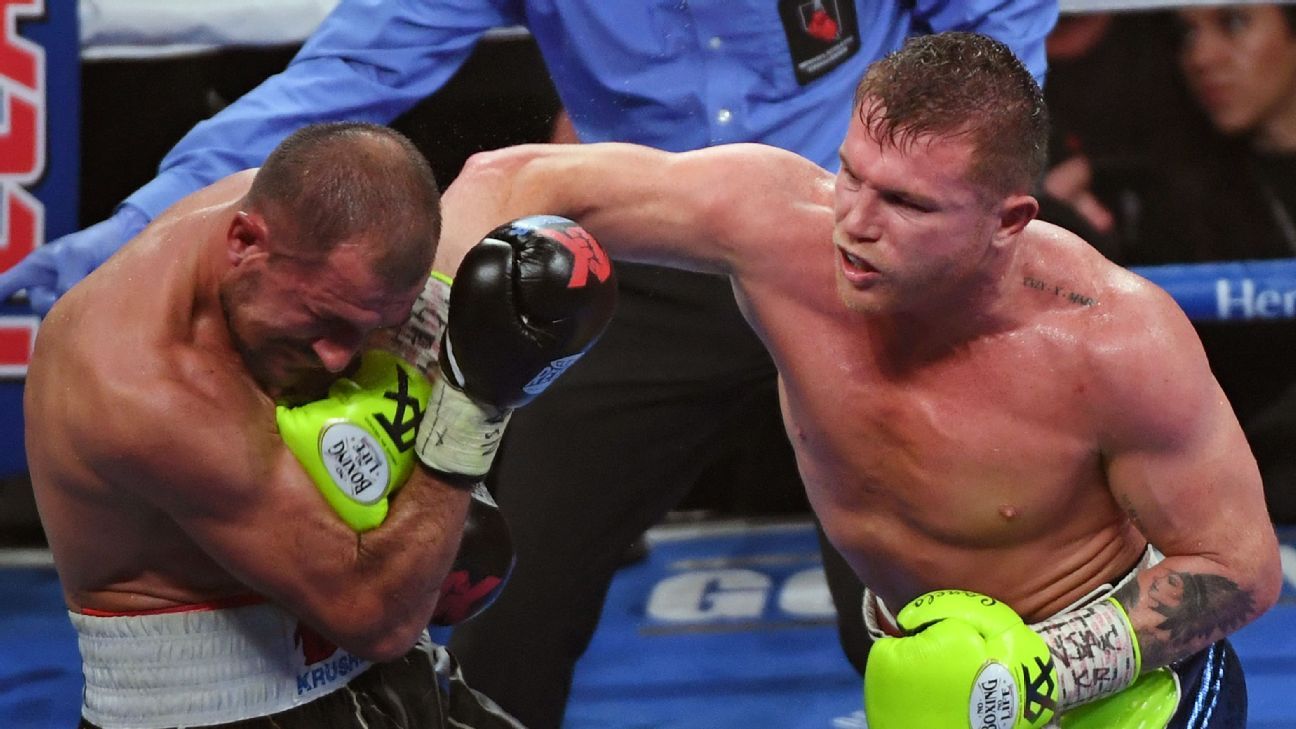 LAS VEGAS – Mexican Saul “Canelo” Álvarez knocked out Sergey Kovalev in the eleventh round to be crowned semi-complete champion of the World Boxing Organization in a fight held at the MGM Grand Garden.

Álvarez became the fourth Mexican boxer to get a world title in four different categories compared to around 15,000 fans.

The knockout arrived at 2:15 minutes in round 11, when Alvarez reached with a left-handed Russian's jaw and finished right there with a right.

The fight began slowly, as expected, with both fighters in the test stage of the opponent in terms of power and boxing, especially "Canelo", who had warned that in his first fight in Semicomplete weight he had to check the way to move , receive blows and hit the Russian, who tried to take advantage of his distance and greater reach.

Either way, the Mexican was the one who first began trying to connect with his left jab and then with both hands in backlash on the body before the scream of the fans, the vast majority in support of the Tapatio.

In the third round came the first scare for "Canelo", when Kovalev put a straight to his face. The Mexican always sought to hit the body, in soft areas, although, at times, he surprised with blows blown to the opponent's jaw.

The Russian was active and tried more quantity than quality in his blows before the Mexican high and closed guard, who for the fifth round was better and more forceful, although with a lot of work to shorten that distance.

In that same chapter, Alvarez managed to put a couple of hooks to the liver in kickback. Kovalev seemed to manage his physique to reach the final rounds of the fight at a good level.

The second half of the fight, from the seventh episode, "Canelo" already dominated the ring, always in front of Kovalev, who only insisted cautiously with his jab without power and distance, never wanting to risk, much less show , before the fans who booed in the eighth round.

In the ninth, Kovalev tried more with speed and little force. "Canelo", again, opted for the body in kickback. The Mexican seemed to connect solid in the tenth round a couple of blows down and a straight to the face of Kovalev, precisely when people already booed desperately at what they considered little action.

In the eleventh round, finally the combination of "Canelo" came, first left to the jaw that topped the same area on the right, when Kovalev was almost loose legs, before leaving the Russian to the knocked out canvas completely .