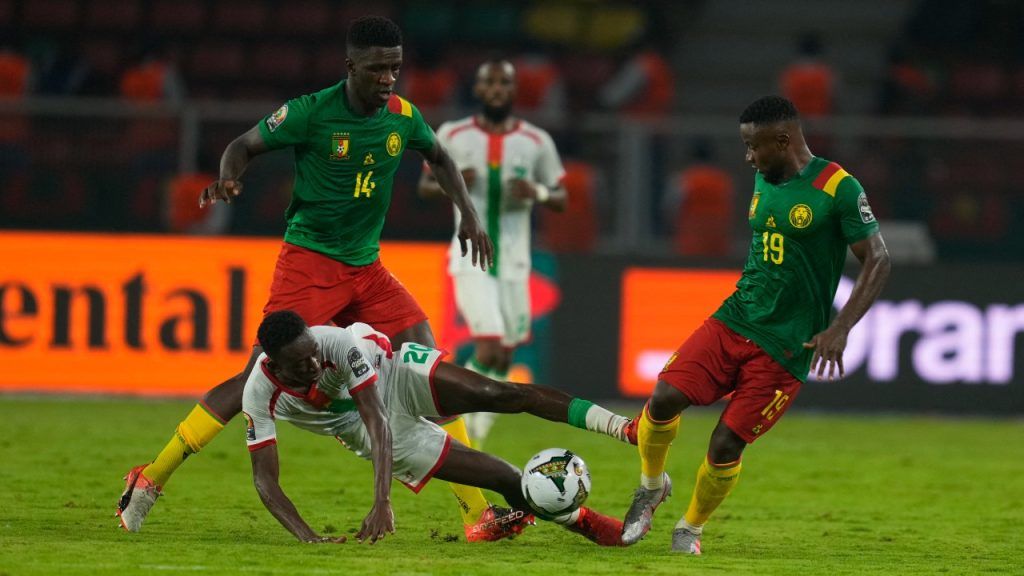 LIMBE, Cameroon (AP) — The referee in the match between Mali and Tunisia at the African Cup of Nations caused chaos Wednesday by prematurely blowing the end of the match twice.

What happened caused the discomfort of the Tunisian coaching staff, the losing team, and also raised the absurd possibility that the game would have to be resumed with another referee to fulfill the minutes that were not played.

It also raised suspicions because the whistler involved was provisionally suspended by the African Confederation in 2018 after being accused of match-fixing and corruption.

Zambian referee Janny Sikazwe gave the final whistle for the first time 85 minutes into the clash that launched Group F in Limbe. Mali was winning 1-0. Sikazwe seemed to realize his mistake and ordered the match to resume immediately.

Sikazwe had time to send off Malian striker El Bilal Touré in the 87th minute for a violent tackle. But Sikazwe blew the final whistle again nearly a minute short of the regulation 90, according to the stopwatch at the stadium and the television broadcast. Mali came out on top 1-0.

The premature end angered Tunisian coach Mondher Kebaier, as well as his assistants. Kebaier entered the court to argue with the referee, pointing to his own watch. The referee had to be escorted to escape the furious Tunisians.

The possibility of resuming the match was also explored. Leaders met on the field for half an hour to discuss the situation.

The Mali players had to return to the field and showed their discomfort at what happened. They started to warm up, while the Tunisian players were still in the dressing room and refused to come back.

His coach said the players were already in the ice tubs.

The Malian national team ended up applauding their fans and left for the second time.

The Confederation of African Football did not immediately provide an explanation for what happened, but it was assumed that Mali would be credited with the 1-0 win.

Although the chaos will generate more negative headlines about the disorganization of the tournament, more worrying news emerged, outside of the matches.

Cameroon’s news agency reported that a shootout between separatist rebels and government forces left two dead and five wounded in Buea, a town 20 kilometers (12 miles) from Limbe and where Mali has its concentration.

The violence was a reminder that the African Cup is not only taking place in the shadow of the coronavirus, but during a rebellion in the west of the country.

Sikazwe was suspended in 2018 for his performance in a match in an African club match. He had been part of the group of referees during the World Cup in Russia that same year.

Ibrahima Koné signed the only goal by converting a penalty in the 48th minute.

Tunisia were able to equalize through a penalty near the end, which was signaled after the intervention of the VAR to confirm a handball. Tunisian captain Wahbi Khazri took charge of the execution, but his shot was repelled by goalkeeper Ibrahim Mounkoro.

Mali resisted with 10 men after Touré’s expulsion and during the time Sikazwe granted.

In another game on the fourth day of the tournament, Gambia beat Mauritania 1-0. A temporary problem with the sound system caused both teams to wait longer than usual to hear the national anthems.

Ivory Coast, champion in 2015, also won by the minimum over Equatorial Guinea.