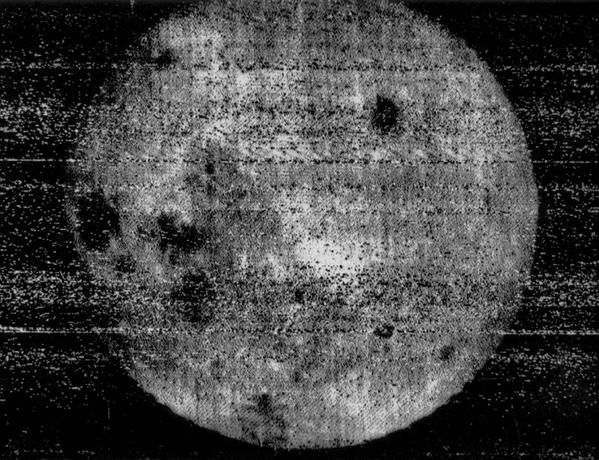 This October 7 marks 60 years since the Soviet spacecraft Luna 3 sent the first images of the hidden face of our natural satellite to Earth.

Although it sent poor quality images (especially when compared to later ones), the historic and never before seen images of the Moon's hidden face caused enthusiasm and interest when they were published worldwide, creating a provisional Atlas of the hidden face of the Moon after improving the images thanks to its processing, reports Wikipedia.

These views are a mountainous terrain, very different from the visible face, and two dark regions that were named Mare Moscoviense (Moscow Sea) and Mare Desiderii (Sea of ​​Desire). It was considered a posteriori that Mare Desiderii is composed of a small sea, Mare Ingenii (Mar del Ingenio), and several dark craters.

The camera, an AFA-E1 dual lens, used 35 mm Isochrome film resistant to radiation and extreme temperatures, capable of taking 40 images. A 200mm lens was intended to obtain the image of the full disk of the Moon while another 500mm could take a picture of a region on the surface. The camera was fixed on the ship and its aim was achieved by rotating the ship itself.

Seventeen (it is also said that twelve) of these images were successfully transmitted to Earth, and six (numbered images 26, 28, 29, 31, 32 and 35) were published. They were the first views that mankind contemplated from the hidden hemisphere of the Moon.