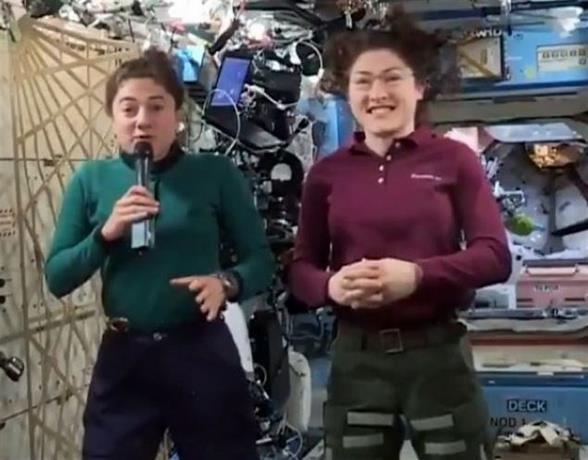 After postponing in March the announced first spacewalk starring only women, NASA has rescheduled this pioneering initiative for this October 21.

NASA astronauts Christina Koch and Jessica Meir, currently crew members of the International Space Station will be responsible for carrying out work planned outside the orbital complex.

In March, Koch had planned to do a spacewalk with his then teammate, Anne McClain, which would have been the first female spacewalk in the history of space travel.

The spacewalk week, however, NASA announced that McClain would no longer partner with Koch, but would be replaced by his male colleague Nick Hague.

NASA justified it because of problems with the sizes of the space suits: McClain realized that he needed a medium size, but only one was available at the time, and that was for Koch. McClain also had his spacewalk days later, alongside Canadian astronaut David Saint Jacques.

But this time, NASA has space suits ready. This year, another space suit was sent to the Station, which is already in a medium configuration, according to Kirk Shireman, NASA's program manager for the International Space Station. That means there are now two medium-sized spacesuits ready for the spacewalk.

NASA claims that the decision to send this second medium-sized suit had to do with the amount of spacewalks ahead and which crew members will be available in the coming months.

"We don't do it for a specific crew member," Shireman said during a press conference, cited by The Verge, but because many people in a medium-sized suit and certified for the spacewalk will travel to the Station in the coming years.