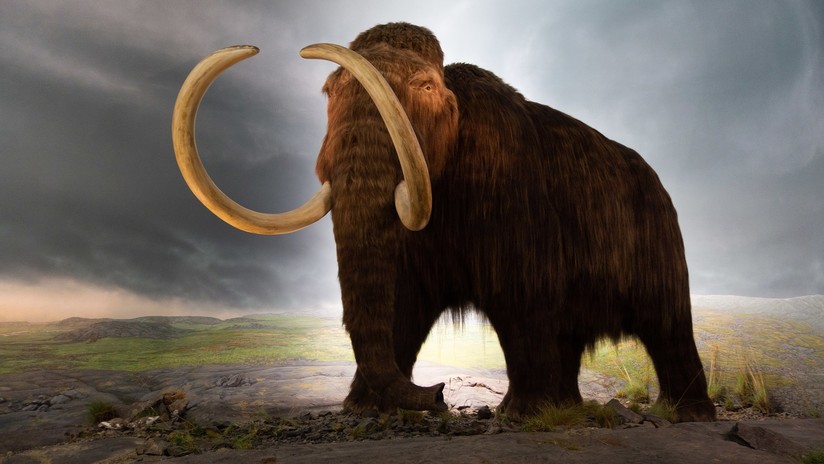 The last woolly mammoths ('Mammuthus primigenius') survived on the Wrangel Island, in the Arctic Ocean, until its extinction 4,000 years ago, suggests an international group of researchers from the University of Helsinki, the University of Tübingen and the Academy of Sciences From Russia.

The scenario of the death of these mammals proposed by scientists involves the combination of factors such as isolated habitat, extreme weather events and the appearance of human hunters on the island, according to their study published in the journal Science Direct.

About 15,000-110,000 years ago, mammoths were widespread in the northern hemisphere, scientists said. Due to the rise in temperatures, which began 15,000 years ago, its habitat was significantly reduced to northern Siberia and Alaska. The last mammoths on our planet survived on Wrangel Island, where they remained isolated from the continent due to sea level rise. The mammoth population of this island, located 140 km off the coast of Siberia, between Russia and Alaska, survived another 7,000 years.

The team examined the isotopic carbon, nitrogen, sulfur and strontium compositions of a large set of mammoth bones and teeth from northern Siberia, Alaska, the Yukon and Wrangel Island between 40,000 and 4,000 years old. The objective was to document possible changes in the diet of mammoths and their habitat and find evidence of an alteration of their environment.

The results showed that the collagen carbon and nitrogen isotope compositions of the Wrangel Island mammoths did not change since the beginning of the warming. Their values ​​remained unchanged until the mammoths disappeared, apparently in the midst of stable and favorable living conditions.

Why then did the last woolly mammoths disappear so fast? Investigators suspect they died due to "events" of very short duration.

For example, that event could have been a rain on the snow that would form a thick layer of ice that would cover the grass of the animals. Food shortages could have led to a dramatic decline in population and, finally, extinction.

Another possible factor could have been the spread of humans, although scientists estimate this possibility as unlikely, since the most recent 'footprints' left by humans on the island date back hundreds of years after the disappearance of mammoths.