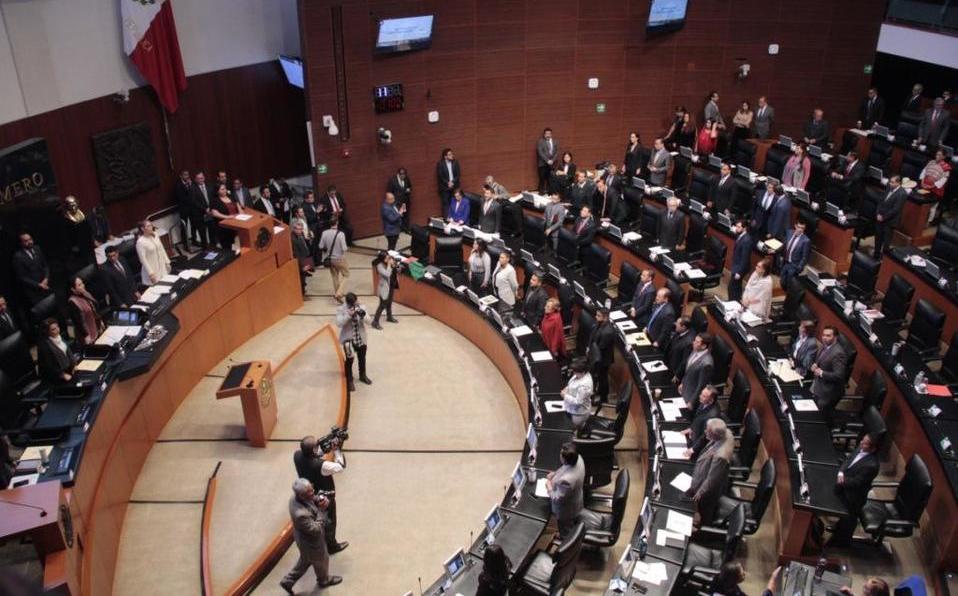 With the exception of the PAN, the opposition as a whole joined the proposal for revocation of mandate when considering the coordinators of the PRI, PRD, PT, Citizen Movement, PES and PVEM banks that this is a historical modification to the Mexican political system which has been a citizen claim as part of participatory democracy.

In setting the position of his parliamentary groups, at the start of the debate to which 30 speakers were registered in general, the PAN coordinator Mauricio Kuri, said that it is an attempt to re-election because although the federal government and Morena deny it, already Other government decisions show that they cannot be believed or trusted.

In tribune the morenista and president of the Commission of Constitutional Points, Eduardo Ramírez Aguilar, explained that it will be the INE who can organize these exercises annually if they are necessary and will be carried out when requested by 2% of the nominal list and there is a 40% vote Citizen

“As the President of the Republic says, the people put and the people take away and today a legislative commitment is fulfilled. Those moments in which the citizens fed up with a ruler had to wait again for an electoral process to renew their hopes are over, today we have a reform that will change the Mexican political system, a reform that is here to stay and we understand well those who think different from us, this is democracy, this is how the country is built and that is how it will continue to be built in the next constitutional reforms ”.

In his turn, the leader of Morena, Ricardo Monreal, rejected that it is a covert reelection, when sustaining can not confuse the revocation of mandate with the ratification of mandate.

In his turn, PRI Miguel Angel Osorio Chong warned that although it is an instrument that will serve the country, if it is used as a political patter to reduce the mandate of the polls, it can generate ungovernability if used perversely and could violate the Mexican political system and its pillars, such as the six-year periods without reelection.

The emecist Dante Delgado stressed that they support it because it empowers citizens and because three stains were removed that had the original minutes: allow the President to request the revocation directly; It was intended to regulate from the center to the states "and the most serious that allowed the exercise on the same day of the elections."

The PRD coordinator, Miguel Ángel Mancera, said they support the reform because it is very different from the minutes sent by the deputies and there was sensitivity from Morena and the Monreal coordinator to change it.

“It is a very important legal instrument. Clear rules have been established for the popular consultation, many of the questions that had been cleared up, it has now been pointed out, clearly, that it is not an exercise for an electoral endorsement; a definition of the revocation of mandate has been included, the citizens have to talk to them, they have to be informed of what has been achieved here ”.

In turn, the ecologist Manuel Velasco said that the revocation of the mandate is not a novelty in the national debate, it is not that overnight it has appeared in the discussions, it has been discussed in many forums for many years, “but unfortunately it was falling asleep in the dream of the righteous… We are convinced that the President of the Republic needs the support of the citizens to give greater results ”

The coordinators of the PT and the PES, Geovanna Bañuelos and Sasil de León, supported the reform by agreeing that it is historic for the country and contains the most transcendental changes for the fourth transformation, since it is about “radically transforming the Mexican presidential system and with it our democratic system and government ”.

During the debate, former panista Germán Martínez called on that party to refuse to approve the reform, despite the fact that it was always a requirement of National Action, which he even registered on his last electoral platform, to which panista Gustavo Madero replied that It was the platform of an alliance.

With information from Silvia Arellano