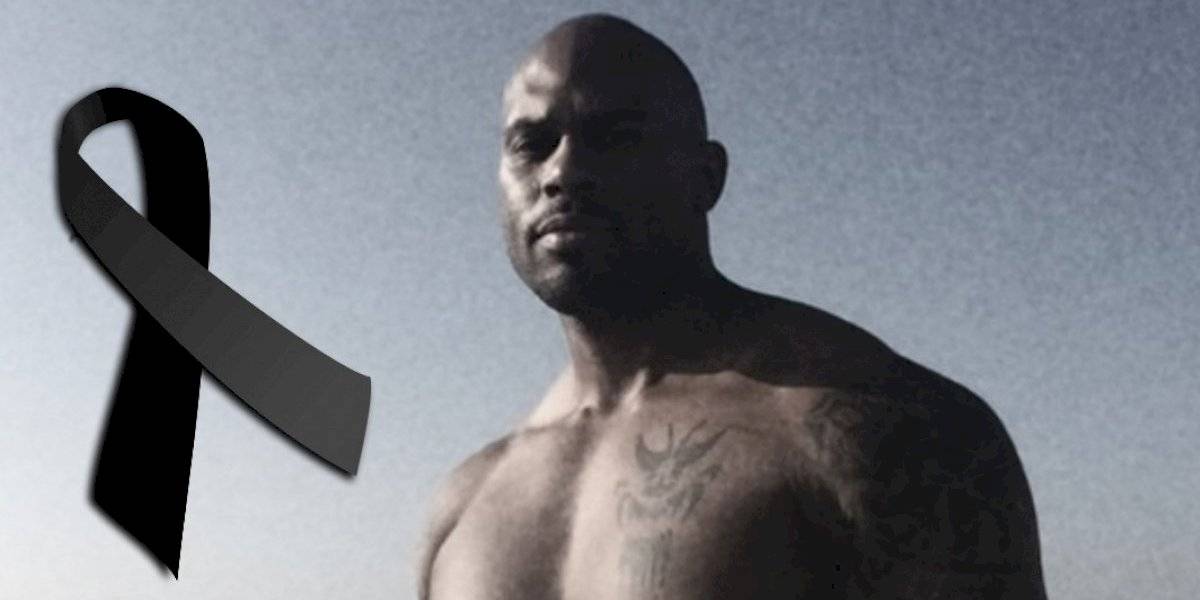 Authorities in Los Angeles confirmed the death of Shad Gaspard , former star of the WWE and who was missing after being swept away by the sea last Sunday, while enjoying time with his family on the beach.

Patrol officers were contacted around 1:25 am by a person reporting that a body had been dragged ashore, according to a statement from the Police Department.

The former WWE fighter had been missing since last Sunday, May 17, after being dragged by the sea

The body of the gladiator was found during the early hours of this Wednesday, near the area where he was last seen, as reported by local police through his Twitter account . ” The body found matches the description of the missing swimmer on Sunday .”

Shad Gaspard drowned. He was 39 years old and his disappearance occurred on Sunday, May 17 , although this was confirmed on Tuesday, May 19.

The ex-gladiator’s body disappeared while lifeguards from the beaches of Marina del Rey in Los Angeles, California, rescued his little boy of just 10 years old.

Gaspard told the lifeguards to save his son before trying to help him. When the lifeguard returned, he said, he saw Gaspard sink and never resurface.

The boy was rescued and several other swimmers managed to safely get out of the water.

Gaspard, 39, was about 50 meters (46 meters) from shore when he was last seen by a lifeguard, police said.

A wave crashed over him and he was swept into the sea.

We would like to express our appreciation to the first responders who rescued Aryeh and first responders, coast guards, divers, firefighters and police departments for their continued efforts to help find our beloved Shad,” the statement said.

Gaspard gained prominence in WWE as half of the Cryme Time team group, along with his partner, JTG.

After retiring from WWE in 2010, Gaspard had small roles on television and in movies, including Kevin Hart’s 2015 comedy “Get Hard.”

#PierIC at 2:19AM @lacolifeguards @LACOFD @LAPDHQ respond to #VenicePier to a report of a body along the shoreline that matches the description of Sunday’s missing swimmer. Crews on-scene extricate from the water and transfer to @lacountymec pic.twitter.com/b5xYmCOBkj

The search started on sunday and did not stop.

With the news of Gaspard’s disappearance and death, the fighting world reacted to the loss of one of their own.

WWE is saddened to learn that former WWE Superstar Shad Gaspard has passed away at the age of 39. WWE extends its condolences to Gaspard’s family, friends and fans. pic.twitter.com/cQDlDgQCHh

My prayers and hope for Shad Gaspard’s wife, son and family during this unthinkable time. Man, this is a tough one. A really tough one.
Great guy.

The thoughts of everyone at WWE are with Shad Gaspard’s family during this difficult time. pic.twitter.com/dLRnF6oElX

Shad Gaspard had a HUGE heart. He was like an annoying little brother at times. We often gave eachother a hard time, but always with love! He always had a big smile on his face and was ready to share a laugh! I have had a LOT of friends and colleagues die. This one hurts different. We shared this incredible moment together. I was angry at him for sharing it. When this video went viral and people expressed their reactions to OUR reaction I realized Shad made the right call. I called him to apologize for cussing him out. We laughed. He recently sent me some of the screenplays he was working on. He had big goals. Big plans. His final act on this earth was to give his life to save his son's. A son, a husband, a father, a friend. A hero…

A hero. You’ll be remembered as nothing less than a hero. Heartbroken. 💔 pic.twitter.com/p3DFs3gbQs

Never did the meaning “brother “mean more to me than it did with #ShadGaspard. I’ll never forget the day Shad posted these pics of us early 20 something-year-olds,& illustrating our pathway through life’s accomplishments & into fatherhood side by side 4 20 years!I love u brother pic.twitter.com/jJSDCuWnk5