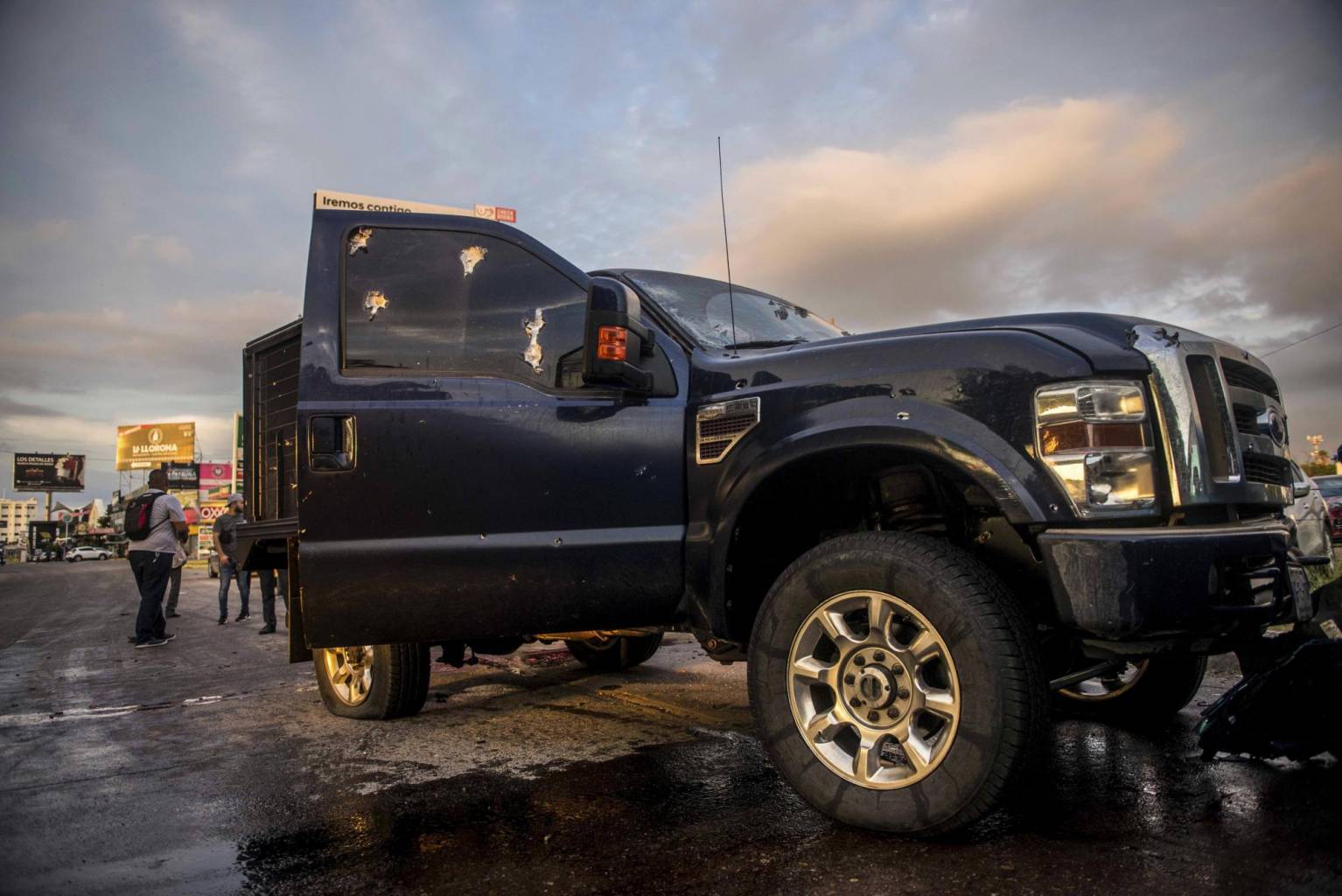 CULIACÁN, Mexico (AP) – Culiacán, capital of the Mexican state of Sinaloa, was the scene of intense shootings and road blockades after the location of one of the sons of Joaquín “El Chapo” Guzmán, who apparently was free. Thursday's operation caused chaos in the streets and a prisoner escape from a prison in this city in northwestern Mexico.

The incidents caused 21 gunshot wounds and an undetermined number of deaths, among which there would be no military or National Guard personnel, explained the State Secretary of Public Security, Cristóbal Castañeda, in a preliminary balance sheet almost at midnight. In addition, 27 prisoners escaped from the prison, he added.

After hours of shooting, the appearance of burning vehicles in different parts of the city and the call to calm the state government, armed men continued to circulate through the streets in the middle of the night and some roads were still cut. There was no notable presence of the security forces.

A video message from Alfonso Durazo, federal secretary of Security and Citizen Protection, did not contribute to the peace of mind because, although he confirmed that the authorities located Ovidio Guzmán López in a routine patrol in the afternoon, he did not make it clear whether the son of ' El Chapo 'became arrested, if he was arrested and then released by the intensity of the fighting or if he simply fled.

However, José Luis González Meza, one of the lawyers of the “El Chapo” family, told The Associated Press that Guzmán's relatives told him that “Ovid is alive and free,” although he said he did not have more detailed information on What happened during the afternoon.

Durazo explained that 30 elements of the National Guard and the army were attacked from a home when they were conducting a patrol, that the military repelled the aggression and took control of the home and that was when they located four people inside, one of them Guzmán Lopez

However, he added, organized crime groups surrounded the place "with a greater force" than the military and spread panic in various parts of the city, so the federal government chose to stop the operation.

"In order to safeguard the superior good of the integrity and tranquility of the Culiacan society, the officials of the security cabinet agreed to suspend such actions," he said.

Guzmán López is not one of the best-known children of "El Chapo", the leader of the Sinaloa cartel who was sentenced in July to life imprisonment for drug trafficking, but the US authorities are seeking him for cocaine, methamphetamine distribution charges and marijuana from Mexico to that country from 2008 to 2018 with his brother Joaquín Guzmán López.

Shooting at various points in Culiacán began after the actions of federal forces. On social networks, videos were broadcast showing trucks with armed civilians and large-caliber machine guns, vehicles burned on some roads and in toll booths outside, a practice that organized crime groups often use to prevent mobility of the authorities.

In a short time, the city was paralyzed: it was impossible to drive through the streets of downtown and in a wide perimeter around the Attorney General's Office. The shots were heard in the four cardinal points while the police closed the roads where shootings were reported. Several airlines, such as Volaris and Viva Aerobus, canceled many of their flights.

"Nothing works," Ricardo Gonzalez, a state congressional worker who locked himself in his home after picking up his 15-year-old son at school, told the AP. "There is psychosis, nobody knows what is happening, but we are all afraid and have already told us that tomorrow we do not show up at work."

The governor, Quirino Ordaz, confirmed in statements to Milenio Televisión that classes were suspended but said that business would work.

Gonzalez, however, doubted it.

"There is no public transport, there are no taxis, people from outside the city have been blocked here and tomorrow everything will be the same," he added after assuring that he did not remember a similar situation for almost a decade, when the Sinaloa Cartel lived an internal war

With the third and final detention of “El Chapo” in 2016, a fight broke out for the control of the group that was deactivated with the imprisonment of Dámaso López Núñez and his son, Dámaso López Serrano. The first was captured by Mexico and the second was given voluntarily to the US authorities.

Experts agree that the reins of the cartel, which continues to operate despite the imprisonment of its leader, are in the hands of Ismael "El Mayo" Zambada, co-founder of the criminal organization three decades ago, and two of El Chapo's children , Iván Archivaldo and Alfredo Guzmán. The latter, the United States accuses him of drug trafficking in Chicago and was kidnapped by the Jalisco New Generation Cartel in 2016 in what experts considered an attempt by this organization to enter Sinaloa.

The federal security cabinet was scheduled to meet in Culiacán on Friday morning to report their actions.

A previous version of this office was corrected to clarify that the lawyer's last name is González Meza, not Meza.