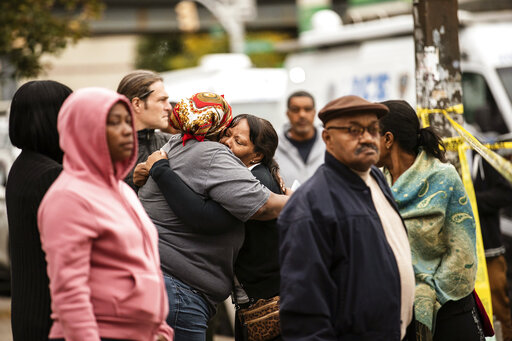 New York police have reported on Saturday that in the early hours of the morning four men were shot dead and three others were injured in a building on Utica Avenue in Brooklyn.

The injured people were taken to local hospitals. Your injuries do not appear life threatening.

Police officers noticed what happened after responding to a report of shooting noise shortly before 7 a.m. local time. Detective chief Dermont Shea explained in a subsequent press conference that the four dead (all men) were found dead in the place.

According to the investigators, it was an illegal gambling house. The victims, who have not yet been identified, were between 32 and 49 years old. Two may have lived out of state, and the rest resided in neighborhoods in Brooklyn, Shea added.

Among the three injured there is a woman. A fourth person suffered injuries while trying to escape from the crime scene, but was not hit by gunfire.

In total, at the time of the event there were at least 15 people in the premises, according to police, who are interrogating several of them.

At the scene of the crime the agents recovered a revolver and a gun. According to the authorities, there were at least 15 shots.

At the moment, according to The Associated Press, there were no arrests related to these events. Police are still investigating what might have been the reason that triggered the shooting.

This Saturday was the second mass shooting in Brooklyn in the last three months, after which last July left one dead and eleven injured when two people opened fire at a street party.

That event and several more lived this year in that area are according to the authorities related to gang activity, something that is ruled out on this occasion.

One dead and several wounded after shooting in Brooklyn; the police are looking for two men