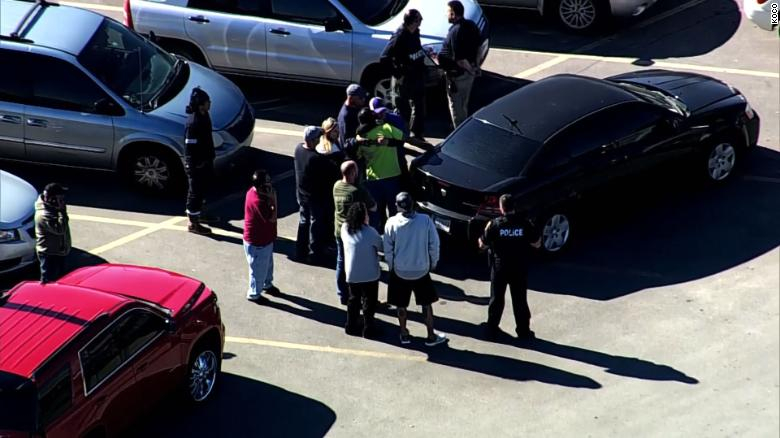 (CNN) – Police reported that at least two victims died after an armed man opened fire on Monday outside a Walmart in Duncan, Oklahoma, before apparently shooting himself.

In a Facebook post, the Duncan Police Department said a man and a woman died in a car parked at the Walmart, and that another individual outside the vehicle also died.

Local police did not clarify whether they were including the armed man among the fatalities, but witness Aaron Helton told CNN affiliate KOCO that two people were killed in the parking lot and that the attacker was shot after a witness Will confront with a gun.

Helton told the station that he heard nine shots.

KSWO, a CNN affiliate, and The Duncan Banner, citing local police, also said the gunman was among the three dead in the parking lot.

According to police, a gun was recovered.

Duncan Public Schools said they would close their schools and that visitors would not be allowed until the police declared the situation safe. Less than an hour later, the school system said it had lifted this measure after obtaining approval from the authorities.

An aerial view of the Walmart, located next to a shopping center, shows a large portion of the parking lot cordoned off with yellow tape. Several emergency vehicles were at the scene.

"As it is an active police investigation, we are currently sending additional questions to the authorities and helping as much as possible," a Walmart spokesman told CNN.

This is a developing story.

Amanda Watts, Brad Parks and Cristina Alesci of CNN contributed to this report.