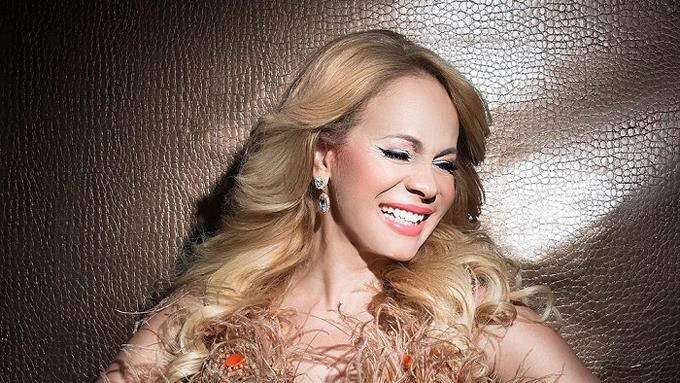 Miriam Cruz will celebrate this 35 years in music at the Puerto Plata Amphitheater on Saturday, October 12, with a validity that inscribes her in the circle of the country's artistic leaders.

"The Bride of the Atlantic" prepares to receive "La Diva del Merengue" on stage that will dress up with a staging that promises to make the audience vibrate with excitement at a concert that is envisioned as one of the most Great 2019 in this place.

With more than 60 musical successes in different genres, Miriam Cruz promises a show where all the splendor of her 35-year career will be revealed with the talent and sympathy that characterizes her.

Miriam Cruz is the Dominican artist who has filled the most important stages of the country such as the Theater of Fine Arts seven times; the Great Theater of the Cibao, the Amphitheater of the PUCMM University, the Cibao Stadium, the Altos de Chavón Amphitheater, the Water and Light Theater, among others.

Internationally, Miriam Cruz has taken her music to the most demanding stages and in more than 60 countries on five continents.

Special mention deserves its participation in the Ibero-American Song Festival (OTI) in 1994, where it ranked fourth with the theme "Agua de Sal", by composer Manuel Jiménez.

They are 35 years "of a very productive and successful artistic career that places her on a privileged page where warrior women are, of those who never lose hope because it is their north, diamond talent with quality and personality, perseverance and faith , of those who do not throw in the towel and fight with courage, love, passion, heart and spirit for their goals, "said artistic businessman Luis Medrano.

The meringue star arrives at the Puerto Plata Amphitheater under the production of the Emporio Luis Medrano, sponsored by the Ministry of Tourism, Presidency of the Republic, Mayor Walter Musa, the Lifestyle Group, Color Vision on its 50th anniversary, A and B Electro Muebles, CDN Music, Presidente Beer and Chivas Regal.