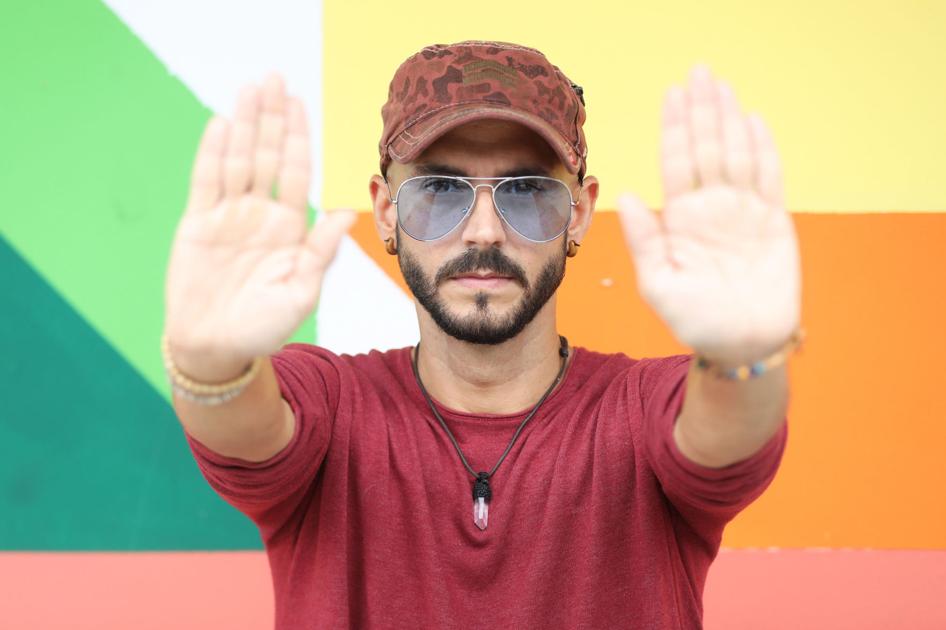 Singer Sie7e is disappointed that music is a "hobby for millionaires." However, he continues in combat for his career and his next reggae record production, without the backing of a label.

The album has taken a year of work with his band The Islanauts, being a sample of the single Café con cinnamon. Soon he will master it in Medellin, Colombia.

“I am about to take out a lot of things that were being cooked in silence. I do not know what will happen because I do not have a label, what I have is music and things to say, but it will appear, ”explained who is between Puerto Rico and Argentina.

However, he is reluctant to record house format.

“As the music industry is armed, it is very unconvincing for me. It's not that I'm against … I'm going to play the game because it became that and a business, when they were human beings trying to connect through music, which is the only thing that should be. For me it will never cease to be, but I have to learn to speak that syringe as long as I want to continue making music for people, ”he acknowledged in an interview with EL VOCERO.

His new musical proposal is developed with his previous albums in mind.

“I am very excited. The reggae we are doing I like very much. It is a record I made thinking about old records, which were not fixed and that was a conceptual thing, more like reading a book. It's not the "fast food" music formula, it doesn't look like what you hear today on Spotify or on the radio, ”he said.

The exact date of production launch is uncertain.

“I am crazy to get it out; If nobody found out, I took it independently. Now being an artist is a hobby of millionaires because it is very expensive. I am very disappointed but it does not mean that I take off, I am learning to press against that without resorting to what the system wants: that you pay for the pad, buy the pattern, the 'views' or the 'followers' ”, said the voice of I have Your love.

Then, his focus is the tours and playing live for the public.

“If I make a theater of 100 people or 1,000 who really wanted to go and connected with what I am saying, I am much better than a stadium full of people, who is not very sure who went to see because it is the taste of month. If we reach the Amen stadium, but it has to be the right way this time, ”he said.

Apart from being immersed in his new music, David Rodríguez Labault – his first name – enjoys his family life and especially his face as a grandfather with his first granddaughter – already five months – Lúa, of his daughter Paola.

"Is beautiful. He looks me in the eye, smiles at me and collapses. It is one of those events that make you rethink everything again, ”he admitted.

The composer also refers to questioning "what is important and what is not, why are we here? … very existential and deep things. My role as an activist grew a little exponentially at the level of artist and musician, mostly driven when she was born because there are a thousand things I want to do. ”

Although he assures that he freed himself from many fears – even death – not so his concern about the world he will leave for Lúa.

“Am I leaving this better for my granddaughter when I leave and for all the granddaughters and grandchildren of the world? Or am I being part of the problem? Because everyone is still focused on economic growth and the world is falling apart, we are in a bubble, ”he said.

On the other hand, Sie7e premiered creating music for cinema in the Puerto Rican film Prosthetics, directed by his brother Ariel Annexy Labault and currently on the billboard.

He enters the cinema

“I am very honored because I had never done a“ film score ”. I hadn't done anything for an hour and a half, I had my doubts. I started studying everything I could and all the teachers I admire from that world. It is not the same as the ‘soundtrack’ (soundtrack), the ‘score’ is the music composed for the film and often becomes orchestrated, but there are no rules. I made a mix of virtual instruments and live because of budget, but we are very happy with the result, ”he said.

All the pieces are instrumental and clarified that it is not about Sie7e.

“It's not reggae; This is what the movie is asking for, which is a dark comedy and as a composer it gave me the opportunity to do cynical, crooked, many dissonances and things that are purposefully purposeful. There is a very dark side that I took for a walk there, ”acknowledged who had fun doing a cameo as a film director in Prosthesis, starring Carlos Marchand, Denise Quiñones and Emmanuel Logroño.